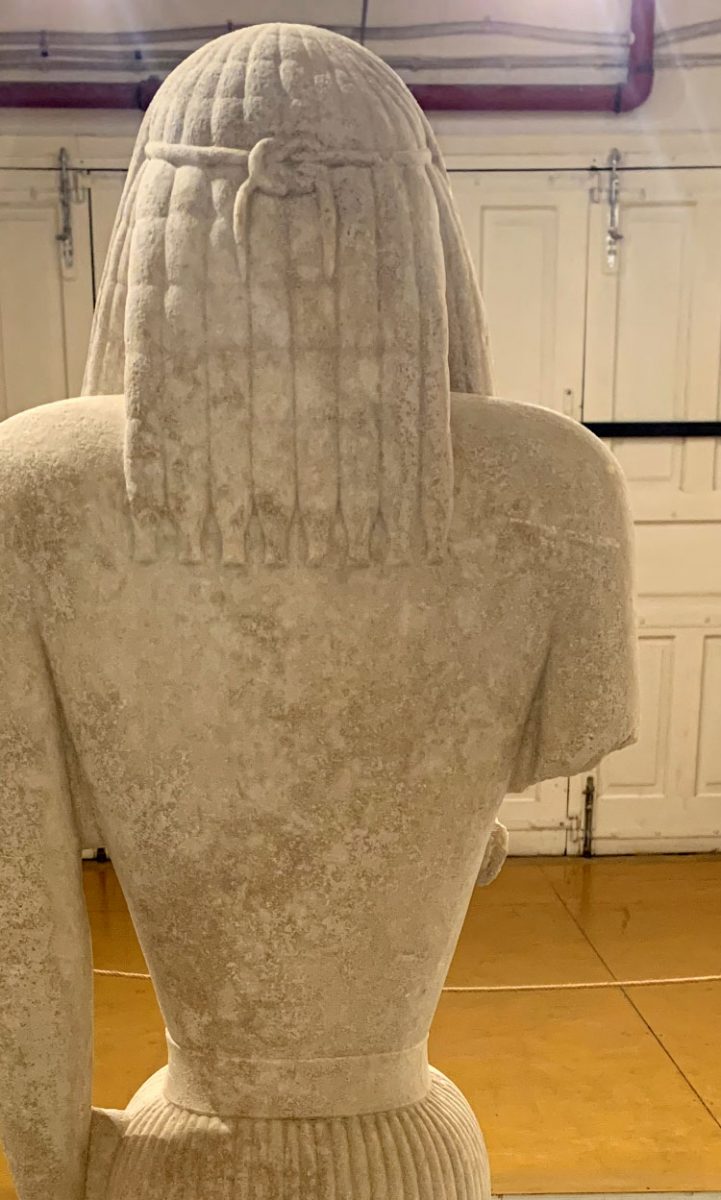 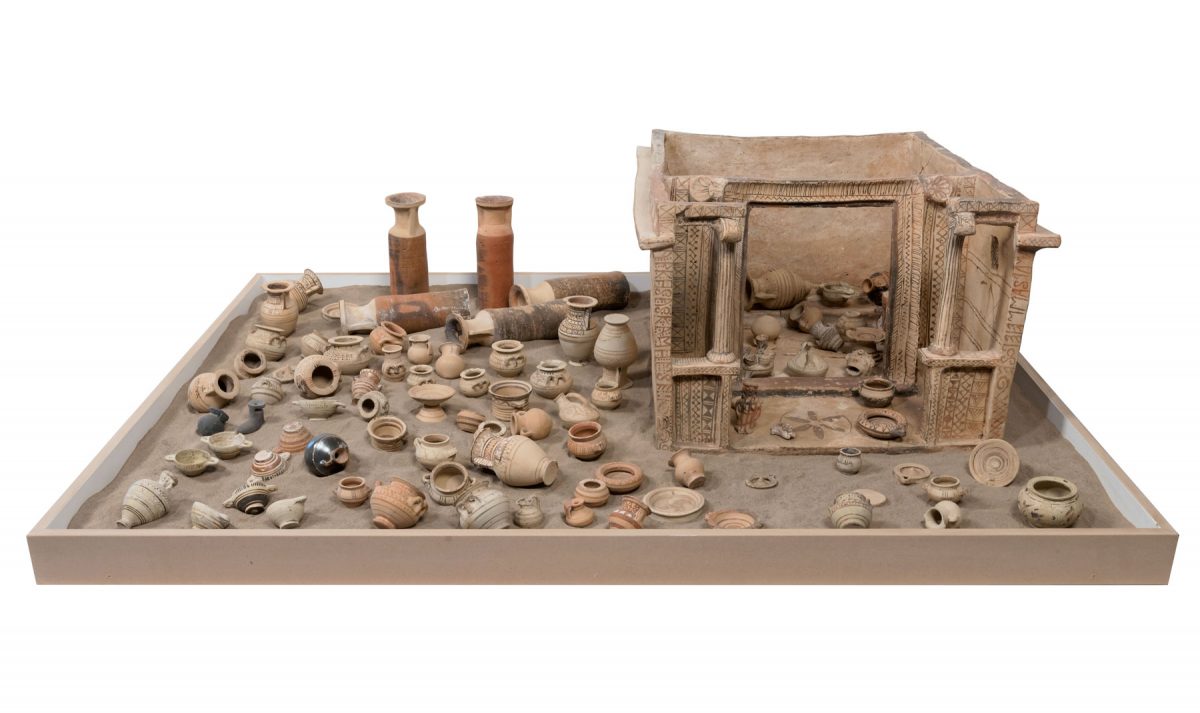 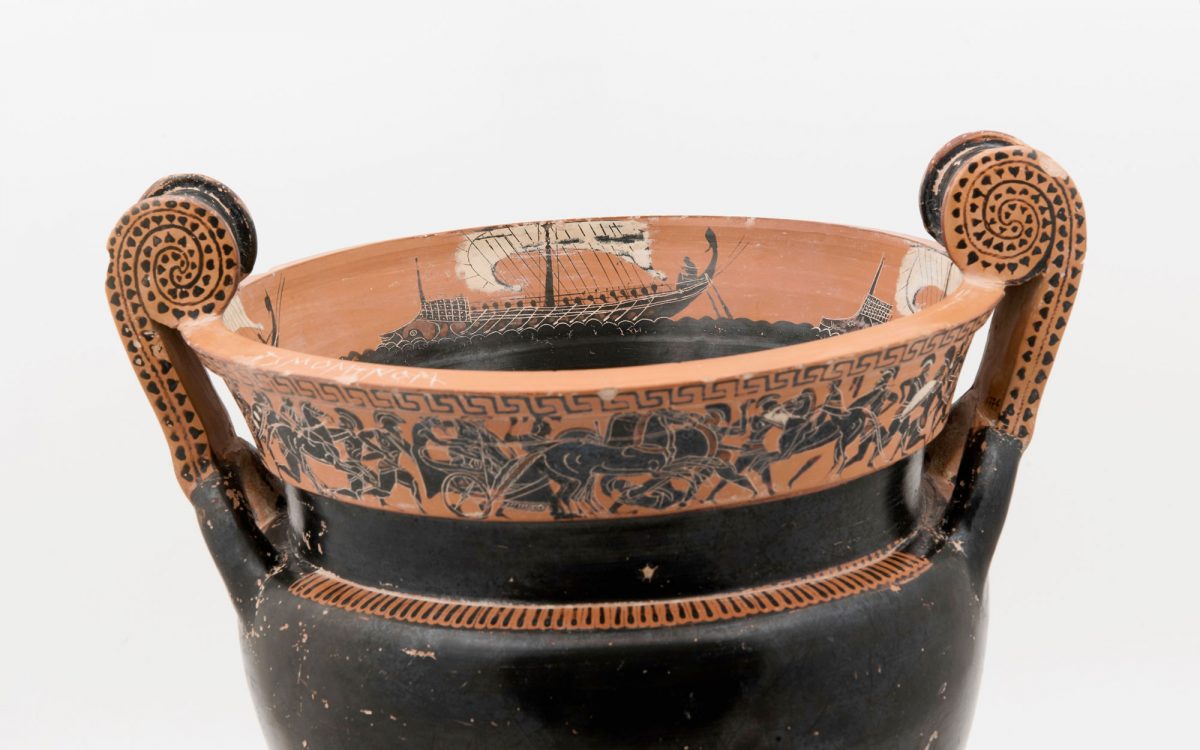 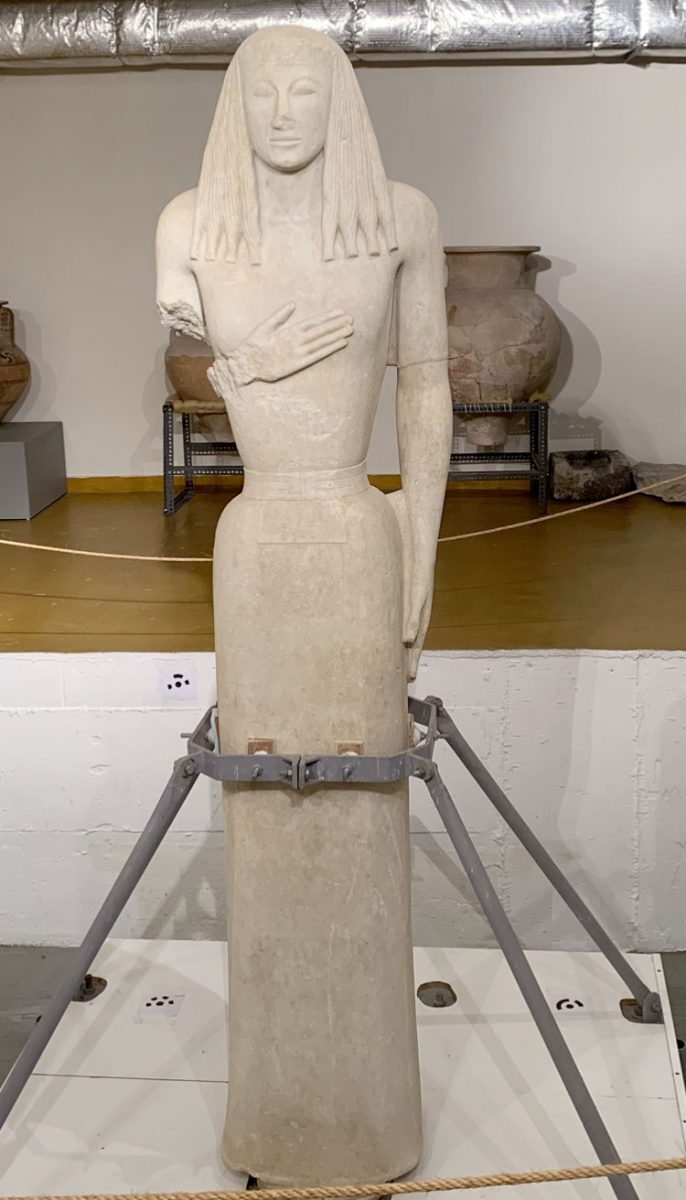 Upgrading of the Archaeological Museum of Thera is being speeded up

The project is supported by extra funding

The Ministry of Culture and Sports is proceeding with the modernization of the Archaeological Museum of Thera, the upgrading of its building shell and the new display of its permanent exhibition, after a visit to the site by Minister Lina Mendoni on June 13, 2020.

The Minister of Culture and Sports, classifying the project as an absolute priority, decided to boost it with additional funding – provided by the programme contract between the Ministry of Culture and the South Aegean Region and the Municipality of Thera ‒ and asked for the immediate start of implementation procedures.

“The implementation of this project,” said Lina Mendoni, “is being boosted with additional funding while being speeded up at the same time. We will facilitate this process in every way to ensure the thoroughness of the operation and to return the treasures kept in the Archaeological Museum as soon as possible to the people of Thera and to the hundreds of thousands of visitors to the island. The Ministry of Culture and Sports is financing all  construction work for the building’s restoration and upgrading, while the resources of the Programme Contract are available for the new exhibition”.

Following the recent visit of Prime Minister Kyriakos Mitsotakis and the Minister of Culture and Sports to the Archaeological Museum of Thera, two meetings were held at the Ministry of Culture on June 23 and 24, 2020, attended by government officials, with the participation of the Directorate of Studies and Execution of Works of Museums and Cultural Buildings, the Ephorate of Antiquities of the Cyclades and the project’s researchers, with the aim to speed up its implementation.

The needs for its radical building repair and modernization/updating of the permanent exhibition had already become visible since the late 1990s. Among a multitude of new important excavation finds from the necropolis of the ancient city of Thera related to its historical evolution and culture in antiquity, new ones are constantly being added, mainly from its northern ancient port, today’s Kamari. The great discovery in the cemetery of Ancient Thera in 2000 by the late archaeologist Charalambos Sigalas of the huge marble Daedalic style Kore, set new standards for the renovation of the Archaeological Museum of Thira, as it, the statue, is expected to be its central exhibit

The Ministry of Culture had prepared a study, completed in 2007, for the expansion-repair-modernization of the museum infrastructure with a team of technical consultants in collaboration with the Directorate of Execution of Works of Museums. However, for various reasons it was not possible to implement the project until 2018. That year the Programme Contract for Cultural Development known as the “Programme for the Study, Preservation and Promotion of Monuments, Monument Complexes and Museums on the boundaries of the Municipality of Thera” was signed between the Ministry of Culture and Sports, the Region of the South Aegean and the Municipality of Thera which is also financing it.

The Archaeological Museum of Thera, one of the oldest museums in Greece and the Cyclades, was founded in 1902 to house the findings of German excavations from 1896 to 1902 in the ancient city of Thera. The existing building, designed by architect Konstantinos Dekavallas, was erected between 1960-1962 as part of the rebuilding of the town following the destructive earthquake of 1956. After being expanded and completed by the Archaeological Service and the organization of its exhibition by the then Curator of Antiquities of Cyclades and Samos, the late N. Zafeiropoulos, it opened to the public, after a short break, in 1968, operating since then uninterruptedly.