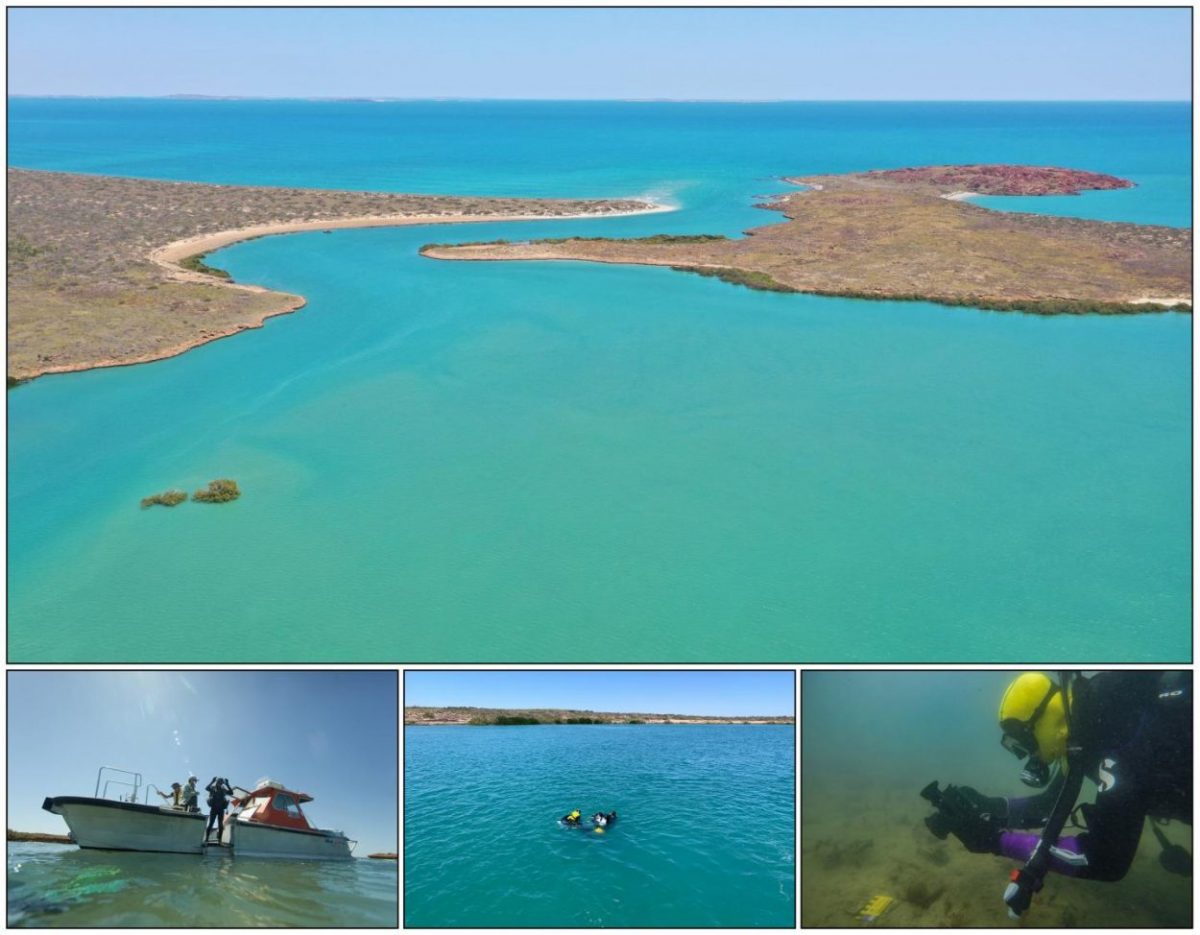 The first underwater Aboriginal archaeological sites have been discovered off northwest Australia dating back thousands of years ago when the current seabed was dry land.

The discoveries were made through a series of archaeological and geophysical surveys in the Dampier Archipelago, as part of the Deep History of Sea Country Project, funded through the Australian Research Council’s Discovery Project Scheme.

An international team of archaeologists from Flinders University, The University of Western Australia, James Cook University, ARA – Airborne Research Australia and the University of York (United Kingdom) partnered with the Murujuga Aboriginal Corporation to locate and investigate ancient artefacts at two underwater sites which have yielded hundreds of stone tools made by Aboriginal peoples, including grinding stones.

In a study published in PLOS ONE, the ancient underwater sites, at Cape Bruguieres and Flying Foam Passage, provide new evidence of Aboriginal ways of life from when the seabed was dry land, due to lower sea levels, thousands of years ago.

The submerged cultural landscapes represent what is known today as Sea Country to many Indigenous Australians, who have a deep cultural, spiritual and historical connection to these underwater environments.

“Today we announce the discovery of two underwater archaeological sites that were once on dry land. This is an exciting step for Australian archaeology as we integrate maritime and Indigenous archaeology and draw connections between land and sea,” says Associate Professor Jonathan Benjamin who is the Maritime Archaeology Program Coordinator at Flinders University’s College of Humanities, Arts and Social Sciences.

“Australia is a massive continent but few people realise that more than 30% of its land mass was drowned by sea-level rise after the last ice age. This means that a huge amount of the archaeological evidence documenting the lives of Aboriginal people is now underwater.”

“Now we finally have the first proof that at least some of this archaeological evidence survived the process of sea level rise. The ancient coastal archaeology is not lost for good; we just haven’t found it yet. These new discoveries are a first step toward exploring the last real frontier of Australian archaeology.

The dive team mapped 269 artefacts at Cape Bruguieres in shallow water at depths down to 2.4 metres below modern sea level. Radiocarbon dating and analysis of sea-level changes show the site is at least 7000 years old.

The second site at Flying Foam Passage includes an underwater freshwater spring 14 metres below sea level. This site is estimated to be at least 8500 years old. Both sites may be much older as the dates represent minimum ages only; they may be even more ancient.

The team of archaeologists and geoscientists employed predictive modelling and various underwater and remote sensing techniques, including scientific diving methods, to confirm the location of sites and presence of artefacts.

“At one point there would have been dry land stretching out 160 km from the current shoreline. That land would have been owned and lived on by generations of Aboriginal people. Our discovery demonstrates that underwater archaeological material has survived sea-level rise, and although these sites are located in relatively shallow water, there will likely be more in deeper water offshore” says Chelsea Wiseman from Flinders University who has been working on the DHSC project as part of PhD research.

“These territories that are now underwater harboured favourable environments for Indigenous settlements including freshwater, ecological diversity and opportunities to exploit marine resources which would have supported relatively high population densities” says Dr Michael O’Leary, a marine geomorphologist at The University of Western Australia.

The discovery of these sites emphasises the need for stronger federal legislation to protect and manage underwater heritage across 2 million square kilometres of landscapes that were once above sea level in Australia, and hold major insights into human history.

“Managing, investigating and understanding the archaelogy of the Australian continental shelf in partnership with Aboriginal and Torres Strait Islander traditional owners and custodians is one of the last frontiers in Australian archaeology” said Associate Professor Benjamin.

“Our results represent the first step in a journey of discovery to explore the potential of archaeology on the continental shelves which can fill a major gap in the human history of the continent” he said.