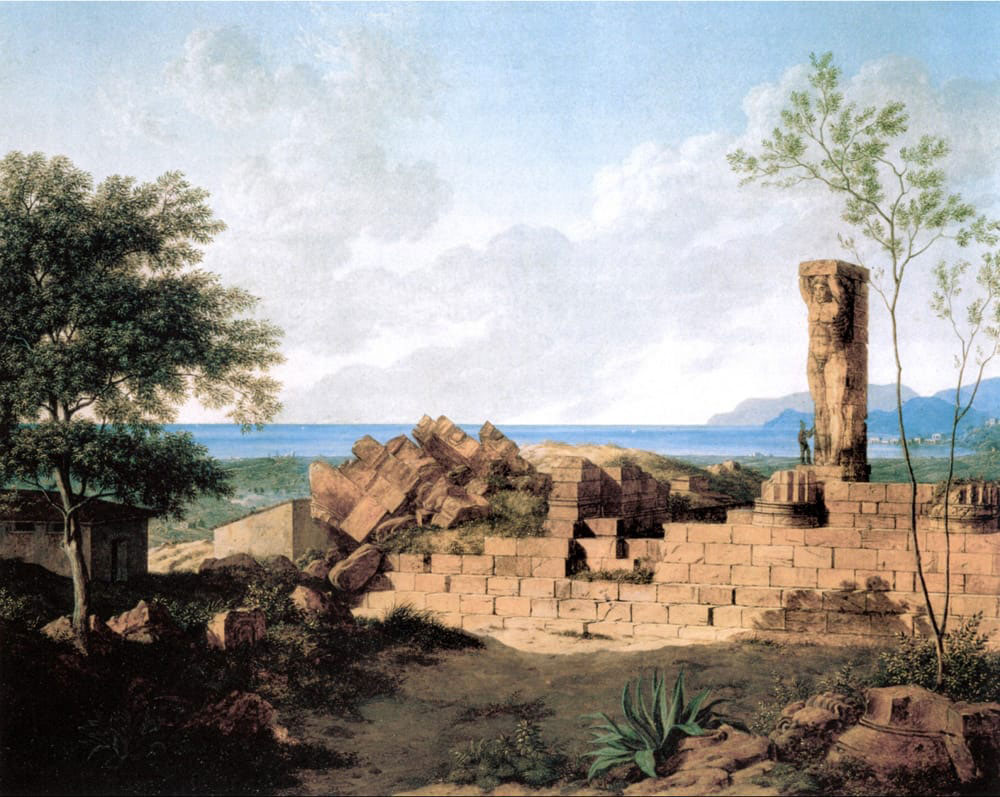 But is this a restoration?

A colossal Atlas statue, now seen fallen in the premises of the Temple of Zeus in the Valley of the Temples, Agrigento, Sicily, will soon be raised and repositioned in front of the temple, according to an announcement by the city’s Archaeological Park.

The 8 meters-high colossal Atlas statue was one of 40 similar Atlantes, also known as Telamones; these adorned the 5th c. BC temple of Zeus, whose ruins dominate the Valley near the modern city of Agrigento; the ancient Greek city of Akragas. The temple, the biggest out of the Valley’s seven temples, was never completed. Still, it is considered the largest Doric temple ever built and a landmark in the history of architecture.

Founded by Greek colonists 2,600 years ago, the city of Akragas was one of the most vibrant communities in the ancient Greek world. Hosting more than 1000,000 people and boasting high standards of living at its peak in the mid-5th c. B.C., Akragas was first destroyed by the Cathaginians in 406 BC but prospered again in the 3rd c. B.C. and then, through a complete redevelopment, after 210 B.C., following the Roman conquest and its renaming to Agrigentum. The site is typical for the artistic diversity seen in ancient Sicily.

Now, according to The Guardian, authorities from Agrigento plan to celebrate the city’s 2,600-year-anniversary; in that framework, they plan to reinstate the fallen Atlas in front of the temple. Still, there is a controversy as to how this is going to materialize.

As stated in local Agrigento Notizie, the project’s technical report states that the blocks will be placed inside a “structure designed to support the stone elements and forming the reconstructed figure of the Telamon”; this structure is perceived as a functional element serving a dual purpose: a. as a supportive and protective architectural element (securing the temple’s stability in case of e.g. earthquakes) and b. as a paradigm of display serving archaeological/museological needs.  Consequently, the structure will consist of a vertically ribbed sheet of stainless steel supporting horizontal shelves where the Atlas’ reassembled fragments will be placed. Critics state that this method does not convey a true restoration but mostly a display for museological purposes.

“What does this mean? That this is not about reconstruction, but about a structure holding the individual blocks together vertically without actually giving the impression of restoration” the news piece states.

NOTES
1. Archaeology Newsroom; info by The Guardian and Agrigento Notizie