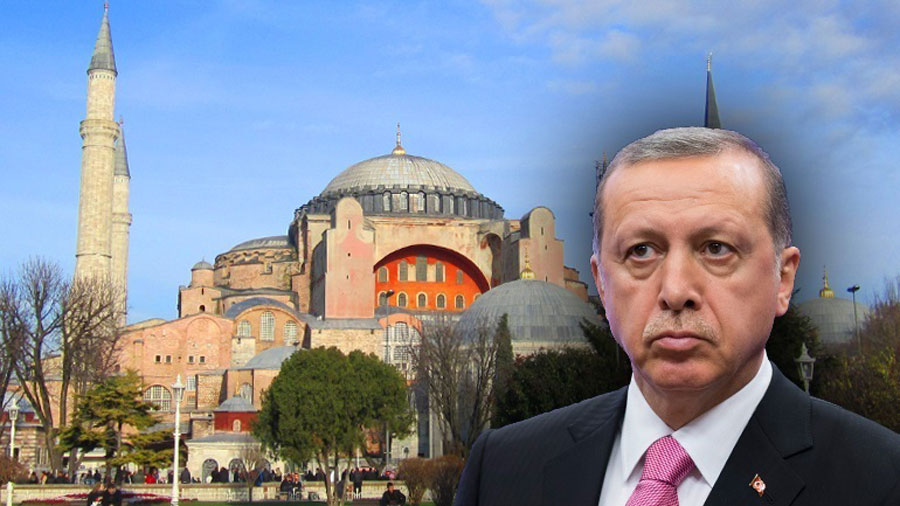 Erdogan: “We are making Hagia Sophia a mosque again”

“By restoring it to its roots, Turkey will protect the cultural heritage of Hagia Sophia, as its ancestors did,” said Turkish President Recep Tayyip Erdogan, among other things.

“While we will make the Hagia Sophia compatible with to its foundation once more, we will preserve the cultural heritage as our ancestors did,” Erdogan said after a cabinet meeting at the presidential palace.

“We turned Hagia Sophia into a museum (in 1934) by making a wrong decision and we are turning it into a mosque again,” added  the Turkish president.

He also claimed that there are four to five times more places of worship in Turkey for non-Muslims than there are for Muslims in  Europe.

The Council of State, the highest administrative court of Turkey, accepted a petition from various organizations and annulled a 1934 government decision granting Hagia Sophia museum status.

As soon as this decision was made public, President Erdogan announced the conversion of Hagia Sophia into a mosque. The first collective Muslim prayers will take place on July 24.

Earlier, the Turkish Religious Affairs Authority (Diyanet) announced that Hagia Sophia would remain open to visitors except in Muslim prayer hours, during which Christian icons should be covered.

The Christian iconography of the church “is not an obstacle to the validity of the prayers,” the Turkish authorities pointed out.