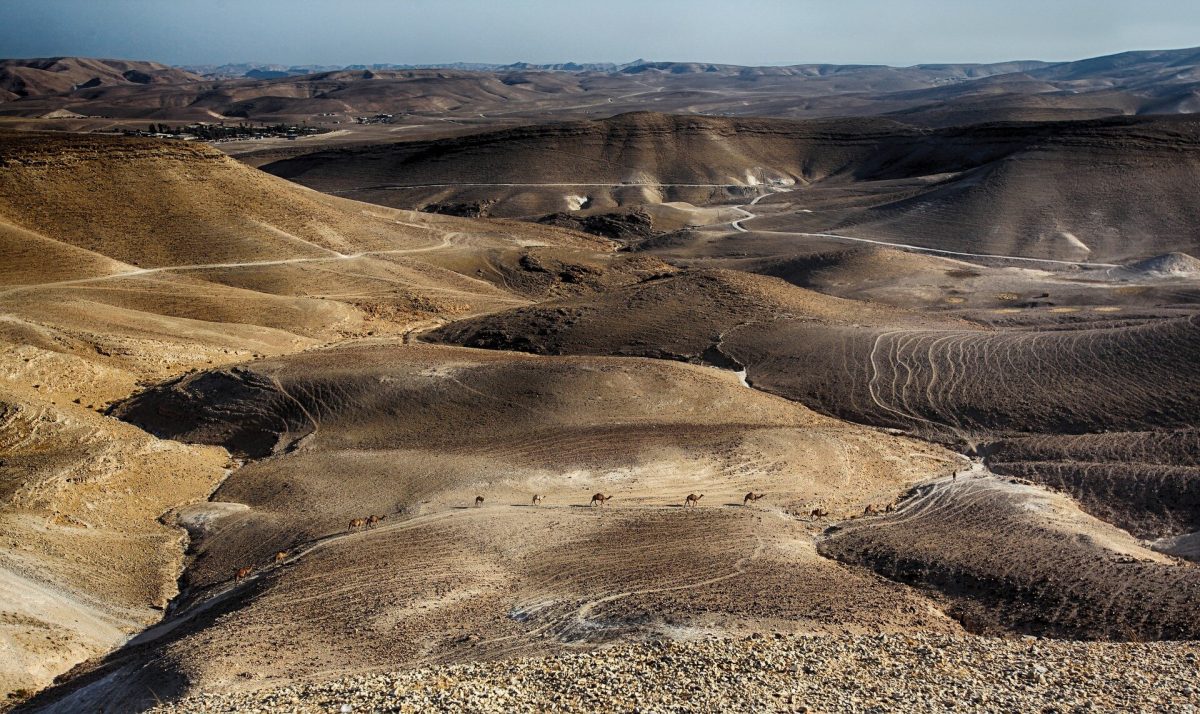 While we all try to understand the new reality imposed by the COVID-19 pandemic, many look to the past for historical precedents such as the Spanish flu of 1918 and the Black Plague of the 14th century. The first historically attested wave of what later became known as the Black Plague (caused by the bacterium Yersinia pestis) spread throughout the Byzantine Empire and beyond, in 541 CE. Known as Justinianic Plague, after the emperor Justinian who contracted the disease but survived, it caused high mortality and had a range of socio-economic effects. Around the same time, an enormous volcanic eruption in late 535 or early 536 CE marked the beginning of the coldest decade in the last two thousand years (another volcano of similar proportions erupted in 539 CE). However, scholars disagree as to just how far-reaching and devastating the mid-6th century epidemic and climate change were. This scholarly debate is unsurprising considering that even today, leaders and policymakers around the world differ on the severity and correct response to COVID-19, not to mention climate change. One reason that hindsight is not 20/20 when it comes to ancient plagues is that ancient reports tend to exaggerate, or underrepresent, the human tolls, while archaeological evidence for the social and economic effects of plague are very hard to find.

Recently, a team of Israeli archaeologists discovered new and compelling evidence for a significant economic downturn on the fringe of the Byzantine Empire in the aftermath of a major pandemic in the mid-6th century CE. The research, published today in the Proceedings of the National Academy of Sciences (PNAS), reconstructs the rise and fall of commercial viticulture in the middle of Israel’s arid Negev desert.

Daniel Fuks, a PhD student in the Martin (Szusz) Department of Land of Israel Studies and Archaeology at Bar-Ilan University, led the study as a researcher in Prof. Ehud Weiss’ Archaeobotany Lab, and as a team member of the Negev Byzantine Bio-Archaeology Research Program, “Crisis on the Margins of the Byzantine Empire”, headed by Prof. Guy Bar-Oz of the University of Haifa. This project seeks to discover when and why the agricultural settlement of the Negev Highlands was abandoned.

Agriculture in this arid desert was made possible through rainwater runoff farming which reached its peak in the Byzantine period, as seen at sites like Elusa, Shivta and Nessana. At Negev Highland sites today, the ruins of well-built stone structures attest to their former glory, but Bar-Oz’s team, guided by field archaeologists from the Israel Antiquities Authority (IAA), Dr. Yotam Tepper and Dr. Tali Erickson-Gini, discovered even more compelling evidence about life during that period in an unexpected place: the trash. “Your trash says a lot about you. In the ancient trash mounds of the Negev, there is a record of residents’ daily lives — in the form of plant remains, animal remains, ceramic sherds, and more,” explains Bar-Oz. “In the ‘Crisis on the Margins’ project, we excavated these mounds to uncover the human activity behind the trash, what it included, when it flourished, and when it declined.”

The study of seeds found in archaeological excavations is part of the field known as archaeobotany (aka paleoethnobotany). The Bar-Ilan University Archaebotany Lab in which most of this research was conducted is the only lab in Israel dedicated to the identification of ancient seeds and fruits. Prof. Ehud Weiss, the lab’s head, explains that the task of archaeobotany is to “get into the pantry — or, in this case, the trash — of ancient people and study their interactions with plants. Archaeobotany reconstructs ancient economy, environment and culture, but the way there is not easy. Grain by grain must be sorted through endless sediment samples, looking for seeds, identifying them and counting each one, as it is written ‘… if one can count the dust of the earth, then your seed too can be counted’ (Genesis 13:16).” For the present study, nearly 10,000 seeds of grape, wheat and barley were retrieved and counted from 11 trash mounds at three sites. “Identifying seed and fruit remains is a unique capability of our lab,” says Weiss, “and it relies on the Israel National Reference Collection of Plant Seeds and Fruit held in our lab, and on years of experience in retrieving, processing, and analyzing plant remains from sites of all periods in Israeli archaeology.”

One of the researchers’ first observations was the high numbers of grape seeds in the ancient trash mounds. This fit well with previous scholars’ suggestions that the Negev was involved in export-bound viticulture. Byzantine texts laud the vinum Gazetum or “Gaza wine” as a sweet white wine exported from the port of Gaza throughout the Mediterranean and beyond. This wine was generally transported in a type of amphora known as “Gaza Jars” or “Gaza Wine Jars”, which are also found in sites throughout the Mediterranean. In Byzantine Negev trash mounds, these Gaza Jars appear in high quantities.

Daniel Fuks, the Bar-Ilan University PhD student, sought to determine whether there were any interesting trends in the relative frequency of grape pips in the rubbish. In a Ted-style talk hosted by Bet Avichai last year, he said, “Imagine you’re an ancient farmer with a plot of land to feed your family. On most of it, you plant cereals like wheat and barley because that’s how you get your bread. On a smaller part, you plant a vineyard and other crops like legumes, vegetables and fruit trees, for your family’s needs.

“But one day you realize that you could sell the excellent wine you produce, for export, and earn enough cash to buy bread and a bit more. Little by little you expand your vineyard and move from subsistence farming to commercial viticulture.

Meanwhile, Fuks and Dr. Tali Erickson-Gini, an expert in ancient Negev pottery, took this to the next level. They checked whether there were similar trends in the proportion of Gaza Wine Jars to Bag-Shaped Jars, the latter being much less suited to camelback transport from the Negev Highlands to the port at Gaza. Indeed, the rise and initial decline of Gaza Jars tracked the rise and fall of the grape pips.

The researchers concluded that the commercial scale of viticulture in the Negev, as seen in the grape pip ratios, was connected to Mediterranean trade, attested to by the Gaza Jar ratios. In other words, a novel archaeological testimony to an international commercial economy from some 1,500 years ago was discovered!

Like today, this situation brought unprecedented prosperity, but also greater vulnerability to shocks. In the mid-6th century, there were a few such shocks that could explain the decline. One of them was Justinianic plague, which had a high death toll in Byzantium and other parts of the empire. In the article, the authors explain that the resulting “contracting market for Gaza products would have detrimentally impacted the Negev economy, even while trade at nearby Gaza may have continued… If the plague reached the Negev, it could also have harmed the local production capacity and supply of agricultural products in general by inducing a shortage of agricultural laborers.”

A different shock of that period was a volcanic eruption of global proportions in late 535/early 536 CE, which covered the Northern Hemisphere’s atmosphere with dust and caused decade-long global cooling (another eruption of similar magnitude occurred in 539 CE). This led to drought in Europe, but may have increased precipitation, possibly including high-intensity flash flooding, in the southern Levant, causing detriment to local agriculture.

The Sisyphean task of sorting and counting seeds may not appear to be the most exciting, but the research on archaeological plant finds is innovative and influential, while also demonstrating the ingenuity and insightfulness involved in ancient peoples’ interactions with plants. Guy Bar-Oz, of the University of Haifa, states: “The discovery of the rise and fall of commercial viticulture in the Byzantine Negev supports other recent evidence unearthed by the ‘Crisis on the Margins’ project for major agricultural and settlement expansion in the 5th to mid-6th century followed by decline. It appears that agricultural settlement in the Negev Highlands received such a blow that it was not revived until modern times. Significantly, the decline came nearly a century before the Islamic conquest of the mid-seventh century.”

Two of the most likely triggers for the mid-6th century collapse — climate change and plague — reveal inherent vulnerabilities in political-economic systems, then and now. “The difference is that the Byzantines didn’t see it coming,” explains Fuks. “We can actually prepare ourselves for the next outbreak or the imminent consequences of climate change. The question is, will we be wise enough to do so?”