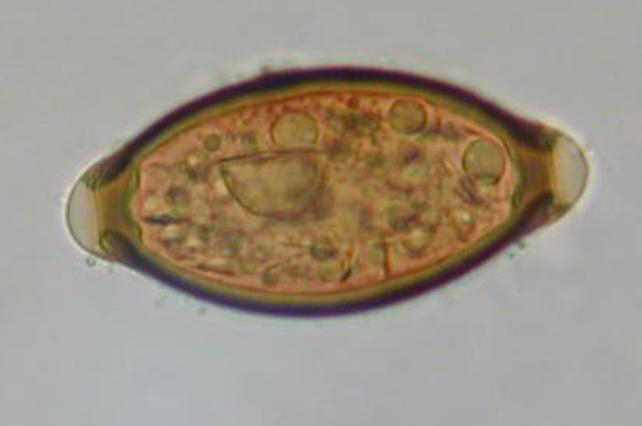 Although helminth infections–including tapeworms and roundworms–are among the world’s top neglected diseases, they are no longer endemic in Europe. However, researchers reporting in PLOS Neglected Tropical Diseases report that these infections were common in Medieval Europe, according to grave samples analyzed from across the continent.

Helminths are parasitic worms and they infect an estimated 1.5 billion people worldwide. The worms are transmitted through eggs that are present in human feces and can contaminate soil and water. While some infections cause only mild symptoms, others are associated with chronic malnutrition and physical impairment, particularly in children.

In the new work, Adrian Smith of the University of Oxford, UK, and colleagues analyzed 589 grave samples from 7 European sites dated between 680 and 1700 CE. Samples were taken from the pelvises of skeletons. Data associated with the sites allowed them to assess the influence of age, sex and community size on helminth infection rates.

Two soil transmitted nematodes–Ascaris spp. and Trichuris trichiura–were identified at all locations, and two food derived cestodes–Diphyllobothrium latum and Taenia spp.–were found at 4 sites. No helminths were found in any control samples. The rates of nematode infection in the medieval population were estimated at 8.5% (range 1.5%-25.6%) for T. trichiura and 25.1% (range 9.3%-42.9%) for Ascaris, similar rates to those seen in modern endemically infected populations. There were no differences in infection rates by sex or community population size, but infection rates were most common among children.

“Since the prevalence of medieval soil transmitted helminth infections mirror those in modern endemic countries, the factors affecting helminth decline in Europe may also inform modern intervention campaigns,” the researchers say. “The parasites in past communities can tell us a lot about living conditions including hygiene, sanitation and even culinary practices.”