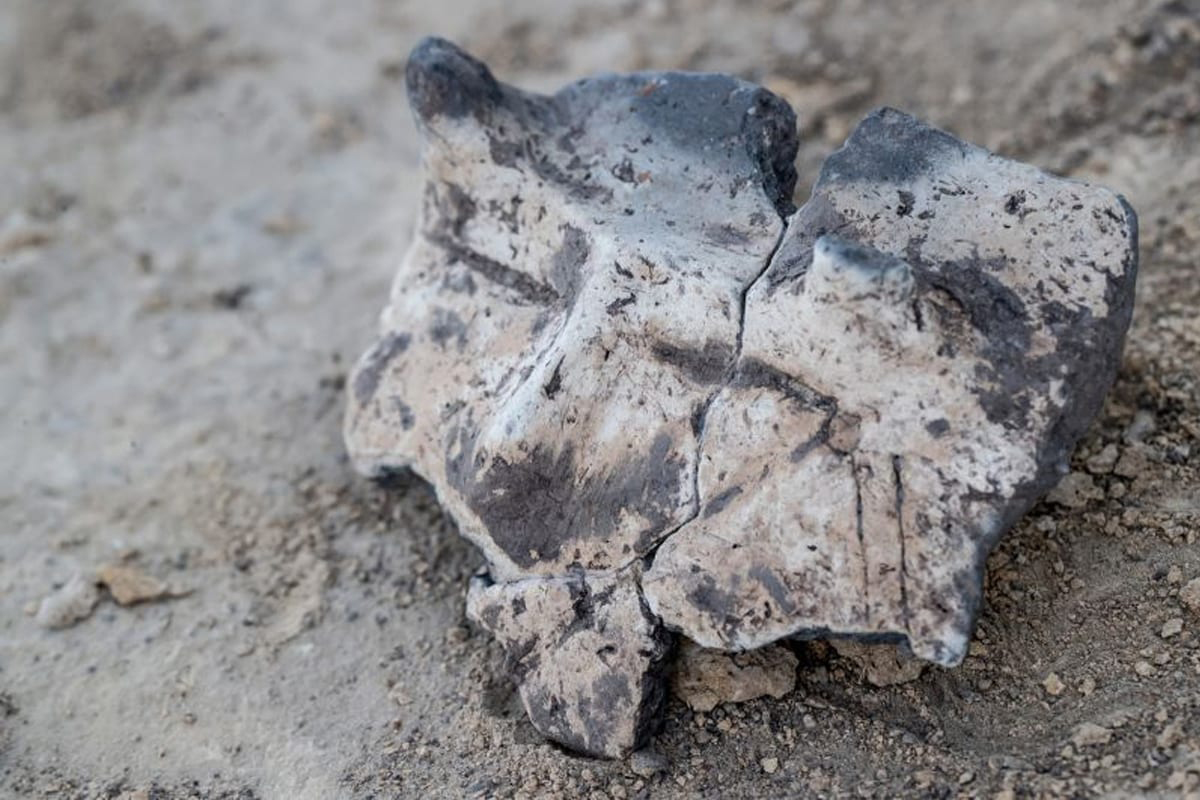 A bowl depicting a human face with horns has been found inside a 7,000-year-old ancient dwelling, from the time of Poland’s first farmers.

The discovery was made during excavations in Biskupice of a prehistoric settlement associated with the Linear Pottery culture.

Archaeologists have known about the existence of the settlement for many decades, with the excavations being part of a rescue project in preparation for the construction of a modern home on the site.

The remains of the bowl depict a stylised outline of a human face with eyes and a nose, and two bumps on the forehead that is reminiscent of horns.

Project leader Dr. Magdalena Moskal-del Hoyo from the W. Szafer Institute of Botany PAS said: “Today we are not able to clearly interpret this image. It seems likely, however, that such an unusual artefact could be related to the sacred sphere to some extent.”

Professor Marek Nowak from the Institute of Archaeology of the Jagiellonian University in Kraków believes that this type of artefact is evidence that the inhabitants of the settlement had contact with people living in present-day Hungary and Slovakia, where similar ornamental motifs are known from around the same period (although they usually do not have stylised horns). This is also indicated by the discovery of products made of obsidian (a volcanic glass) that is not a naturally occurring raw material found in Poland.

The archaeologists also found over 3,000 artefacts, including obsidian tools and so-called cores, stone blocks used to strike stone flakes and chips that were later used to make tools. These products were primarily used as leather scrapers, tools for processing wood and bones, and sickle blades.