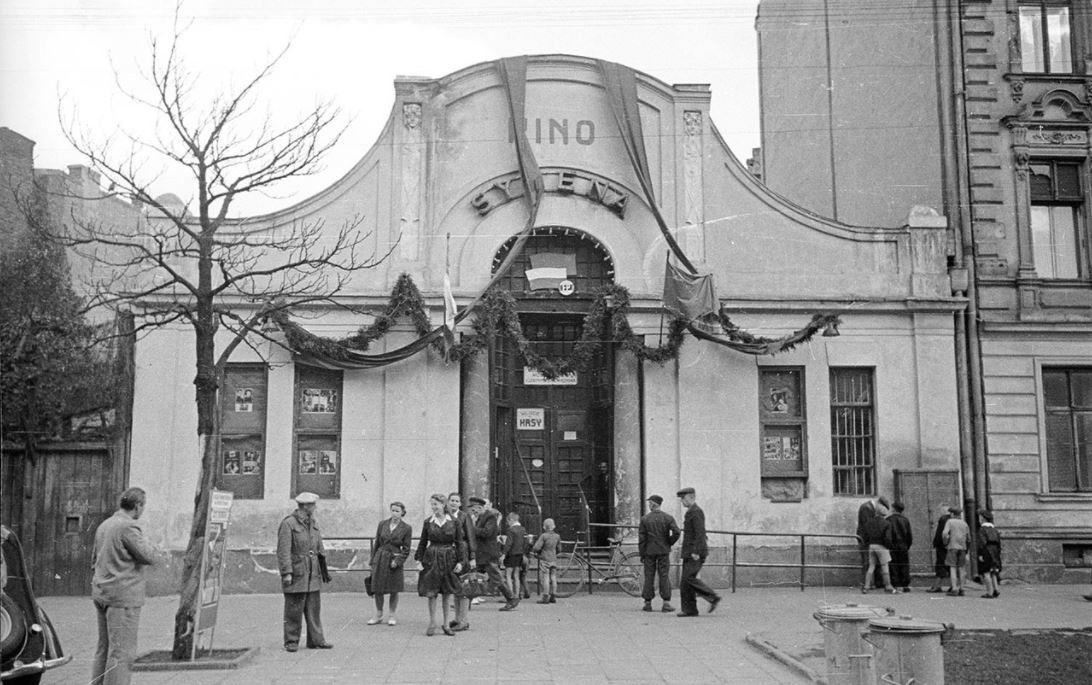 Poetics, politics and the ruin in cinema and theatre since 1945

References to Ancient times have been made in Europe between the two World Wars and the Classical served the idea of “a return to order” considered by some as necessary after the heresies of the avant-gardes. Indeed, the Classical has been manipulated by Fascist and Nazi ideologies in orchestrating the Second World War and the Holocaust. This conference intends to study how artistic processes as well as works of theatre and cinema record the historical and artistic consequences of this trauma in Europe by reinventing Antiquity, in particular, by working with ruins both politically and poetically. While this research is initially rooted in classical reception and theatre and cinema studies, the conference intends to dialogue with other fields including archaeology, aesthetic philosophy, political sciences, anthropology, and media theory. The aim is to study this process from 1945 to the present because there are traces of it long after the immediate post-War times in works of European artists who use Ancient materials to question their present in response to political, economical and social events.

Nazi and fascist regimes submitted Antiquity to discursive and practical manipulations to justify their anthropological ambitions (a new man modelled on the ancient statuary), their temporal model (origins, genealogies), their territorial claims (the empire), and their political discourses (the link between reconstruction and revolution). Employing Classical references they constructed discourses about body, time and space – the essential components of theatre and cinema. Furthermore they used those arts to spread their totalitarian ideology. As a consequence, politics has been theatricalized, made into a show, and generally aestheticized with the use of classical references.

Serge Daney situates the birth of modern cinema in the destroyed conditions of post-war Europe. According to him, the fundamental refusal of semblance, mise en scene and stage’ of that time and ‘the divorce with theatre, that Bresson expressed strongly’ are the reasons for this birth. By theatre, Daney does not mean exclusively theatrical art but the broader idea of mise en sceÌne, which extends also to cinema, and any form of lie and illusionism. He denounces classical cinema, the art of set, the big reconstructions, the stars, the well-made scripts and the happy-ends indissociable from the political mises en sceÌne that have been used to hide what Daney calls ‘the staging of the extermination camps.’ As a matter of fact, coincident with the Second World War, theatre enters a long-lasting crisis that will reform the performances of the repertory but also the writing traditions. An important example are the political performances by Brecht, which affected the reception of Classics both in theatre and cinema. Mise en sceÌne, common to theatre and cinema (insofar as it engages with bodies, time and space) allows us to question both jointly in order to elucidate how they have been able (and continue) to invent Antiquity by revealing it and reshaping it.

Particularly, theatre and cinema have reshaped Antiquity by poetically and politically performing ‘ruin’ through the artistic forms and processes. Thus ‘ruin’ will be the main concept through which we will study these reinventions of Antiquity in these two media since 1945. The two main reasons why the Second World War is a starting point for this study are contextual: firstly, from that point the reference to Ancient times becomes loaded (and so too does the claim that one can know it and reconstruct it with the help of archaeology, history or art). Secondly, war in the 20th century left other ruins behind, contemporary rubble that completely alters archaeology by adding new stratums to the concept of ruin, which is suddenly and concretely reactivated in the present by the catastrophes of the XXth century. One can consider Art, then, to be in the situation of the Angel of History who, as Walter Benjamin writes, looks behind towards the ruins that keep piling up, while the tempest of progress blows it forward. The Second World War then reactivates the double meaning of the term ‘ruin’: as a process – ‘to ruin’ or ‘ruination’ – and as a result of this process – ‘a ruin’. Furthermore, the aesthetical experience of a ruin necessarily engages with the spectacle – even virtual – of ruination. This has a major impact on art: new forms appear, explicitly exploring fragmentation, scattering, openness or stratification. Ruin, in its humility and chaos, seems then more authentic than the ‘completeness’ from classical imagery. The classical model is deconstructed. In front of (and perhaps thanks to) this abyss, artists and theoreticians are looking for an origin or an archaic past that enables them to question their present with the help of what has been repressed by previous manipulations: the impure, the irrational, the common, the waste and those who have been left out of progress. Yet at the same time, the ideals of reason and democracy inherited from Ancient times remain, in Europe, vestiges that are used as a horizon to question contemporary excesses, and collective as well as individual identities.

The term ruin can be used both for an ancient vestige and any other rubble. It refers to the state (the object) or the process (the destruction) and can be understood literally or as a formal paradigm. The concepts of ruin and ruination operate on different levels: in creative processes and stages of creation (castings, location scouting, writing, dramaturgy, direction etc.); in forms and patterns (fragment, stratification etc.); and even in the unconceived or unconscious part of artists’ work that is only uncovered by research. Finally, we will question how contemporary ruins (Berlin and Hiroshima, as well as Belgrade, the WTC, Bagdad, Fukushima, Palmyra, Idlib etc.) take part one after another in the reshaping of classical reception that began for theatre and cinema with the Second World War.

Questions that the conference would like to explore (amongst others):

– How is ‘ruin’ reinvented in theatre and cinema after 1945, in response to the manipulation of the Classical by totalitarian regimes?

– How does the multiplication of contemporary ruins modify the presence, the performance, the representation and the invention of ancient ruin in theatre and cinema?

– How can ruin take part in artistic processes?

– How can ruin become a formal paradigm?

– How can theatre and cinema build a heuristic interdisciplinarity on this question? Please note that papers can deal with theatre, cinema or both.

– Ruin as space: a space of creation, performance or shooting (archaeological site or set); as part of political spectacles; as a basis for reconstructions.

– Ruin as a discursive paradigm: in theatre and cinema critics and theories, in media theory.

– Your title, job and institution

– The provisional title of your paper

Languages of the conference: French and English

We will notify you whether or not your abstract has been accepted before 15/12/2020.

The two-day programme will depend on the abstracts. When you receive an answer, we will also notify you if your paper is planned for the 2nd of April 2021 (University of Oxford) or for the 22nd of November 2021 (University of Paris Nanterre). You can also send us your preference or your unavailability with your abstract and we will do everything we can to take that information into account.

The conference will cover your transport fees and your accommodation on the day you present your paper.

This event is funded by the laboratoire HAR (Histoire des Arts et des Repreìsentations, University of Paris Nanterre), the APGRD (Archive of Performances of Greek and Roman Drama, University of Oxford), the labex “Les passeìs dans le present” and by the European commission through Estelle Baudou’s individual funding (MSCA individual fellowship, this project has received funding from the European Union’s Horizon 2020 research and innovation programme under the Marie Sklodowska-Curie grant agreement No 839770).