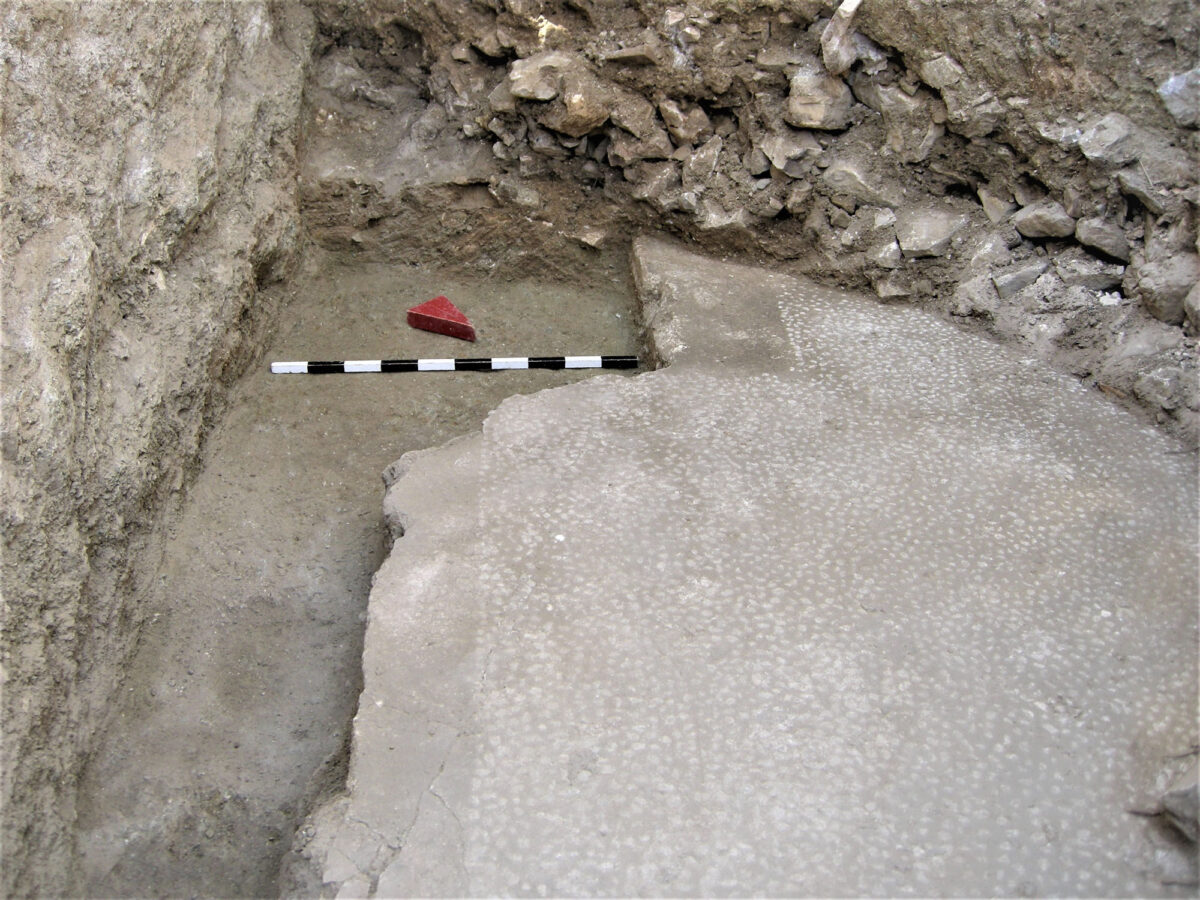 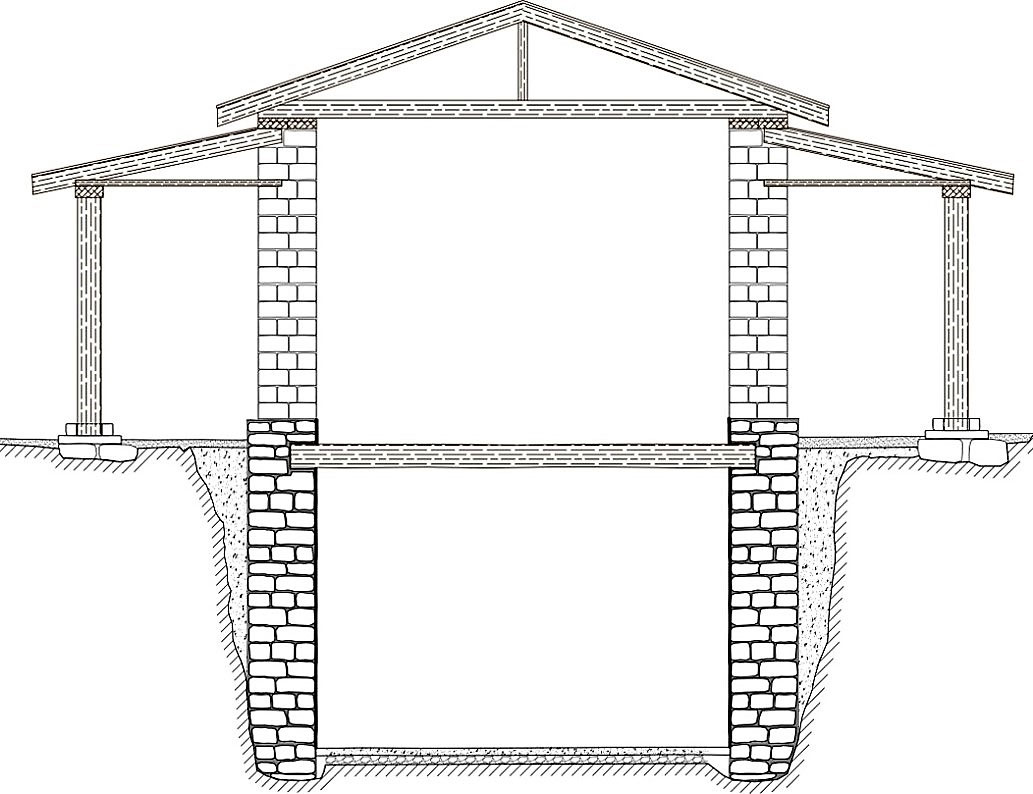 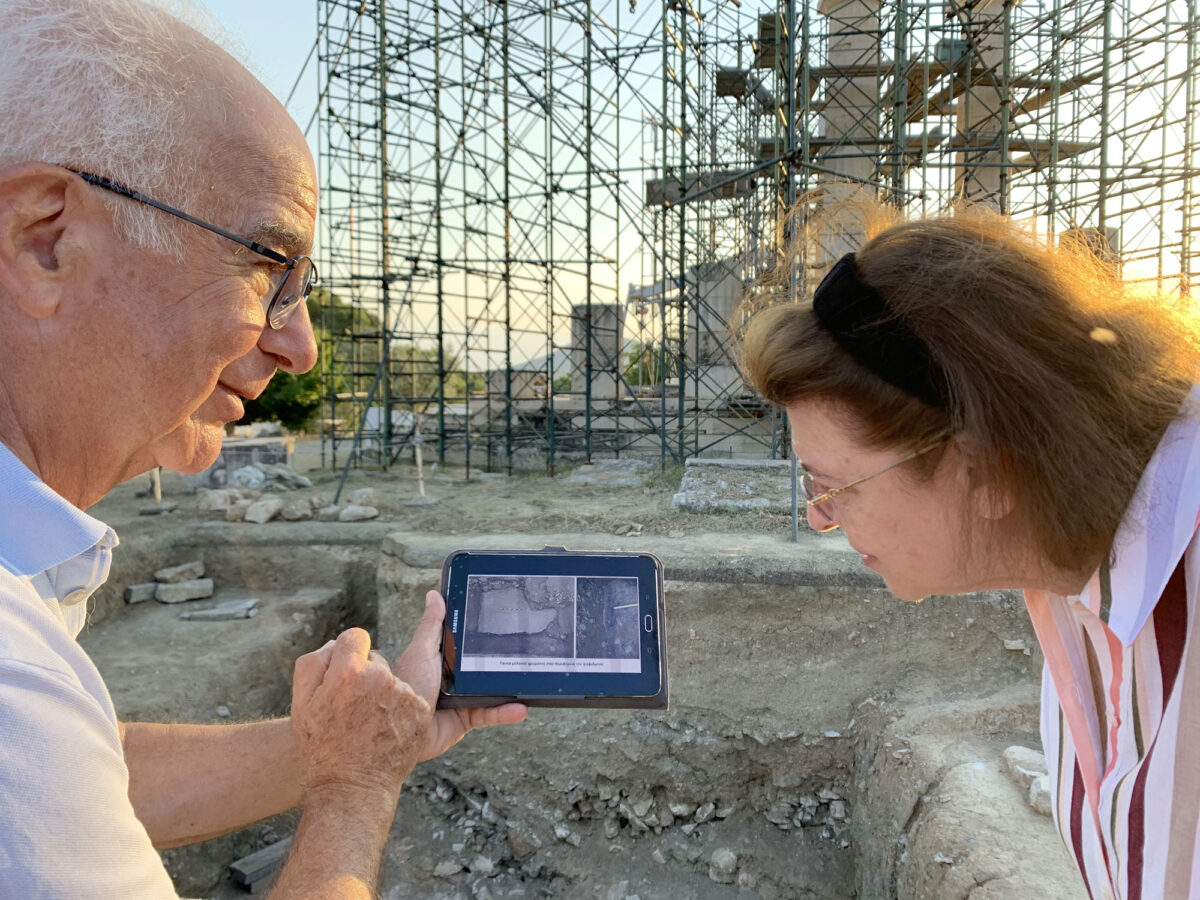 The chthonic dwelling place of Asclepius in Epidaurus

The unearthing of the archaic building was further continued this year

The unearthing of the Archaic building located in 2019 near the Tholos of the Asclepieion of Epidaurus continued in August this year in collaboration with the Ephorate of Antiquities of Argolis and the University of Athens.

The excavations were headed by professor emeritus of Classical Archaeology Vassilis Lambrinoudakis. Minister of Culture and Sports Lina Mendoni recently visited the excavation near the Tholos of the Asclepieion. She was briefed by her professor, Mr. Vassilis Lambrinoudakis, about the new important findings, which prove that the Tholos was the chthonic residence of the god, from the beginning of his presence in Epidaurus.

The building dating from the end of the 7th or the beginning of the 6th c. BC, based on the findings, had a form unknown till now in ancient Greek architecture. Below the ground floor there was a deep basement carved into the rock. The rock face was covered by stone walls coated with deep red plaster. The basement floor, a extremely strong mosaic of small white pebbles, is the largest and best preserved among the rare examples of its time. The ground floor, with brick walls built above the basement was surrounded by a wooden colonnade on stone bases.

This year’s excavation revealed the building’s full width and a large part of its length. The width inside the basement is 3.6m and reaches 8.2m on the ground floor along with the colonnade. 10.2m of the building has now been uncovered, but it continues to the west and partly (on its north side) beneath the Tholos. The continuation of the excavation is expected to reveal its full length on its south side or at least to add more information on the form and function of this important archaic building. Already a square recess found on the mosaic floor is interpreted as the trace of a staircase by which one went down from the ground floor to the basement.

“Asclepius”, said Professor Vassilis Lambrinoudakis, “seems to have arrived in Epidaurus much earlier than we had thought until now, and in fact with the twofold nature/dual hypostasis of god and hero, of chthonic and celestial deity, putting down deep roots in this spot which quickly evolved into the largest place of healing in the ancient world. In the Classical Age, the highly decorated Tholos building was the residence of the god in his chthonic nature, in the basement of which he was greeted by offerings of the mortals. By the process of enkoimesis, a dreamlike state of induced sleep (sleep being the brother of death), the god healed his supplicants with his chthonic powers, i.e. with the regenerative power of the earth. The dormitory was typically built next to the Tholos. It now turns out to have been the chthonic residence of the god since the beginning of his presence in Epidaurus. The very early date, the advanced construction technique for the time, the location in essentially the exact same place where the Tholos was later erected, and the monumental basement, which obviously was of similar importance to and had the same function as the underground circular corridors of the Tholos that succeeded it, show the exceptional importance of the building for the cult of Asclepius and its history”.

It is worth noting that in its heyday the sanctuary included the famous temple for the worship of the celestial nature of Asclepius and other important buildings associated with his worship; the large banqueting hall for ritual dinners, the stadium and theatre used both during the festivals and for the patients to exercise and be entertained and the baths also for healing purposes. The essence however of the god’s worship and his healing power was his chthonic nature, which from the beginning was architecturally expressed in Epidaurus with the building that is now being excavated.