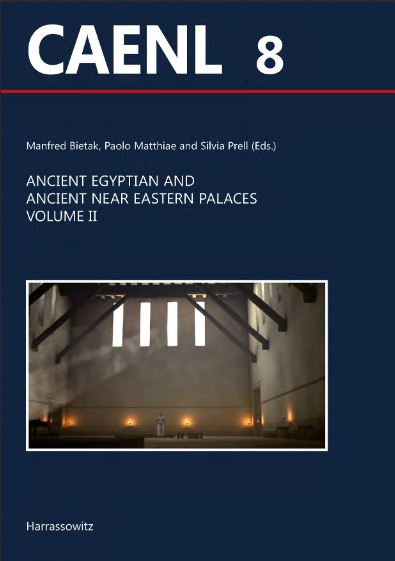 The study of the semiotics of palaces in the Ancient Near East and Ancient Egypt provides the historian with diverse information as size and type of architecture demonstrate the kind of representation chosen by rulers towards their world. Some features were adopted from temples in order to stage the appearance of the ruler like a divine epiphany. Some further integrate a temple within the palace, showcasing the desire of the ruler to live with a specific deity under one roof for divine support and protection. The importance of this ruler can also be reflected by the size of the throne room and the number of columns, showing as well a hierarchy in the use of space within the whole building complex and its different units. For instance, the presence of a rather intimate throne room or a second small throne room points to space for confidential exchange between the ruler and his visitors. The capacity of storerooms additionally gives us insight into the economic power standing behind the palace. The comparison of different elements between palatial and domestic architecture also proves helpful in identifying the origins of particular components.

Exploration of such semiotics was initiated with the publication of the first palace volume in 2018 following a conference held in London in 2013. The present volume stands in direct continuation and is the result of a second palace conference that took place at the 10th ICAANE 2016 in Vienna. Besides introducing other palaces in Egypt and Nubia, this volume is dedicated primarily to Near Eastern palaces which are presented and studied by prominent experts in this field.

The book is available to download for free here.

For a conference about palaces during the Roman Era and the Middle Ages, held back in 2012, see here.