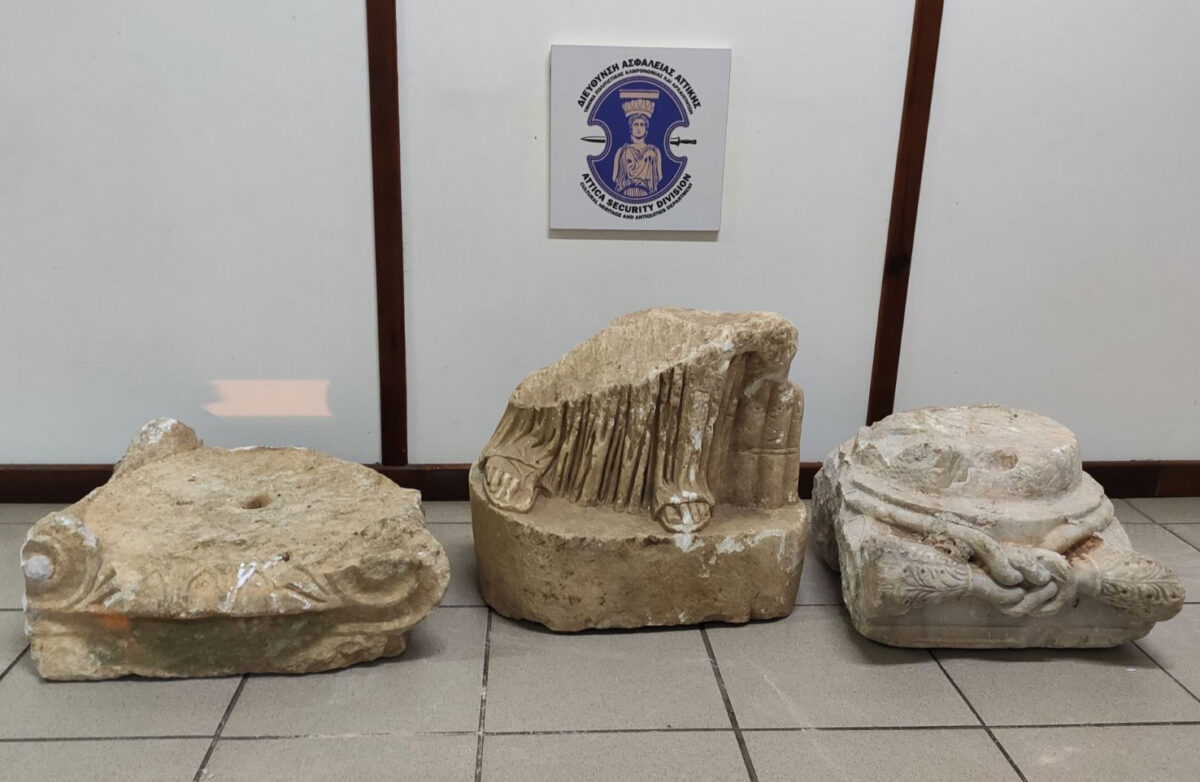 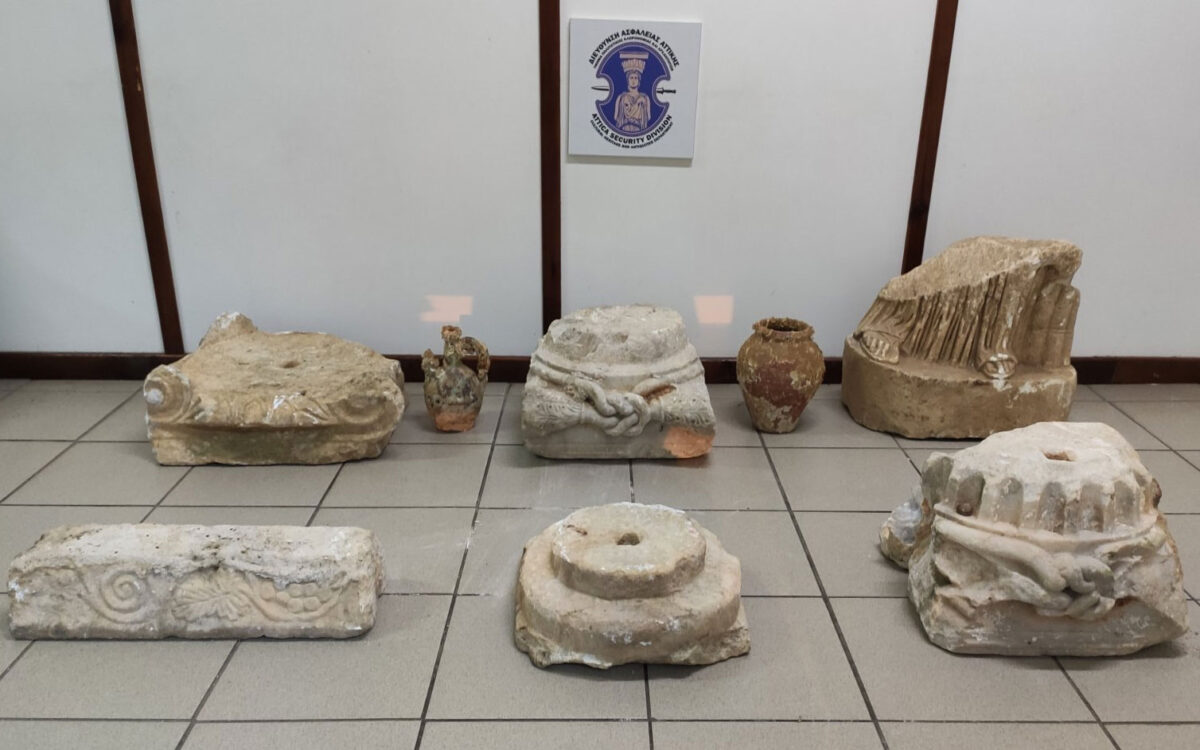 A 40-year-old man was accused of breaking the law on protection of antiquities and cultural heritage and arrested a few days ago in Messenia by police officers of the Department of Cultural Heritage and Antiquities of the Attica Security Directorate.

The Hellenic Police stated that investigation on the case started with information about a person who was transporting antiquities to further dispose of them for 100,000€. The 40-year-old was located, ancient movable artefacts were found in the boot of his car and confiscated and an immediate arrest followed.

The confiscated antiquities were shown to an expert woman archaeologist from the Ephorate of Antiquities of Messenia, who said that they fall under the protective provisions of the law on protection of antiquities and cultural heritage, while pointing out their considerable archaeological value.

–  The lower part of a marble dressed figure, wearing sandals and standing on an oval base that is an integral part of the statue. On the back, the bottom part of a second garment has been preserved and on the left side there is a scroll, 45 cm high and 48 cm wide, of the Classical or Hellenistic era.

– A slightly broken Ionic stone capital of the Hellenistic era,with a height of  24 cm and a maximum length of 42 cm.

– An intact Roman stone capital, bearing a tendril shaped ornament in its centre, 28 cm high and with a maximum length of 40 cm.

– An incomplete Roman marble capital, bearing a tendril shaped ornament in its centre, 33 cm high and with a maximum length of 40 cm.

– A slightly damaged Late Roman stone pillar base, preserving a height of 18 cm and a length of 34 cm.

– An Early Byzantine stone entablature, bearing a relief representation of a vine on its outer side, 50 cm long and 14 cm high.

– A jar shaped clay vessel without handles, with deposits of marine sediments, 30 cm high and with a 13 cm mouth diameter.

– A 27 cm high clay flask with a twisted handle, preserving part of the spout and with deposits of marine sediments.

The last two artefacts require further examination as to their archaeological documentation and possible origin from an ancient shipwreck.

The individual taken into custody was brought before the Public Prosecutor of Kalamata, while the investigation of the case continues regarding both the trafficking and the final recipients of the confiscated ancient artefacts.