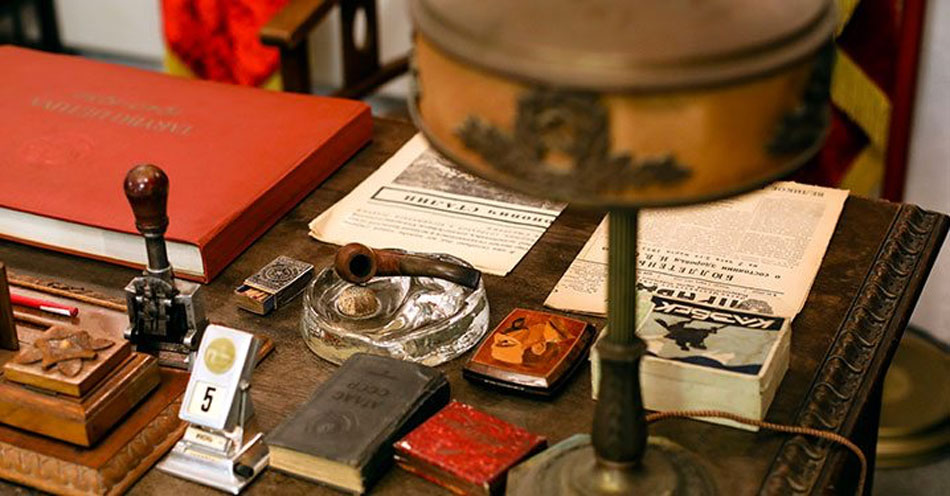 The pandemic was destructive for the museum

The KGB Espionage Museum in New York was doomed by the pandemic: the museum has been permanently closed and its entire collection will be auctioned on February 13, 2021 at Julien’s Auctions in Beverly Hills.

The museum opened in mid-to late January 2019 curated by the historian and collector Julius Urbaitis, who that same year was also a consultant on HBO’s Emmy and Golden Globe award-winning series “Chernobyl”. For almost two years he claimed that the museum was “the only museum open to the public focusing exclusively on the KGB’s espionage operations”, although this is not entirely true since a museum in a hotel in Talin, Estonia has documented the surveillance of foreign visitors to the city by the Soviet secret services.

Items to be auctioned next February include a gun resembling a lipstick (known as the “Kiss of Death”), a 1964 “bug” for a hotel room and a replica of the deadly umbrella-syringe believed to have killed the Bulgarian writer Georgi Markov in London in September 1978. The playwright had defected to the West in 1969 and in the years that followed appeared regularly on American and West German radio programmes. Being a public figure, his death would raise suspicions. He died of septicemia, and before dying he said that a stranger had struck him with the tip of an umbrella — something very usual on crowded streets in rainy London.

One of the unforgettable objects that will come under the hammer is the ” heart rate detector for people in hiding”, also known as “Lavanda-M”. According to the auction house’s description, the device could “detect, at traffic checkpoints and border crossings, if someone was hiding in a vehicle” by listening to “the types of vibrations and micro-movements caused by heartbeat and breathing” ( at auction, the device will be accompanied by its original usage diary) .

In addition, the auction of the “Cold War Relics featuring the KGB Espionage Museum Collection”will include, among other items, a sculpture of Lenin at the headquarters of the KGB in Kaliningrad, a woman’s handbag with a hidden camera and a shutter (known as “The Fly” because its clasp looks like an insect) and an authentic steel door from a former hospital of a KGB prison.

Lastly, in addition to numerous items from the US-Soviet space race, objects related to the “Missile Crisis” (in Cuba) will be also be auctioned: they include, among other things, a school report of Che Guevara and a signed letter by Fidel Castro from 1958 in which he discusses plans to infiltrate Havana.