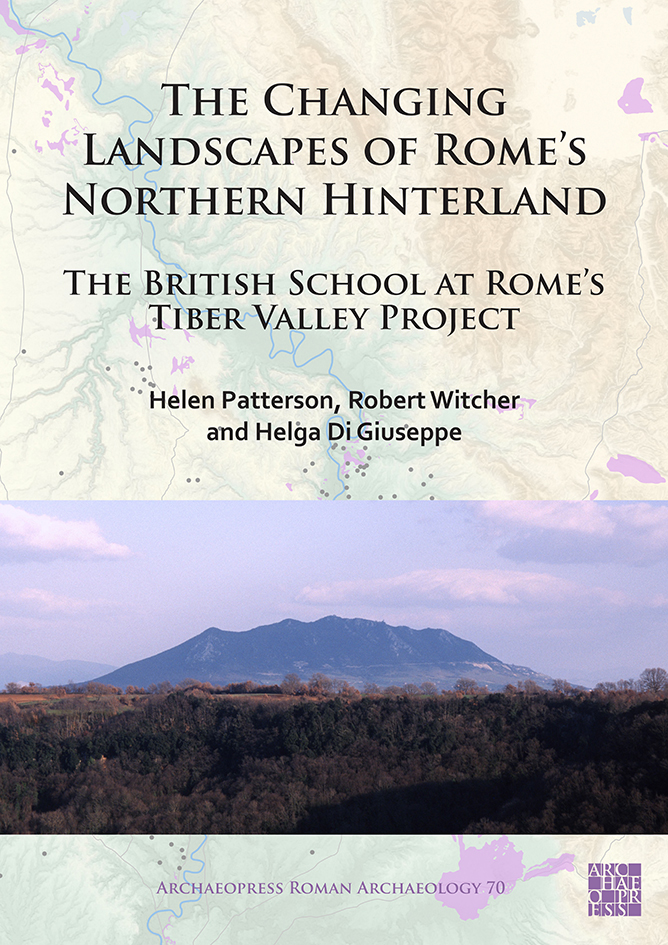 The Changing Landscapes of Rome’s Northern Hinterland presents a new regional history of the middle Tiber valley as a lens through which to view the emergence and transformation of the city of Rome from 1000 BC to AD 1000. Setting the ancient city within the context of its immediate territory, the authors reveal the diverse and enduring links between the metropolis and its hinterland. At the heart of the volume is a detailed consideration of the results of a complete restudy of the pioneering South Etruria Survey (c. 1955–1970), one of the earliest and most influential Mediterranean landscape projects. Between 1998 and 2002, an international team based at the British School at Rome conducted a comprehensive restudy of the material and documentary archive generated by the South Etruria Survey. The results were supplemented with a number of other published and unpublished sources of archaeological evidence to create a database of around 5000 sites across southern Etruria and the Sabina Tiberina, extending in date from the Bronze Age, through the Etruscan/Sabine, Republican and imperial periods, to the middle ages. Analysis and discussion of these data have appeared in a series of interim articles published over the past two decades; the present volume offers a final synthesis of the project results.

The chapters include the first detailed assessment of the field methods of the South Etruria Survey, an extended discussion of the use of archaeological legacy data, and new insights into the social and economic connectivities between Rome and the communities of its northern hinterland across two millennia. The volume as a whole demonstrates how the archaeological evidence generated by landscape surveys can be used to rewrite narrative histories, even those based on cities as familiar as ancient Rome.

Includes contributions by Martin Millett, Simon Keay and Christopher Smith, and a preface by Andrew Wallace-Hadrill.

Helen Patterson is the former Assistant Director (Archaeology) of the British School at Rome and director of the Leverhulme-funded Tiber Valley Project (1998–2002). She is a specialist in the archaeology of the late antique and early medieval periods, with particular interests in ceramic production and distribution. She has published a series of edited volumes including Bridging the Tiber (2004), Mercator Placidissimus (with F. Coarelli, 2008) and Veii: the historical topography of the ancient city (with R. Cascino & H. Di Giuseppe, 2012).

Robert Witcher is Associate Professor of Archaeology at Durham University, UK. From 1999 to 2002, he was a researcher on the Leverhulme-funded Tiber Valley Project based at the British School in Rome. His research interests include landscape archaeology with a particular focus on the pre-Roman and Roman periods in Italy and the wider Mediterranean. He has published on aspects of ancient rural settlement, agriculture, demography and globalization. He is the editor of the world archaeology journal, Antiquity.

Helga Di Giuseppe specialises in Italian archaeology with particular interests in the classical and late antique periods. She has published widely on ancient landscape, Roman villas, and ceramic and textile production, and has edited several major excavation and conference volumes. From 1998 to 2002, she was a researcher on the Leverhulme-funded Tiber Valley Project based at the British School in Rome. She is currently project manager for Fasti Online with the International Association of Classical Archaeology and editorial manager with the publisher Scienze e Lettere.