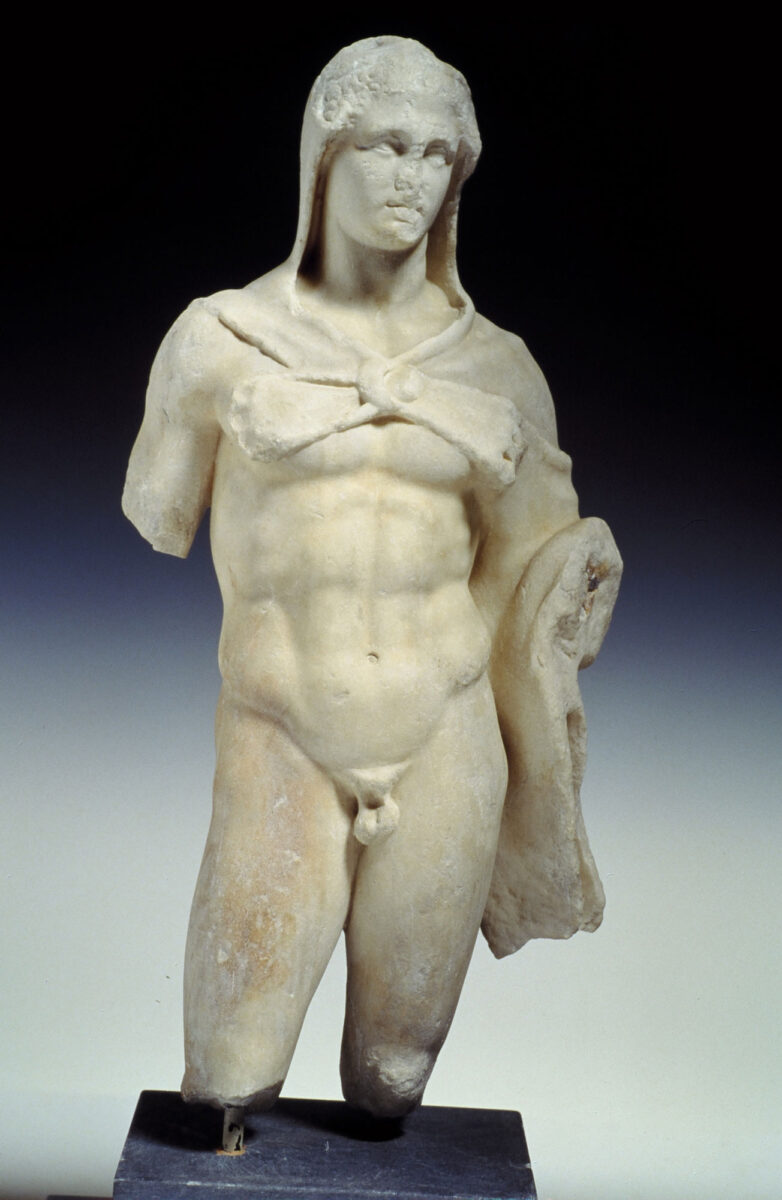 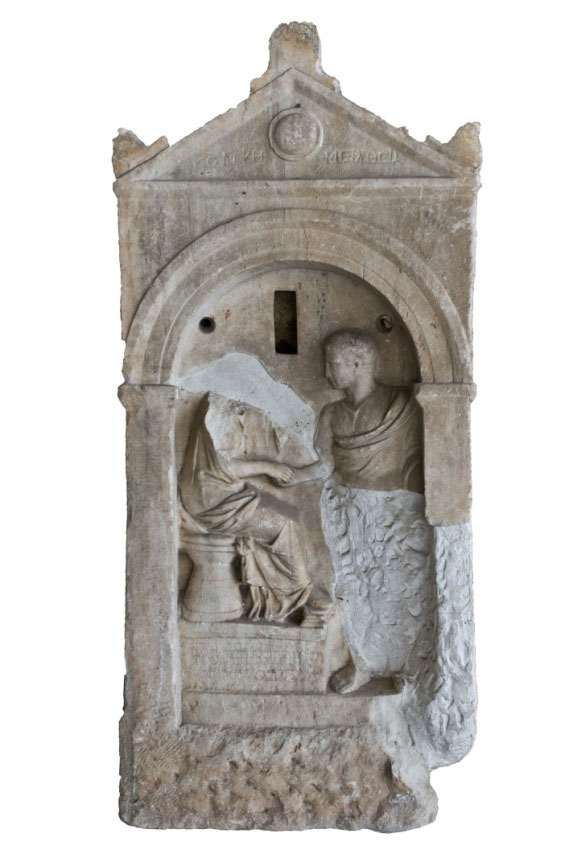 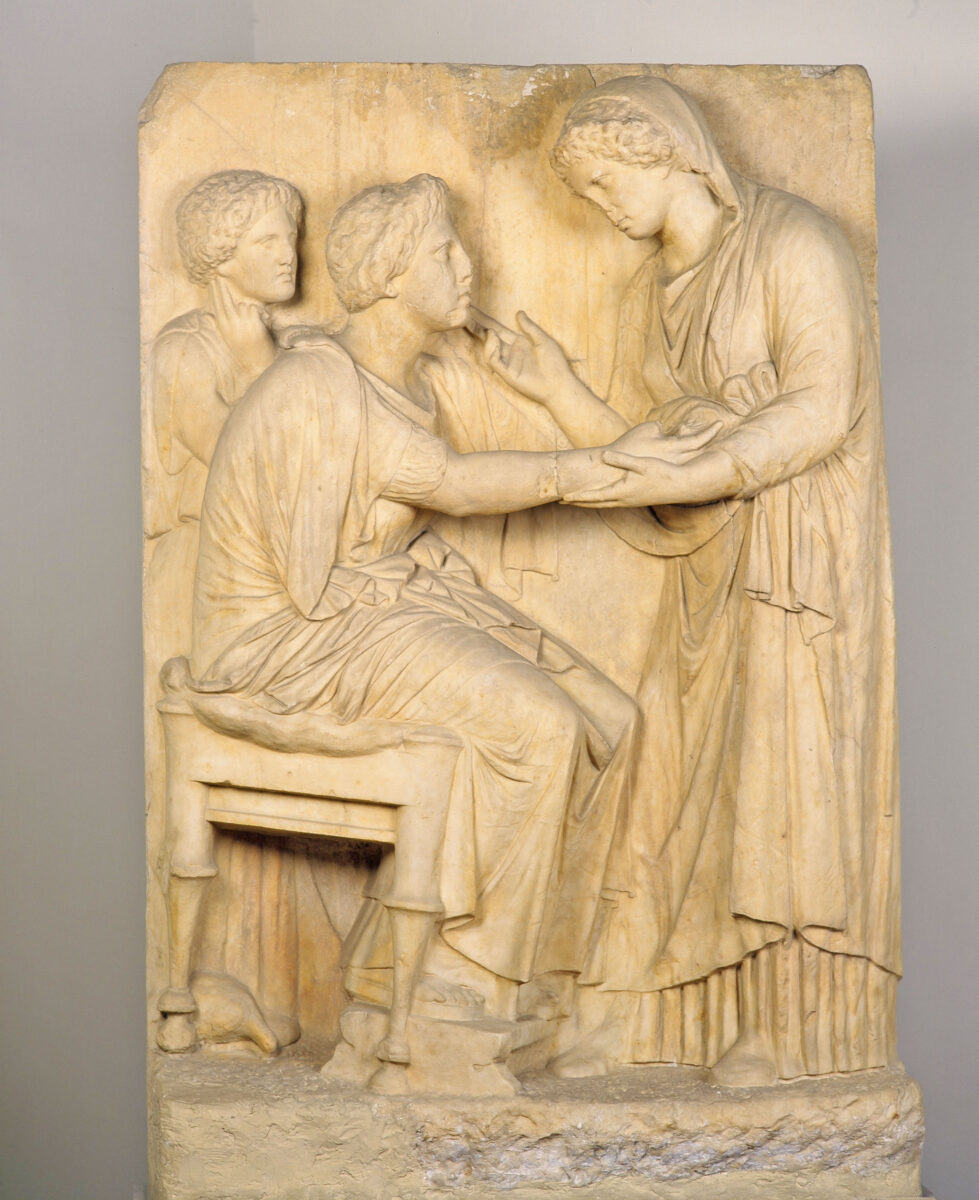 Aiolou Street has a story of its own…

News of the recent discovery of the head of Hermes on Aiolou Street, just 1.3m beneath its surface, made headlines with so many imprints of history being found in every corner of Athens. On the occasion of this discovery, the Ministry of Culture presents a brief history of the district and its important finds.

Aiolou Street, a bustling busy street in today’s Athens, had already been built in Archaic times. As shown by excavations that began in the late 19th century, it has played a prominent role in the timeless history of the city.

According to research conducted by the Ephor of Athens Antiquities Eleni Banou, there are two important elements testifying to the timeless use of Aiolou as a thoroughfare since the Archaic era:

– The 1970’s rescue excavations carried out by the Ephorate of Antiquities on a plot of land at no 65 Aiolou Street which brought to light a large part of the ancient road with seven overlapping pavements!

– The important discovery in the 1980s of the Acharnian Gate of the Themistoclean wall during the renovation of Kotzias Square and the expansion of the National Bank building. The gate is located on the extension of the ancient road and today’s Aiolou street, diverging only slightly to the west. This ancient road obviously led up to the gate to the north of the city and from there, outside the walls, it led to the most populous ancient municipality of Acharnes (today’s Menidi).

Opposite the spot where the head of Hermes was found, near the church of Agia Irene, a unique find of exquisite craftmanship and beauty was unearthed in 1885: The statue of a young, nude Hercules (fig. 1), with the lion skin covering only the left shoulder and the paws of the animal hide tied across the demigod’s strong chest.

The small statue (0.54m) of the Aiolou Hercules, on display in the National Archaeological Museum (Altar Hall), was a new prototype for a peace loving but troubled and anxious man in the “international” environment of the Hellenistic-Post Alexandrian era; an environment that was an ideal nurturing ground for new philosophical, social, political and religious movements such as Christianity. It is very likely that the statuette of Hercules ,dating from the end of the 4th c. BC, had adorned some wayside sanctuary dedicated either to Hercules (it had been found in the nearby Agios Filippos street , the spot of the Hercules sanctuary), or some unknown deity. Nowadays it is the beautiful church of Agia Irene that is situated on this site.

The fragment of a classical burial stele and one from early Roman times (fig. 2) also come from the 1970 excavation. “It is obvious that a wayside cemetery on the curb of the ancient road had already been established since the end of the 5th c B.C, a common practice in antiquity, which was used until early Roman rule”, says Ms. Banou.

Another burial stele found a little further west, on today’s Athinas Street, shows the range of the classical cemetery (fig. 3). It is now also exhibited in the National Archaeological Museum.

This is a work that dates back to 350-325 BC and touches one with the immediacy of its subject. The dead woman is seated on a stool, extending her hand towards a relative who is holding it tenderly by the wrist and addressing her, the deceased, with her other hand raised to the left stands a girl deep in thought. A partridge is pecking under the dead woman’s seat. The monument, known as the Farewell Stele, was originally shaped like a small temple complete with pediment, pilasters and pedestal.

The ancient street — today’s Aiolou — would have other sacred side streets judging from two more Christian churches, the Assumption of the Virgin Chrysospilaiotissa and Agia Paraskevi (from the post-Byzantine era and a monk’s cell (paralavrion)  of the holy monastery of Osios Meletios respectively) that are located on this street a few meters north of Agia Irene. The new religion is known to have followed in the footsteps of the old.

When Athens became the capital of the Greek state, the ancient / Byzantine street once more took on an important role. It was named after the wind god Aeolus, because its starting point was the Horologion/Clock of Andronikos Kyrristos (inside the currently fenced archaeological site of the Roman Agora) which was a building of the 2nd c. BC, dedicated to the winds as a sundial and water clock. Occupying a very large area lengthwise, it became the main thoroughfare drawing the eye of the pedestrian to the most important monumental complex of the city, the Acropolis.