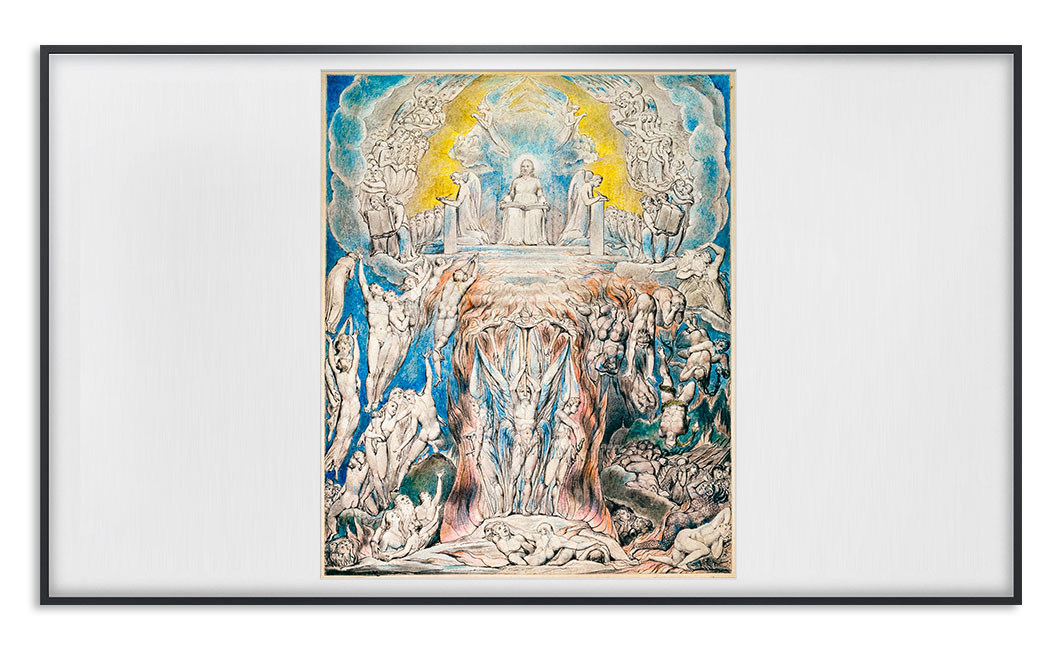 Missing masterpieces of art in a digital exhibition

An initiative by Samsung

Samsung has announced the launch of the exhibition “Missing Masterpieces”, of some of the world’s most iconic and intriguing lost artworks.

As pointed out in the announcement, the masterpieces cannot be physically exhibited, as they are feared to have been lost forever. This is why they have been brought together for the first time in this exhibition, so that anyone can enjoy them, wherever they are, but also in order to contribute to the investigation for the artworks’ recovery.

Among the works, the “View of Auvers-sur-Oise” by Paul Cézanne, which disappeared when “burglars took advantage of New Year’s Eve 1999 festivities to steal the painting. The climbed adjacent scaffolding, smashed a skylight, dropped a rope ladder down and shielded their path with a smoke bomb. Inside, a portable fan blew the smoke, obscuring CCTV cameras. The alarms rang, but the smoke tricked security staff into thinking it’s a fire, so they called the fire brigade rather than intervening, giving the thieves time to escape”.

The exhibition “Missing Masterpieces” includes some of the most impressive lost paintings of famous artists, such as Van Gogh, Cézanne and Monet, and gives us the opportunity to find out more about these astonishing works of art which may never be found again.

As mentioned in the announcement, “across Europe, the pandemic has had a significant impact on art and culture. Millions of euros’ worth of art is stolen every year, but during lockdown alone, at least six pieces were stolen including Van Gogh’s “Spring Garden”, which was taken on what would have been the artist’s 167th birthday.”

“Art is for the enjoyment of everyone, and we have a collective responsibility to protect and preserve our culture for future generations. This is why we are launching Missing Masterpieces, to ensure priceless pieces that may never be seen again, can be enjoyed by as wide an audience as possible. The Frame embodies this, helping to democratise art for everyone and acting as both a TV and a window into the world of art,” Nathan Sheffield, Samsung Europe Head of Visual Display, said.

All 12 artworks in the Missing Masterpieces exhibition are available to The Frame users for free in the Art Store catalogue.

The exhibition has been curated in partnership with Dr Noah Charney, esteemed art crime expert and founder of The Association for Research into Crimes Against Art (ARCA) and features beautiful masterpieces that global law enforcement agencies are actively trying to recover.

Dr Noah Charney, Founder of ARCA, said: “Before you get to work on a puzzle, you want to gather all the pieces, right? It’s the same with a crime or a mysterious loss. From contradictory media reports to speculation in Reddit feeds – the clues are out there, but the volume of information can be overwhelming. This is where technology and social media can help by bringing people together to assist the search. It’s not unheard of for an innocuous tip posted online to be the key that unlocks a case.”

The missing works are: