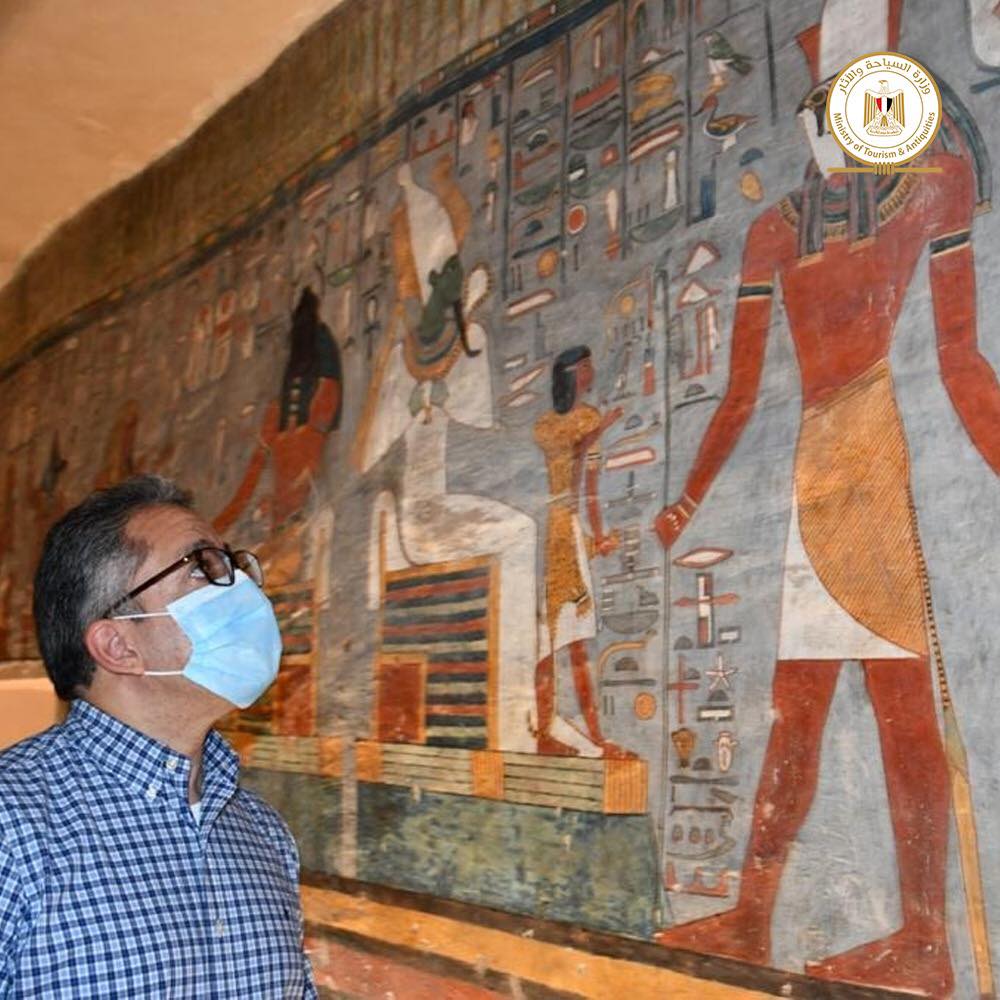 Τomb of Pharaoh Ramesses I has been reopened

Τhe tomb of Ramesses I, founder of the 19th Dynasty, has been reopened following restoration and received its first high profile visitors.

During his trip to Luxor, Dr. Khaled El Enany, the Egyptian Minister of Tourism and Antiquities, visited the Valley of the Kings on the Nile’s West Bank in Luxor, to inspect the newly restored tomb, known as KV16. Alongside him was Dr. Mostafa Waziry, Secretary-General of the Supreme Council of Antiquities.

According to a statement by Dr. Waziry, floors at KV16 were restored and walls were cleaned from remains of birds and bats. He added that existing inscriptions were restored and cleaned and the soot was removed.

KV16 was discovered in 1817 by Giovanni Belzoni.  It is 29 m long and consists of a short corridor that ends with a burial chamber containing a granite sarcophagus.

The tomb of Ramesses I is particularly important for its scenes from the Book of Gates; on the burial chamber, the visitor can see a scene where the boat of the sun God is dragged by four figures, while another important scene represents the King kneeling before the spirits of Pe and Nekhen (Hierakonpolis).

Ramesses I was not born royal. He was a deputy of the army in the era of Pharaoh Horemheb, and he was called Paramessu. As Horemheb was childless, Paramessu was appointed as his successor. Following the Pharaoh’s death, he ascended the throne as Ramesses I, founding the 19th Dynasty c. 1292-1290 BC, and reigning for a few years, also commissioning his royal tomb at the Valley of the Kings.

Still, unlike many of his predecessors and successors, he was not found in any of the famous caches of royal mummies. Instead, his body was identified as a mummy brought to North America during the 19th c. Following repatriation, this mummy is now displayed in the Luxor Museum at the Hall of the Glory of Thebes.

For more important discoveries from the Valley of the Kings see here and here.