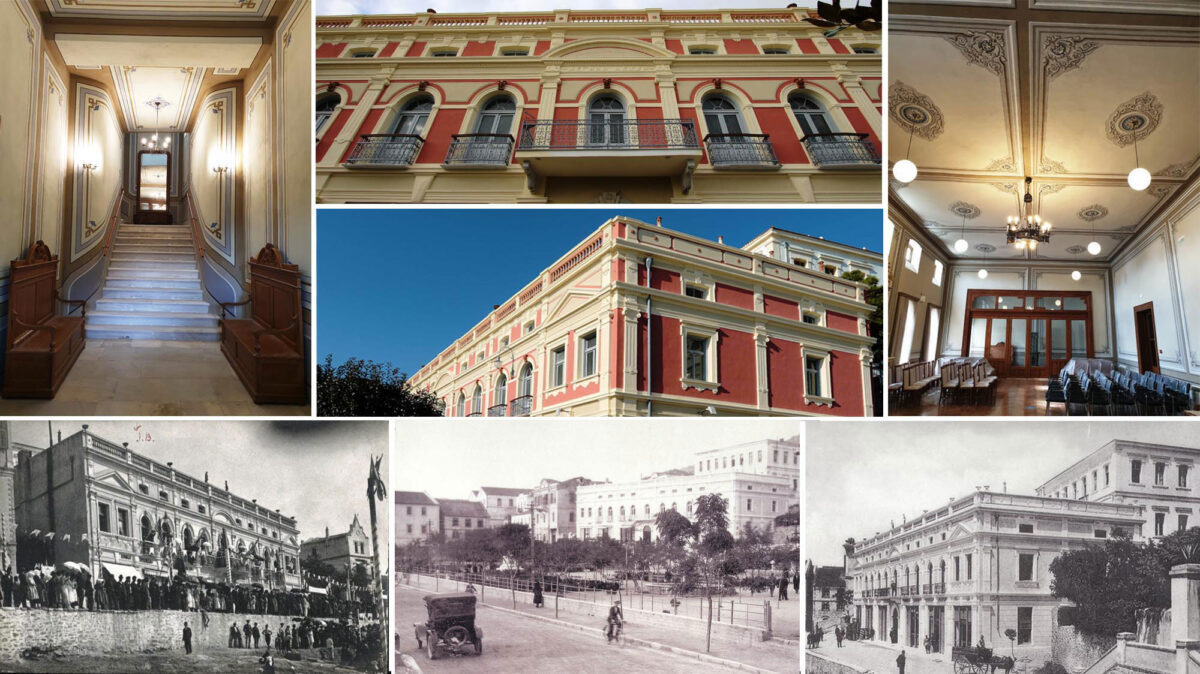 Kavala: the emblematic building of the Grand Club opens once again

Nine years after being radically renovated

The Municipality of Kavala welcomed 2021 with one of the most important projects of restoring, conserving and renovating a building over a century old; the Grand Club. This neoclassical mansion which started being constructed in the late 19th century, completed in the early 20th and opened in 1910, is an architectural jewel, displaying the wealth and power of the Greek community under Turkish occupation and inextricably linked with the history of Kavala. This was a region which after 1900 was gradually transformed from a small arid village into a large multicultural community offering its locals a better quality of life.

The mansion owes its importance not only to the wealth of its architecture but for having hosted some of the greatest personalities of modern and contemporary Greece from the field of politics, arts and letters, with numerous first rate events being held there.

The Grand Club (owned by the Kavala Women’s Charity for the Poor, the oldest association in the city), is the last in a row of of exquisite listed buildings on the cobbled Cyprus street, which testify to the prosperity of the once robust tobacco producing town along with the Catholic church of Agios Pavlos, the town hall, the Wix mansion, the old Girls’ School and the Tokos mansion, which now houses the Ephorate of Antiquities.

2021 was to have been the year the doors of the Grand Club reopened to the public. Chandeliers and sconces would once again illuminate the impressive wall paintings, carved porcelain heaters glow again, the halls reflected in the wooden mirrors and the imposing marble entrance once more welcome all those wishing to become acquainted with the building’s rich history.

Unfortunately, however, the coronavirus pandemic suspended all events and activities planned by the Municipality of Kavala and the bodies involved. Instead, online inaugurations will replace impressive opening events that aim to highlight this building’s unique architecture.