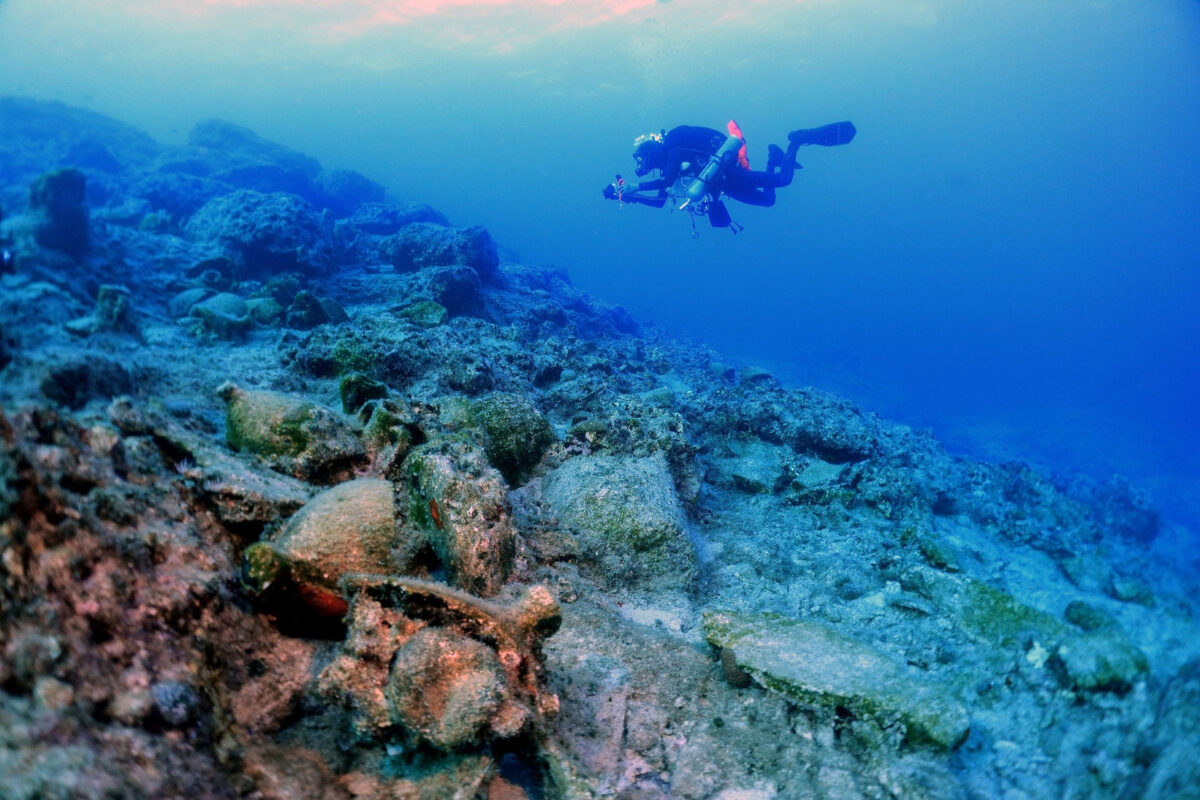 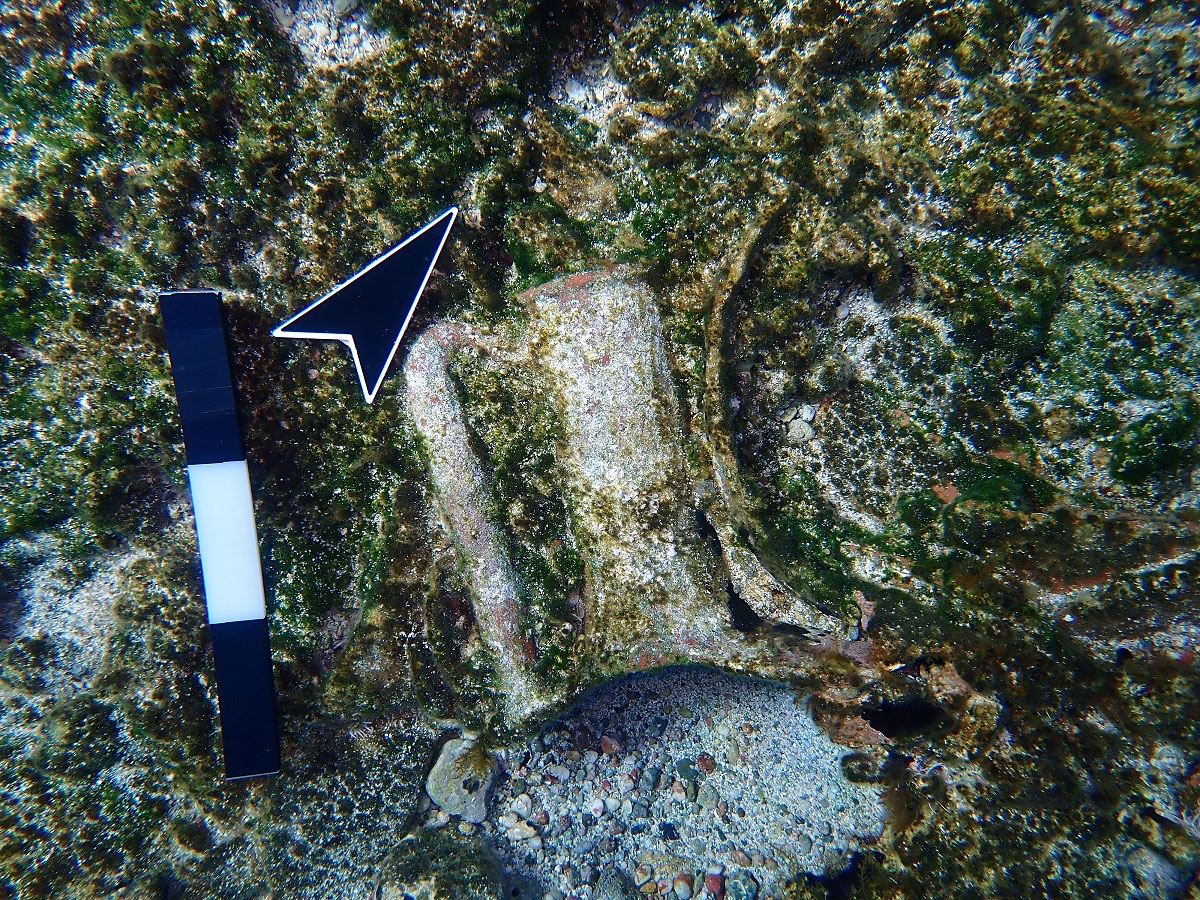 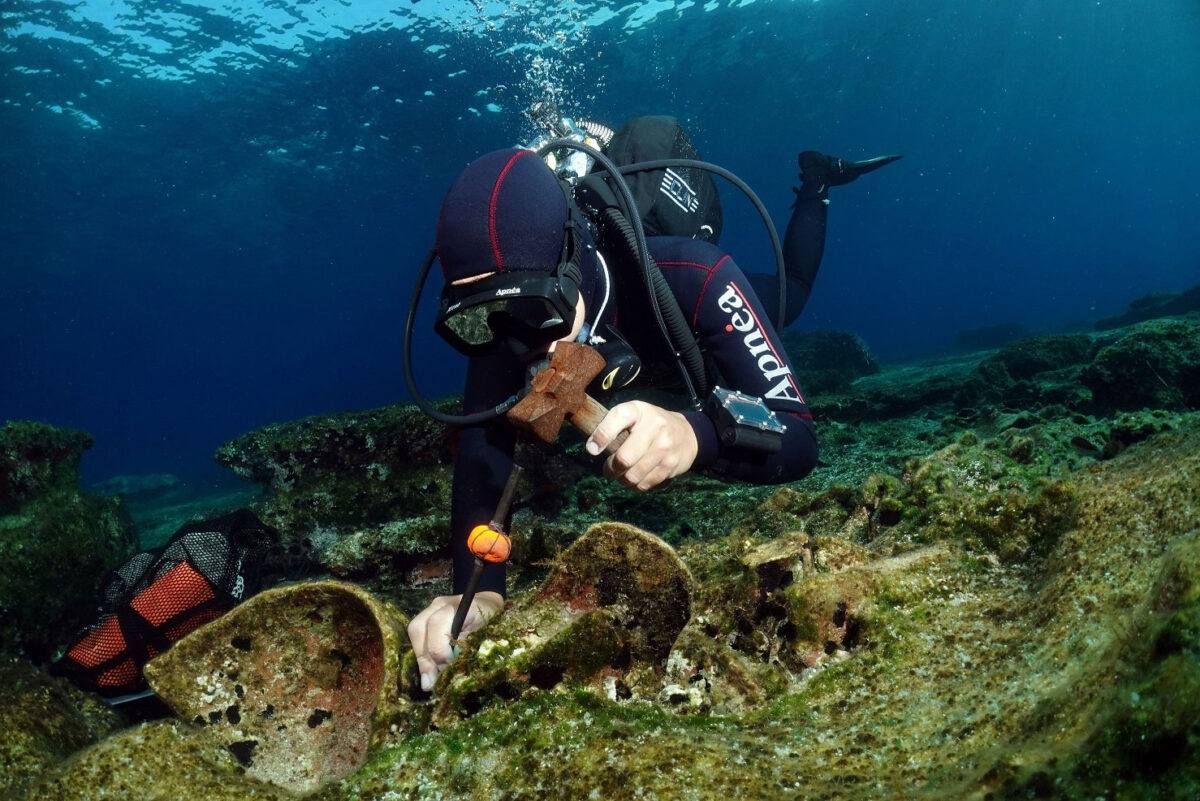 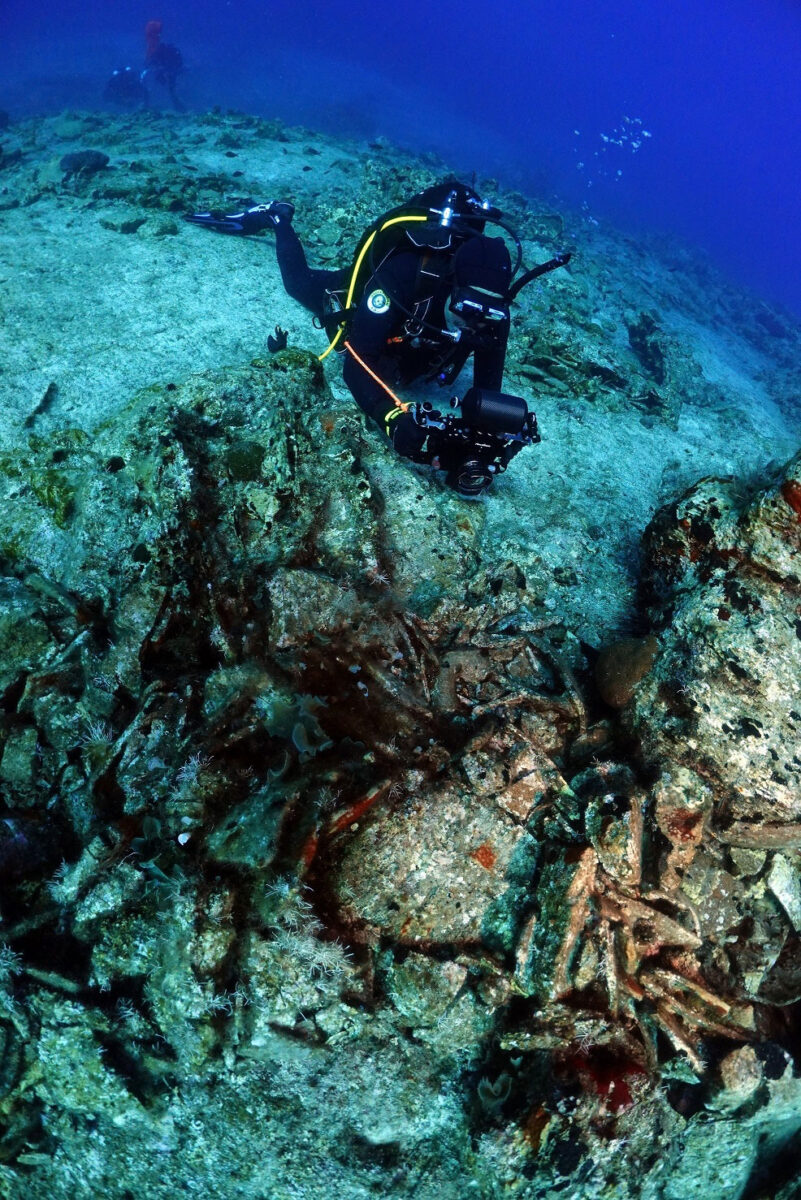 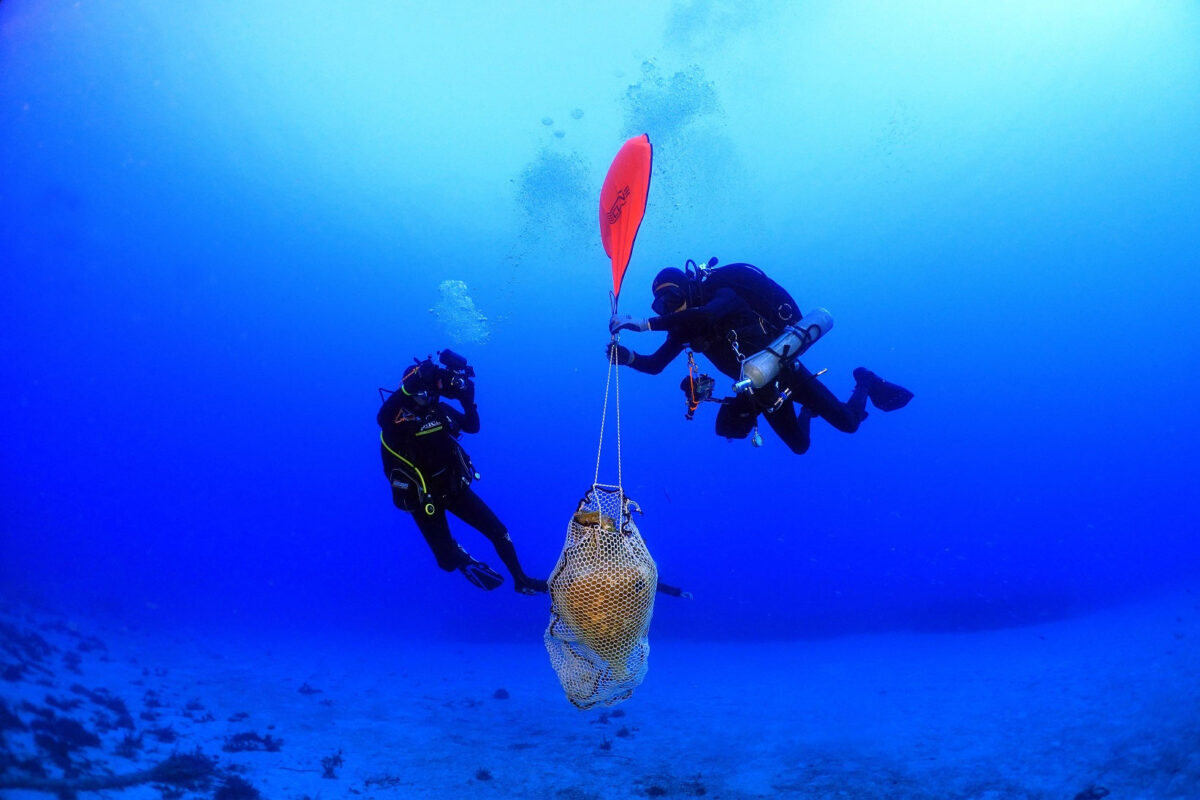 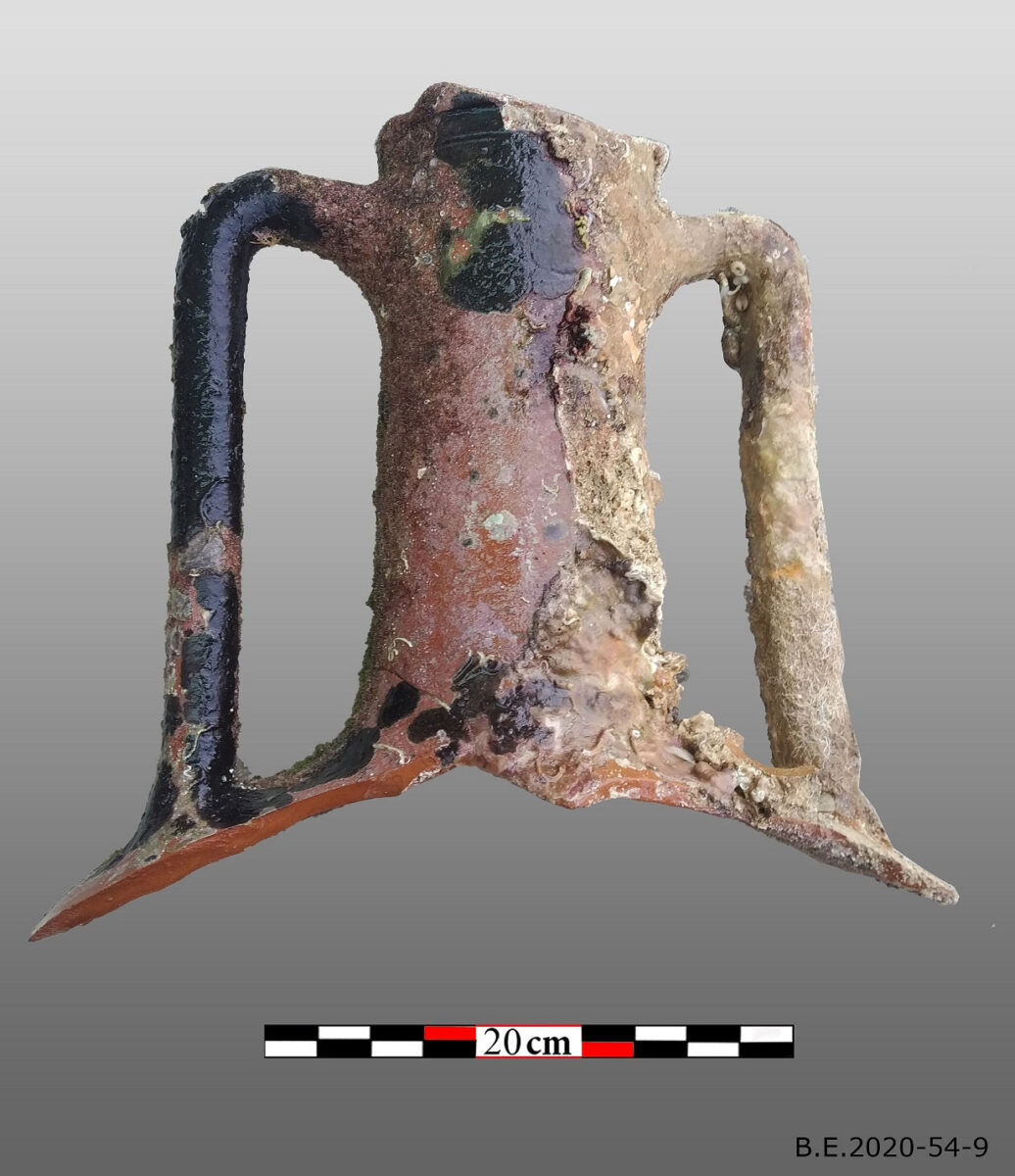 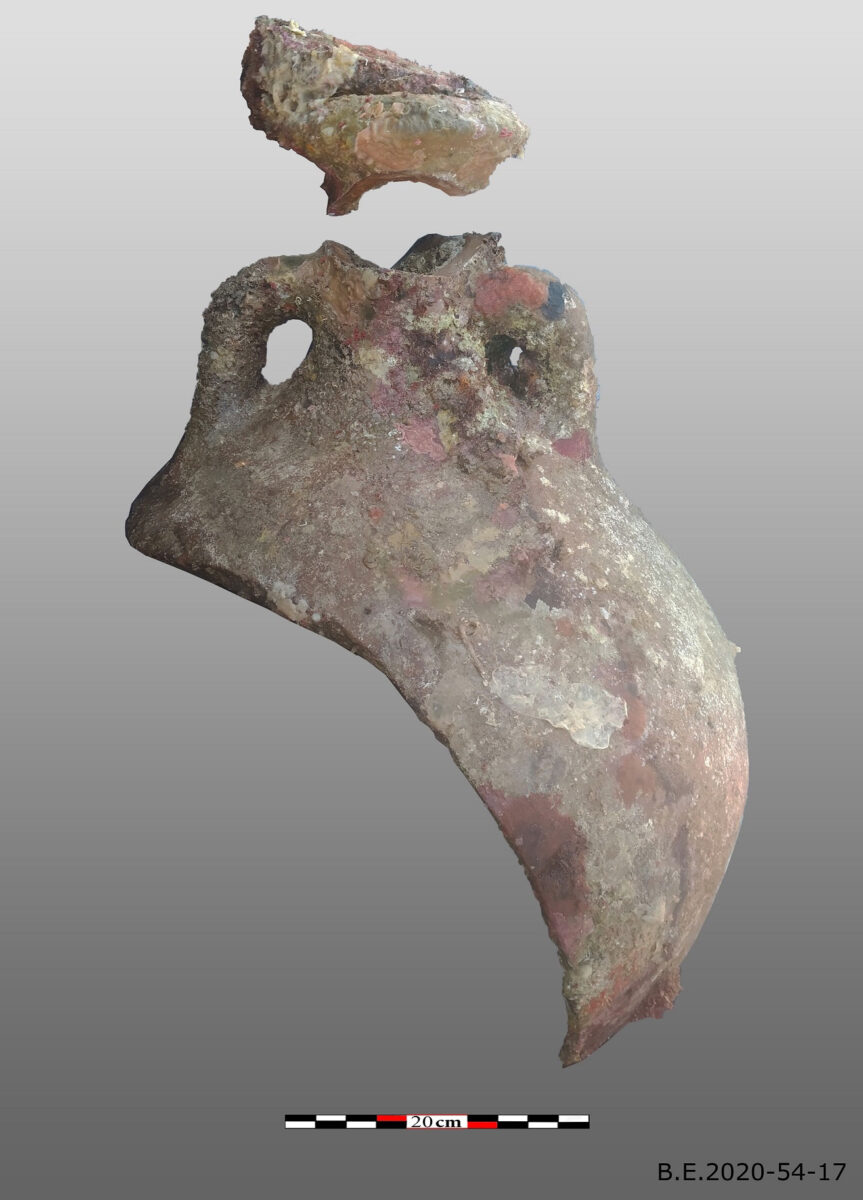 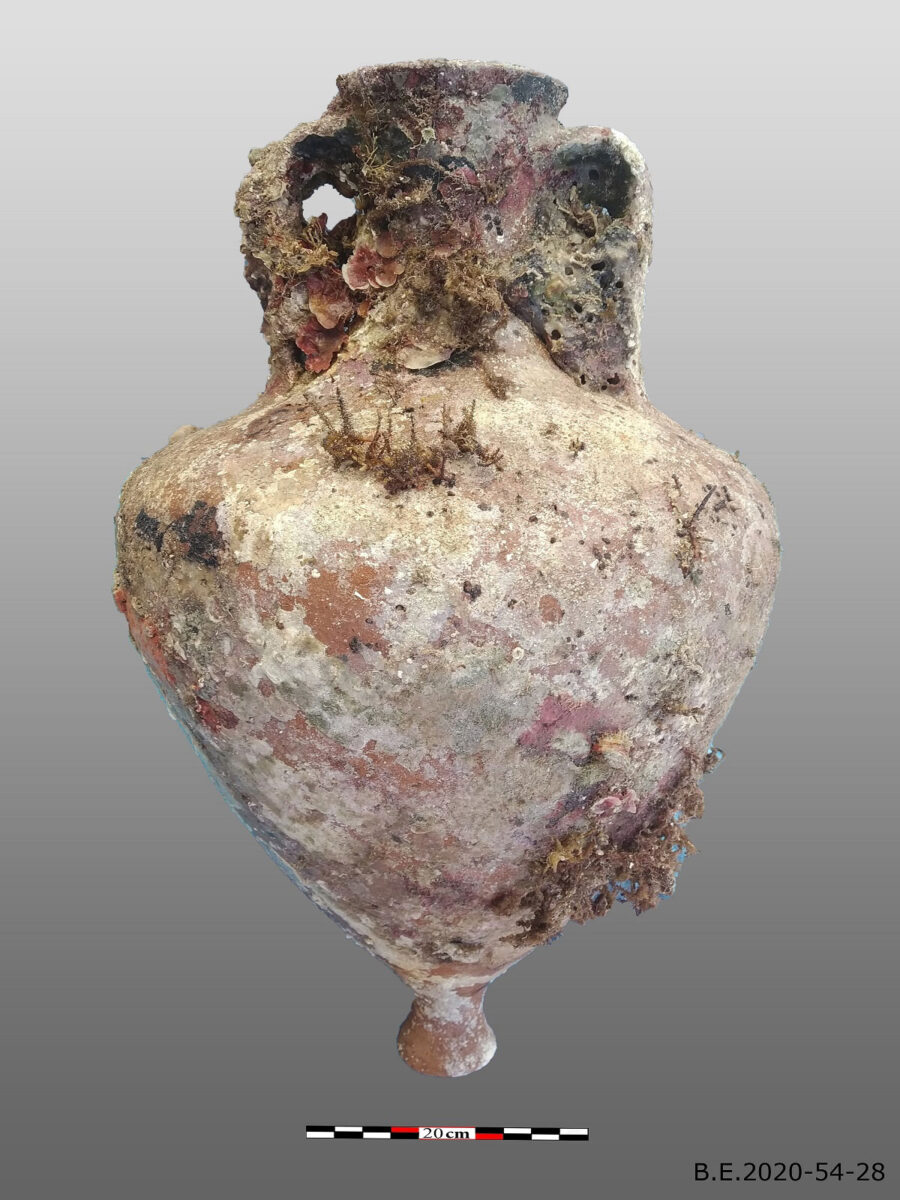 Underwater Archaeological Research off Kasos in 2020

Important archaeological evidence is included in the new findings of the second underwater research operation in the sea off the island of Kasos, conducted by the Ephorate of Underwater Antiquities of the Ministry of Culture and Sports, in collaboration with the Institute of Historical Research of the National Research Foundation. The underwater archaeological research was carried out between September 23 and October 14, 2020, led by archaeologists Xanthi Argyri and Georgios Koutsouflakis.

The most remarkable find in the second research season was a ship wreck of the Roman period with a mixed cargo containing amphorae of the popular “Dressel 20” type (1st-3rd century AD), used for oil and made in Spanish ceramic workshops in the Guadalquivir region. Also found were amphorae of the “Africana I” category (2nd -3rd century AD) whose production was limited to the ceramic workshops of Africa Proconsularis, particularly in the region of present day Tunisia. Based on the samples of pottery salvaged, the shipwreck can be dated between the 2nd and 3rd century AD.

Three more ancient shipwrecks were located and documented, including one with a cargo of amphorae produced in the North Aegean of the Hellenistic period (1st century BC) and a shipwreck with a cargo of amphorae of the Classical period (5th century BC) produced in ancient Mendi. Another shipwreck dates back to modern times. The research also identified and recorded a large number of individual findings.

For the first time the remote frontier island of Kasos became a field of systematic archaeological research as part of a three year project (2019-2021) aiming to locate, document and study underwater antiquities of a place that had been both a crossroad of civilizations and an important shipping centre from antiquity to modern times. During the 2020 research season, 23 expert scientists and technicians of various specialties participated in the field work and over 100 team diving were carried out with over 200 hours of individual time spent on the sea bed, while approximately 80% of scheduled research in the region was covered.

The research was funded by the Ministry of Culture and Sports, the Municipality of Kasos, TERNA ENERGY, REVOIL, the Kassian Brotherhood of New York and an anonymous sponsor. It was supported by the Municipality of Kasos, the Management Agency of Protected Areas of the Dodecanese and by the following companies: Apnea, Aquatec, Hellenic Cables S.A. Blue Star Ferries and Map4u.