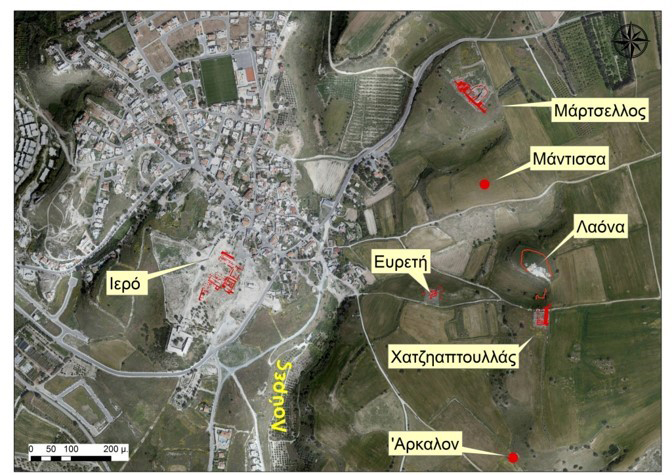 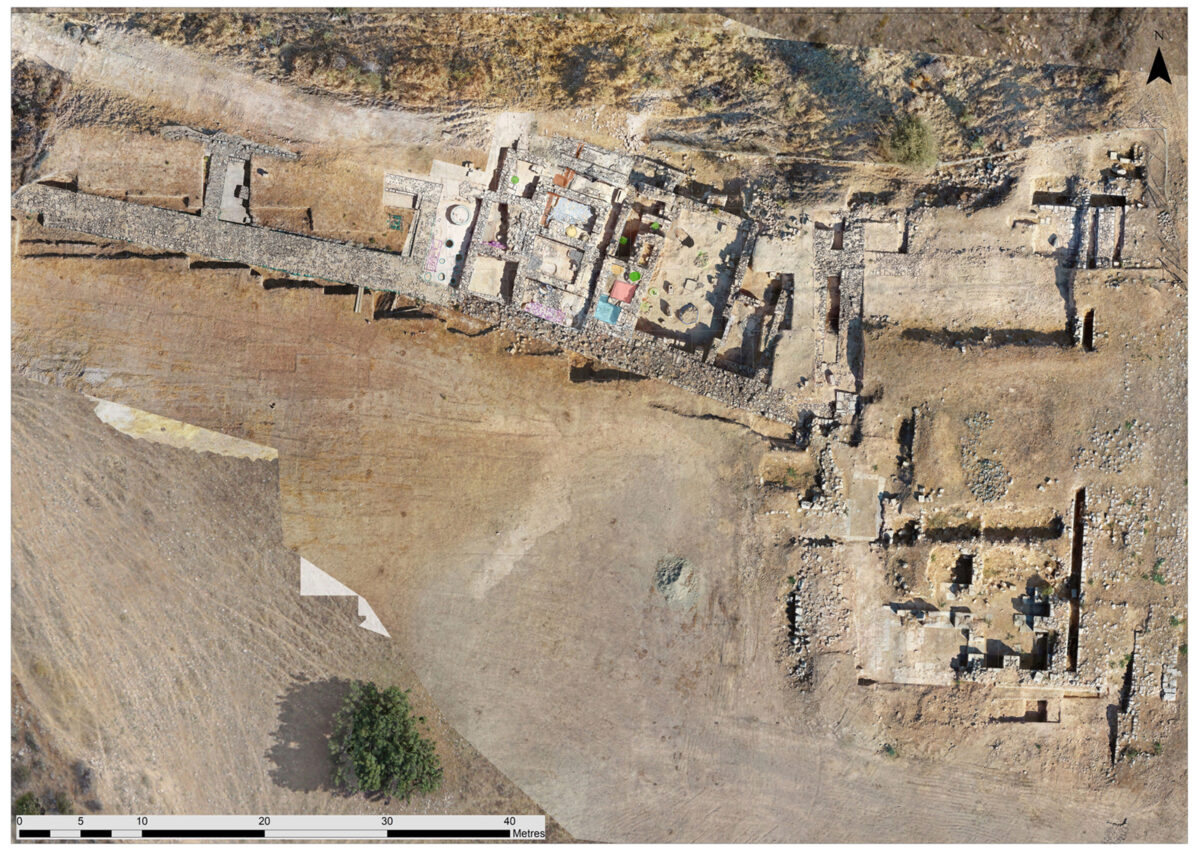 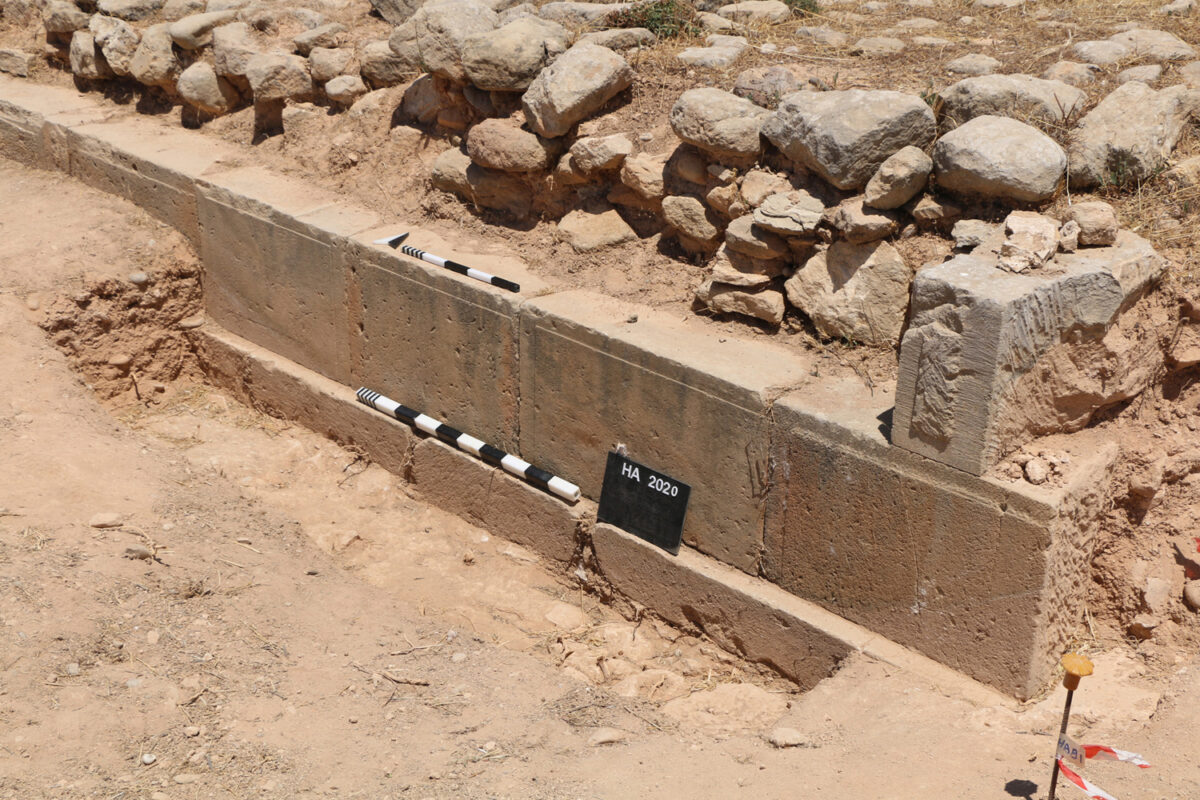 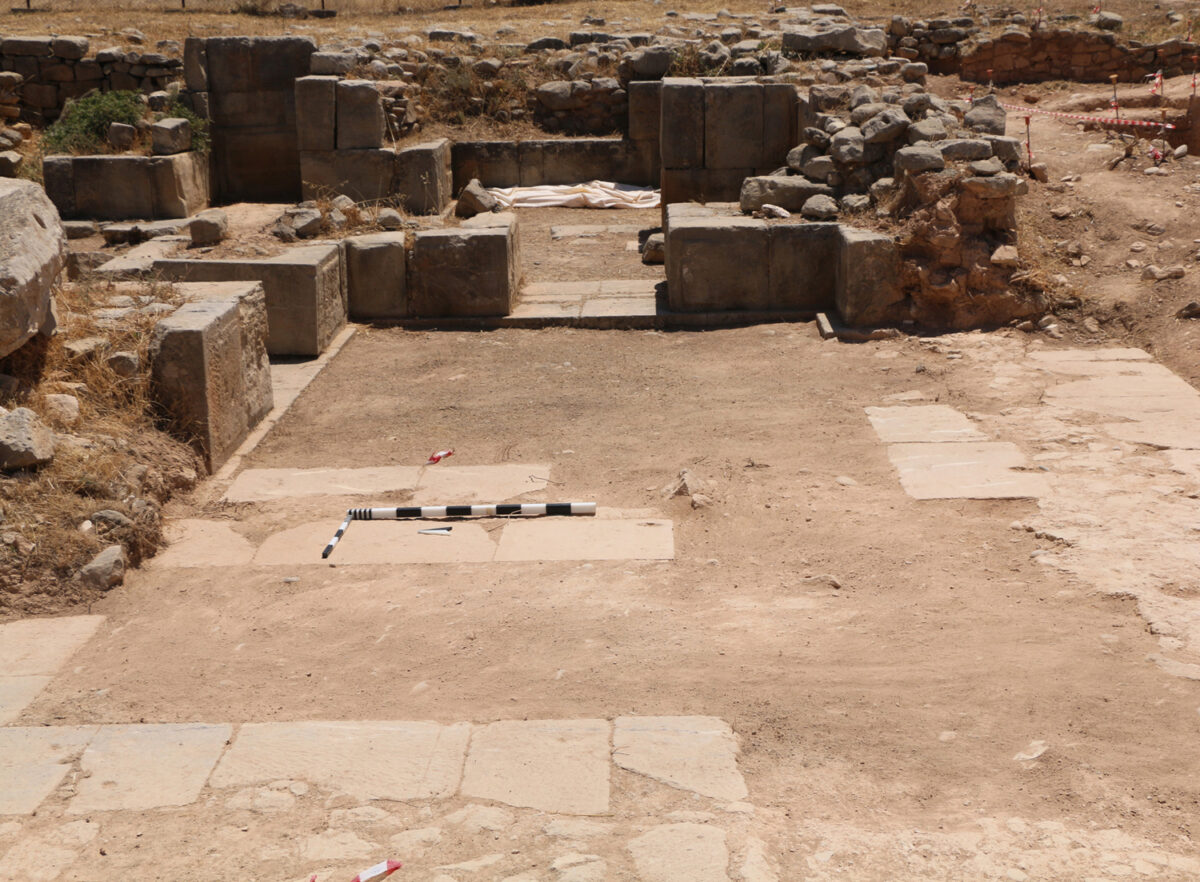 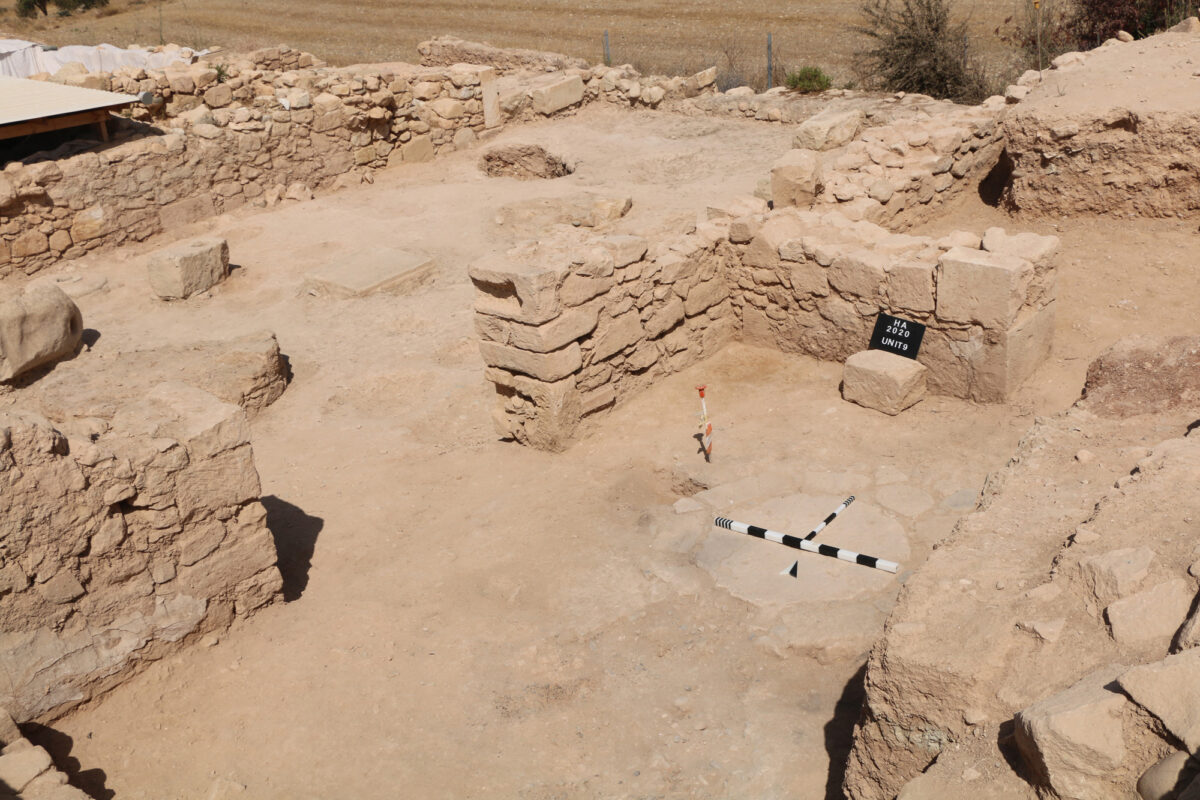 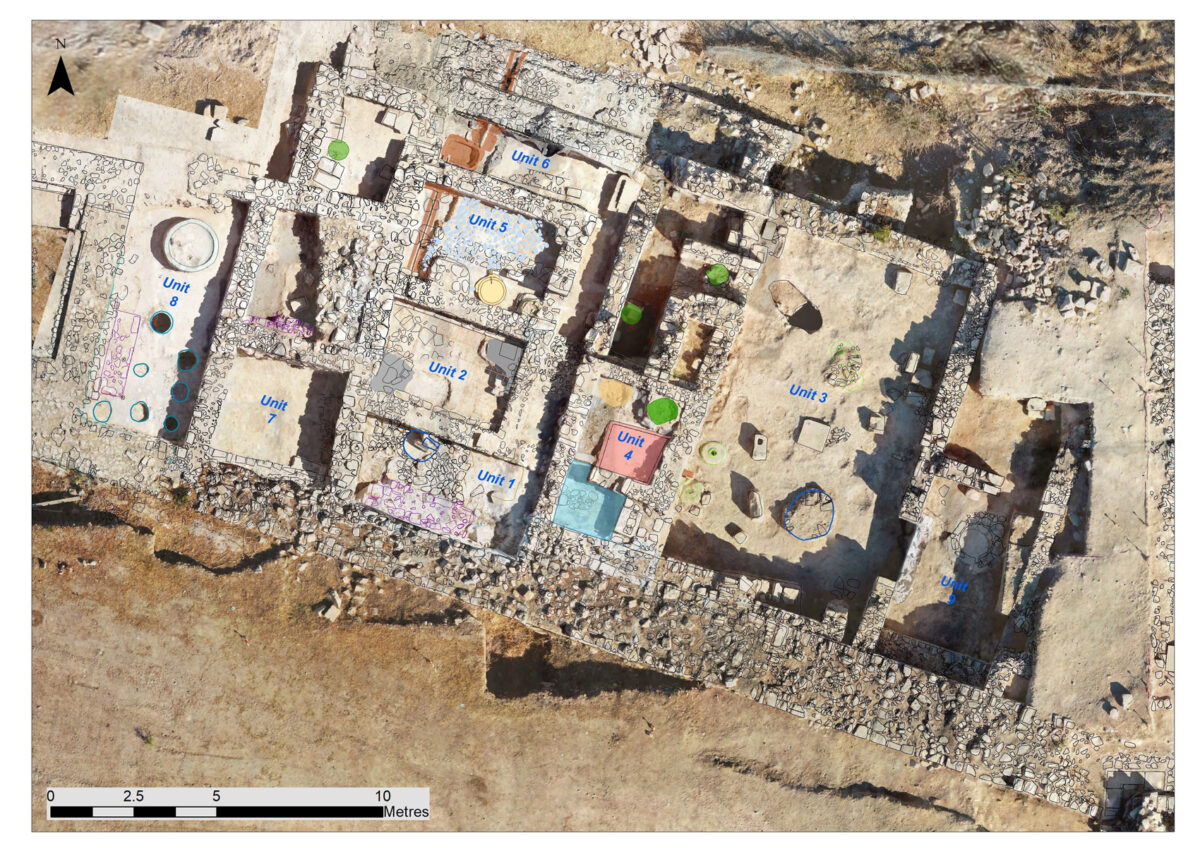 The citadel and the workshops of the Cypro-Classical period

The Department of Antiquities of Cyprus (Ministry of Transport, Communications and Works) announces the completion of the 15th annual field campaign carried out by the University of Cyprus in Kouklia/Palaepafos. Despite the difficult conditions caused by the pandemic, the University of Cyprus Expedition conducted three periods of investigation in 2020. These were organised within the general framework of the Palaepafos Urban Landscape Project, which aims to investigate the urban landscape of ancient Pafos. The Project began in 2006, under the direction of Professor Maria Iakovou (fig. 1).

During the first period of archaeological investigations, in June 2020, work focused on the plateau of Hadjiabdoulla, the acropolis of the Cypro-Classical period. The aim of the work was to investigate the spatial relationship between the citadel (the Eastern Complex, which was partially excavated between 1950-1955 by a British mission), and the extensive workshop complex in the west (Western Complex) that was first identified in 2009 by the Palaepafos Project (fig. 2). Following the removal of the old fence and the cleaning of the perimeter and the interior of the citadel, it was confirmed that the British mission had investigated the southern one third of the monument, which measures 40×32 m. in total. Investigations at the foundations of the ashlar walls belonging to the impressive southern wall (fig. 3.), as well as its location, at a higher altitude than other parts of the natural bedrock, revealed that the citadel had been built at the highest point of the acropolis. The floors of the citadel rooms (fig. 4.) are 2,5 m. higher than the floors of the workshop complex, which constitutes an entirely separate installation running along the north side of the plateau.

During the second period of investigations, which took place in September 2020, the Mission focused on the space between the two monuments and identified the western limits of the citadel. In the workshop complex a unit was excavated in the east, raising the total number of excavated units in this area to 9. With the excavation of Unit 9 (fig. 5) 970 square metres of the Western Complex (65×15 m.) have been investigated in total, corresponding to approximately 35% of the monument’s total extent (fig. 6).

Also during the second phase of the 2020 investigations the peak of the Cypro-Classical fort was excavated, which is contemporary with the citadel and is preserved at a height of 6 metres, beneath the soil that was brought in to form the Laona tumulus. The interior face of the fort is of mud brick and unworked stones. The total height that has been uncovered until now is 1.20m (fig. 7.).

The third phase of investigations took place in October at the site of Laona. Investigations aimed to conduct preventive conservation on the mud brick walls of the fort, which were covered in a mixture of mud and straw.