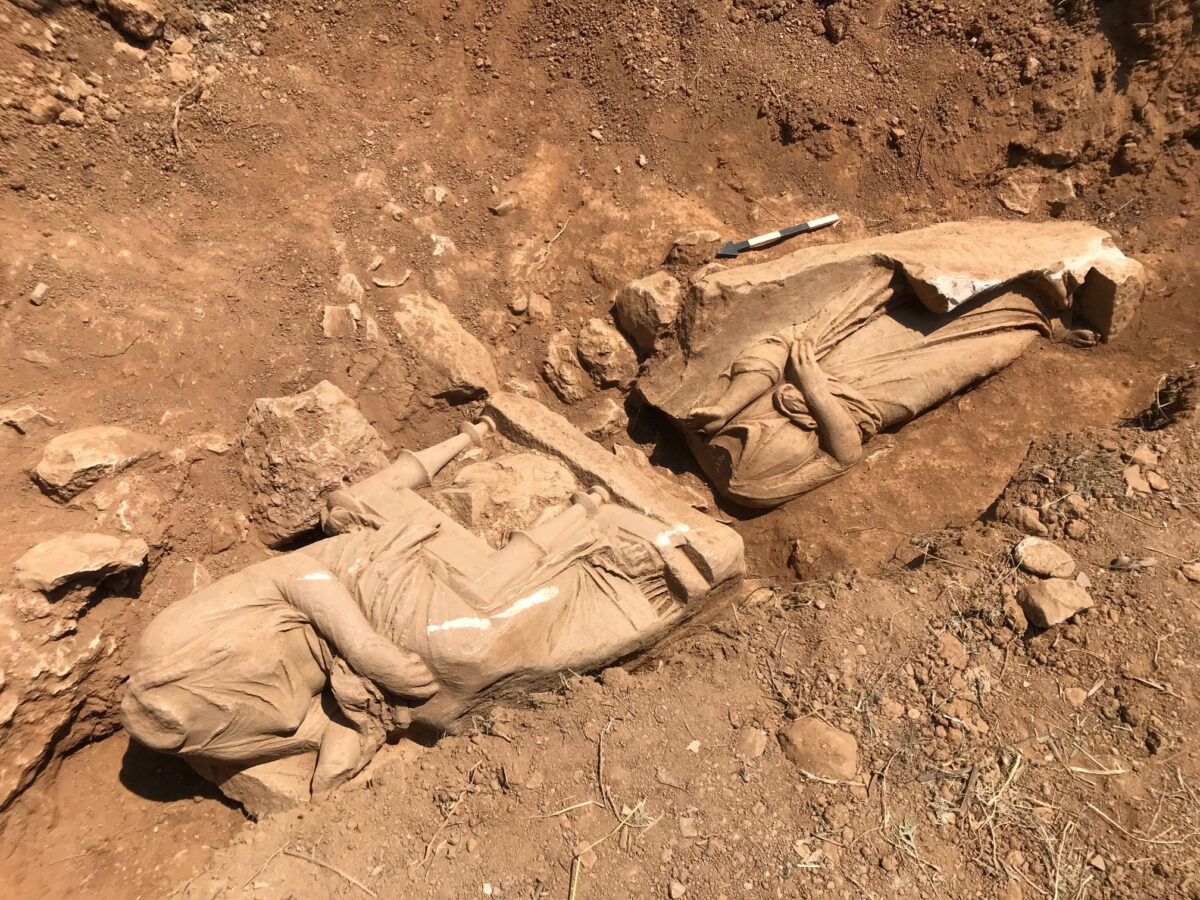 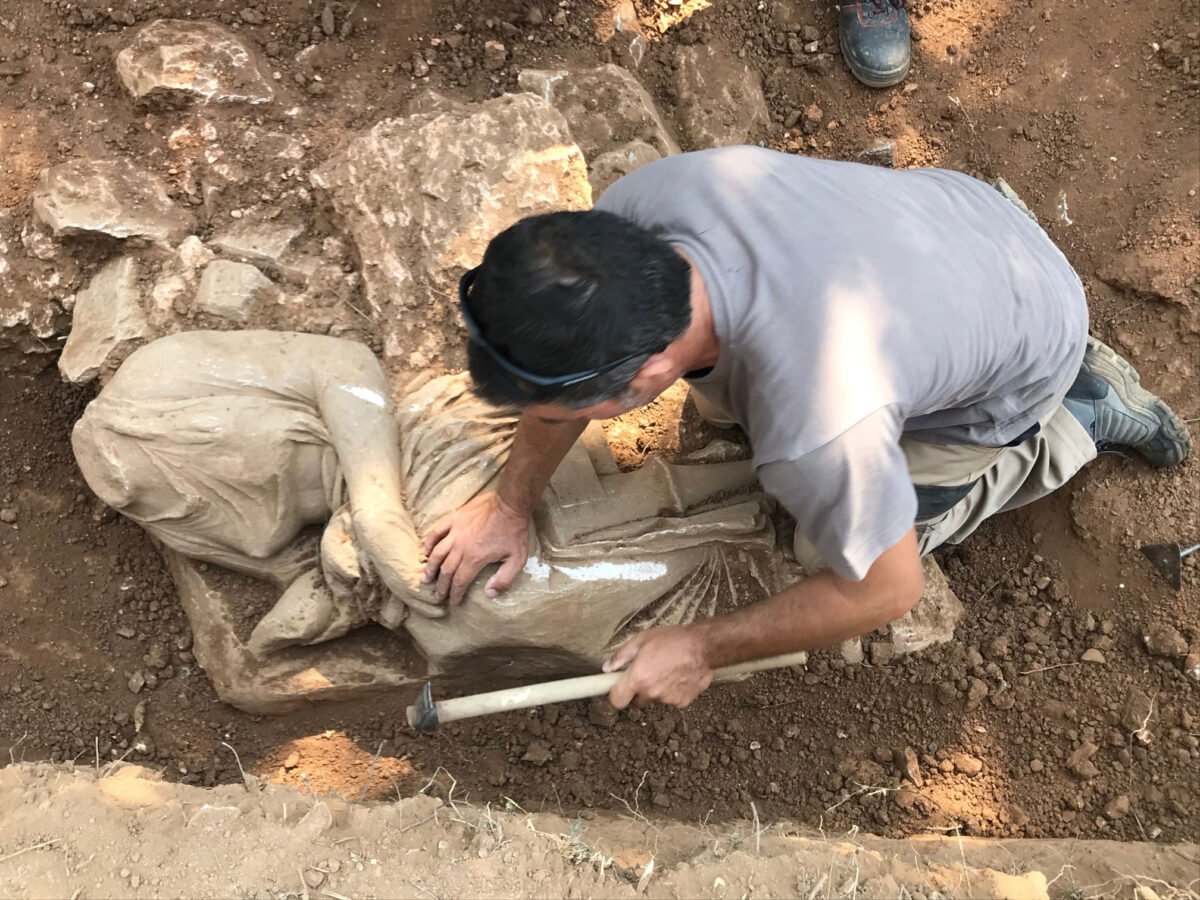 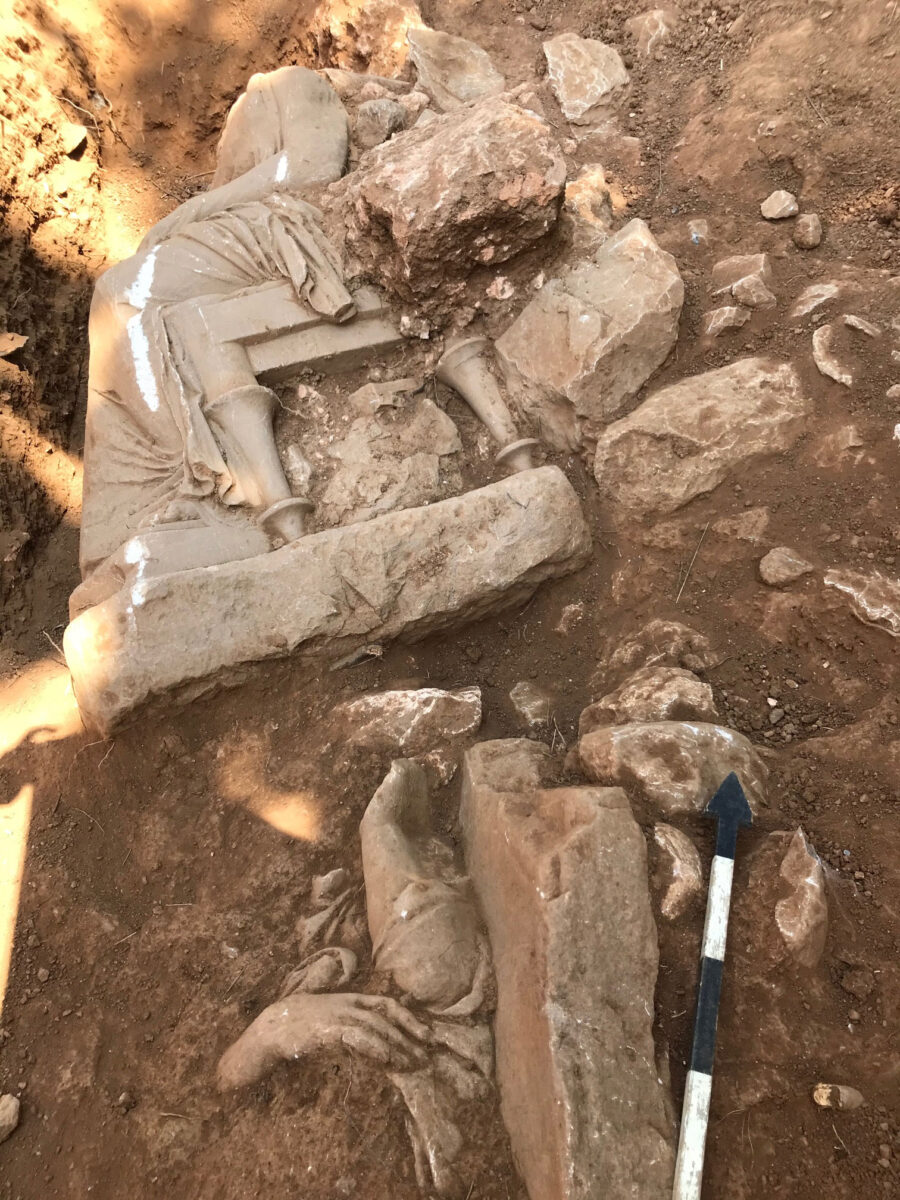 The monument is fragmented, broken into two parts

The monument is fragmented, broken into two parts. It depicts two life size female figures facing each other: on the right, the deceased woman is seated on an elaborate stool, her legs placed on a low footrest. She is dressed in a transparent Ionic tunic and himation. On the left, the maid stands before her mistress, sadly leaning her head on her left hand.

The subject matter of the monument is typical of 4th century BC bas relief burial sculptures and is encountered in the burial stele built into the wall of the Agia Paraskevi church in Markopoulos, Mesogaia, in the Egeso stele from the Kerameikos cemetery (National Archaeological Museum) and in the Mnesareti stele from Velanideza (Munich Glyptothek). The almost counter relief rendering of the figures on the Paiania monument is impressive and dates it to the period prior to 317 BC when Dimitrios Falireus prohibited by law the construction of luxurious burial monuments.

The bas relief was transferred for safekeeping and conservation to the Archaeological Museum of Vravrona. The excavation is ongoing and more of the monument’s fragments are likely to be found. Remains from other eras are also being excavated on the plot of land.