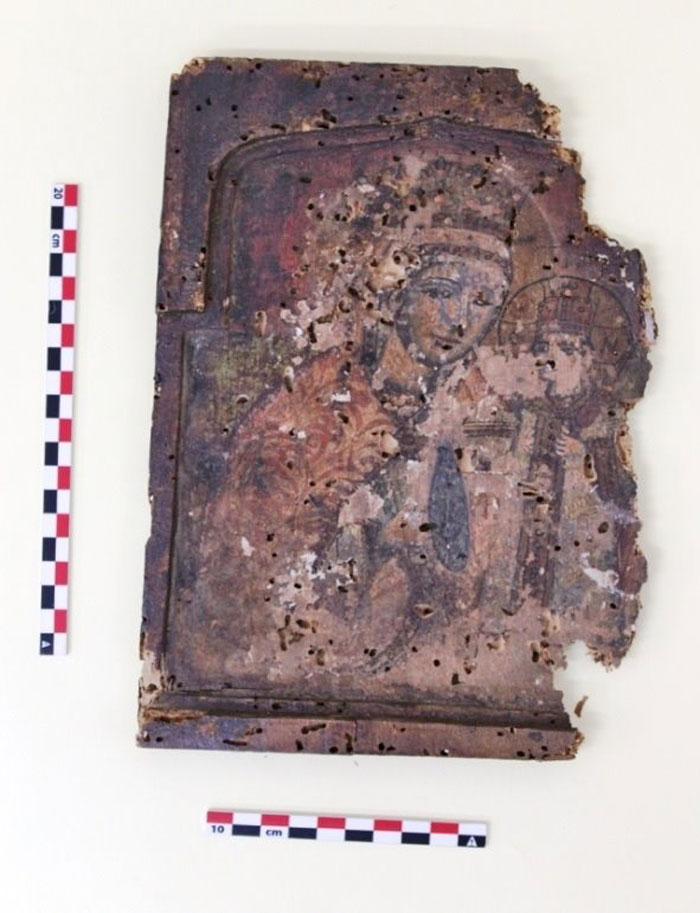 A small treasure of religious artefacts has come to light after the death in Drama of a woman and her son, with numerous religious icons and ecclesiastical items being found in their house.

In fact according to the opinion of an expert archaeologist, one of the icons (a triptych) dating from the second half of the 18th century, falls under the provisions of the law protecting antiquities and cultural heritage in general.

As it became known, the first to pass away was the son, followed a few days ago by the mother. Since information had reached the Authorities that the two occupants were in possession of religious artefacts, a search was carried out in their home, in the presence of a court official.

It was announced that police officers of the Thessaloniki Security Department assisted by their colleagues from the Security Department of Drama, located over 380 religious icons and various ecclesiastical items including a Gospel, a Synopsis, two crosses and more.

Some of the confiscated items were handed over to the Drama Ephorate of Antiquities to be examined and given a final archaeological assessment, while the provenance of the rest of the artefacts is being investigated.