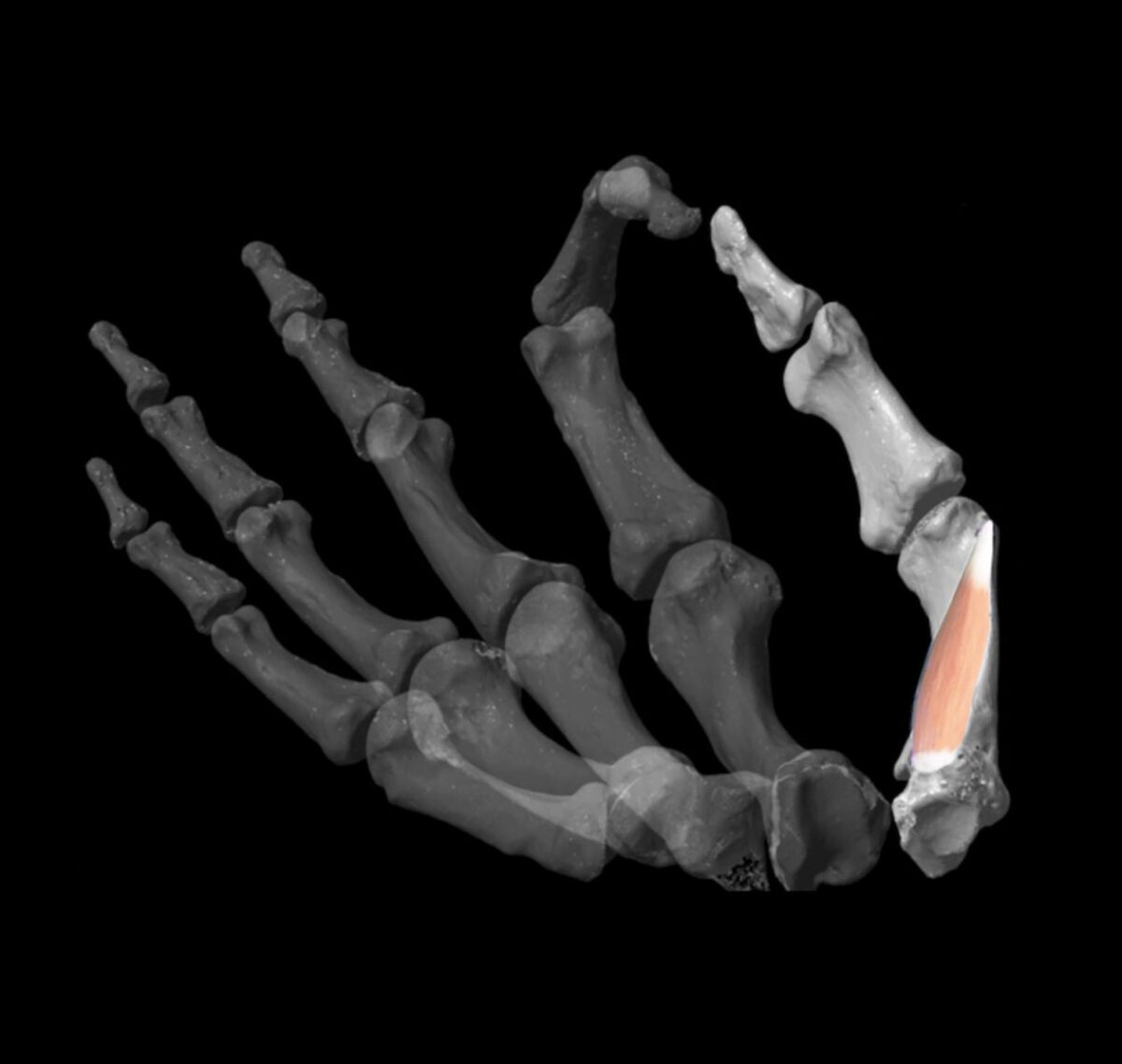 The mobility of the human thumb gave mankind decisive advantages in evolution. The ability to grasp precisely allowed early humans to be better at tool production and use, and to expand their food spectrum, for example.

An interdisciplinary research team led by Professor Katerina Harvati, head of Paleoanthropology at the Senckenberg Center for Human Evolution and Paleoenvironment (SHEP), University of Tübingen, has now shown that this development could have appeared some two million years ago. The researchers analyzed fossil thumb bones and used virtual modeling to calculate manual dexterity of different human species. This research was conducted in close collaboration with the Hertie Institute for Clinical Brain Research (HIH), the Natural History Museum in Basel and the Medical School of Athens. The results have been published in the latest edition of the journal Current Biology.

Systematic stone tool production and use are regarded as one of humanity’s defining characteristics and a pillar of our bio-cultural evolution, closely connected with our increased manual dexterity and ability for precise grasping motions. However, even though heightened manual dexterity is critical for human behavior and subsistence, its role in the development of early human culture remains unclear, as does the timing of its appearance and the hominin species with which it was first associated.

The team addressed this research gap through a new, integrative approach for analyzing fossil thumb bones from different human species – including from early modern humans, Neanderthals, Australopithecus and Homo naledi. The researchers developed an innovative biomechanical model to analyze the forces that the thumb muscles might have exerted in each species and calculated each thumb’s dexterity. For further comparisons, the team also looked at how today’s great apes use their thumbs.

“Our approach focuses on the efficiency of thumb opposition, a hallmark of human manual behavior that is fundamental for human-like precision grasping and tool use,” says Dr. Alexandros Karakostis, first author of the study and an expert on hand biomechanics. “For the first time, we were able to evaluate the impact of muscle tissues, which are not preserved in the fossil record, and the shape of the thumb bones, on the thumb-using efficiency, and therefore dexterity, of different fossil hominin species,” he says.

This integrative methodology revealed remarkably high efficiency in hand bone fossils from the Swartkrans cave site in South Africa, dating to approximately 2 million years ago. “This point in time is associated with crucial bio-cultural developments, including the appearance of the larger-brained Homo erectus and increased levels of tool use and cultural complexity,” says Professor Harvati.

The researchers found that the earliest proposed tool-making hominins of the genus Australopithecus, had consistently low thumb opposition efficiencies, similar to those observed in great apes today. This was also the case for Australopithecus sediba, a species whose human-like thumb proportions had been thought to reflect human-like grasping capacities.

In contrast, more recent hominins, including Neanderthals, the small-brained Homo naledi and early Homo sapiens, all exhibited similarly high levels of thumb-using efficiency. “The fact that thumb opposition efficiency was consistently substantial in the genus Homo highlights the major importance of this evolutionary advantage for human bio-cultural evolution”, Harvati concludes.