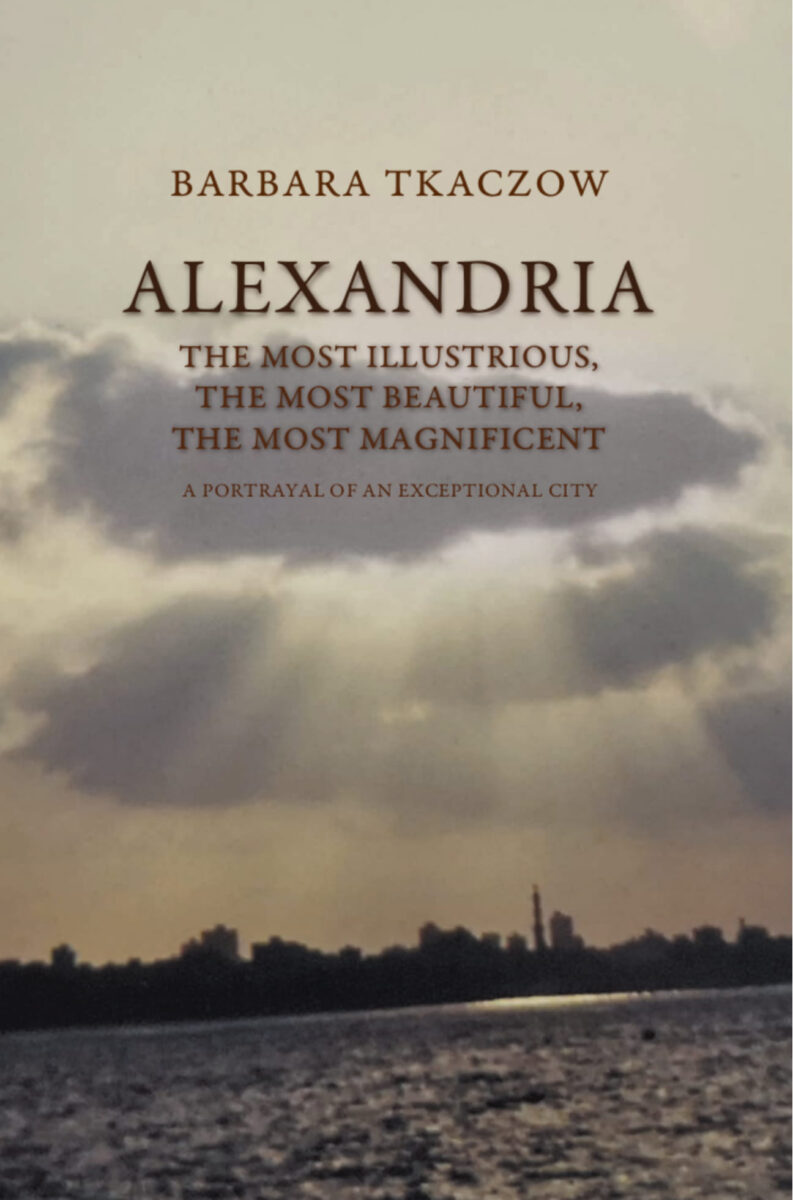 Alexandria. The Most Illustrious, the Most Beautiful, the Most Magnificent

Barbara Tkaczow, Alexandria. The Most Illustrious, the
Most Beautiful, the Most Magnificent. A Portrayal of an Exceptional City,  Institute of Mediterranean and Oriental Cultures, Polish Academy of Sciences, Warsaw 2019. ISBN: 978-83-66018-49-5

This book is an academic monograph about Alexandria in Egypt – its
history, archaeology, and monuments.

The first edition was released originally in Polish as ‘Aleksandria.
Najjaśniejsza, Najpiękniejsza, Najświetniejsza’. The hereby presented
English version has been noticeably expanded and updated (i.e. with
information about new research and discoveries), a newly added
bibliography, with greatly enriched endnotes. Additionally the
illustrations have also been updated.

The book is divided into 4 parts.

Part I (preceded with a short introduction ‘Alexandria-by-Egypt’) entitled
‘From Alexander to Amr’ describes a history of Alexandria from the time
it was settled, to the time it had been conquered by Arabs.

Part II ‘Sleeping Beauty Awakens’ describes the long (and sometimes
picturesque) history of research of the topography and architecture of
ancient Alexandria, with a strong emphasis on Polish contribution to this
research.

Part III ‘Alexandrian archaeology – a comedy of errors’ describes what sort
of traps were in store for archaeologists (both professional and amateur)
who tried to identify the main monuments of the ancient city, as well as
display the difficulties related with the aforementioned identifications
and research of the important sites and monuments known from ancient
written sources.

Part IV ‘What is still left – a short guide’ – preceded with a short
description of the modern state of the city, is a relation to what was
remained of the famous ancient Alexandrian monuments, and also description of Alexandrian museums and archaeological finds, such as the Alexandrian necropolises and city remains (again, with a strong emphasis on Polish discoveries) and finally the mysterious world of ‘underground city’, i.e. the Alexandrian cisterns.

The book consists of 3 fully colored plans and 57 illustrations (16 in
color and 41 black-and-white).