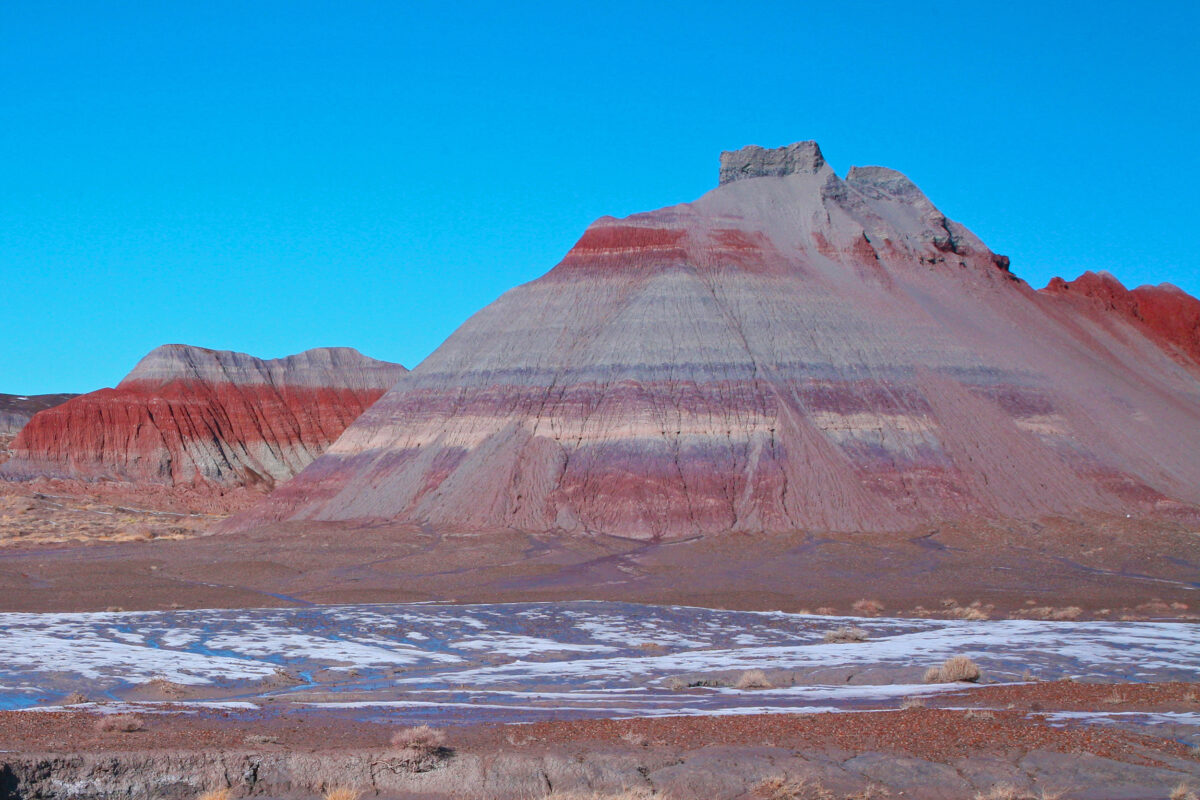 How rocks rusted on Earth and turned red

How did rocks rust on Earth and turn red? A Rutgers-led study has shed new light on the important phenomenon and will help address questions about the Late Triassic climate more than 200 million years ago, when greenhouse gas levels were high enough to be a model for what our planet may be like in the future.

“All of the red color we see in New Jersey rocks and in the American Southwest is due to the natural mineral hematite,” said lead author Christopher J. Lepre, an assistant teaching professor in the Department of Earth and Planetary Sciences in the School of Arts and Sciences at Rutgers University–New Brunswick. “As far as we know, there are only a few places where this red hematite phenomenon is very widespread: one being the geologic ‘red beds’ on Earth and another is the surface of Mars. Our study takes a significant step forward toward understanding how long it takes for redness to form, the chemical reactions involved and the role hematite plays.”

The research by Lepre and a Columbia University scientist is in the journal Proceedings of the National Academy of Sciences. It challenges conventional thinking that hematite has limited use for interpreting the ancient past because it is a product of natural chemical changes that occurred long after the beds were initially deposited.

Lepre demonstrated that hematite concentrations faithfully track 14.5 million years of Late Triassic monsoonal rainfall over the Colorado Plateau of Arizona when it was on the ancient supercontinent of Pangea. With this information, he assessed the interrelationships between environmental disturbances, climate and the evolution of vertebrates on land.

Lepre examined part of a 1,700-foot-long rock core from the Chinle Formation in the Petrified Forest National Park in Arizona (the Painted Desert) that is housed at Rutgers. Rutgers–New Brunswick Professor Emeritus Dennis V. Kent examined the same core for a Rutgers-led study that found that gravitational tugs from Jupiter and Venus slightly elongate Earth’s orbit every 405,000 years and influenced Earth’s climate for at least 215 million years, allowing scientists to better date events like the spread of dinosaurs.

Lepre measured the visible light spectrum to determine the concentration of hematite within red rocks. To the scientists’ knowledge, it is the first time this method has been used to study rocks this old, dating to the Late Triassic epoch more than 200 million years ago. Many scientists thought the redness was caused much more recently by the iron in rocks reacting with air, just like rust on a bicycle. So for decades, scientists have viewed hematite and its redness as largely unimportant.

“The hematite is indeed old and probably resulted from the interactions between the ancient soils and climate change,” Lepre said. “This climate information allows us to sort out some causes and effects – whether they were due to climate change or an asteroid impact at Manicouagan in Canada, for example – for land animals and plants when the theropod dinosaurs (early ancestors of modern birds and Tyrannosaurus rex) were rising to prominence.”

The scientists, in collaboration with Navajo Nation members, have submitted a multi-million dollar grant proposal to retrieve more cores at the Colorado Plateau that will include rocks known to record a very rapid atmospheric change in carbon dioxide similar to its recent doubling as a result of human activity.