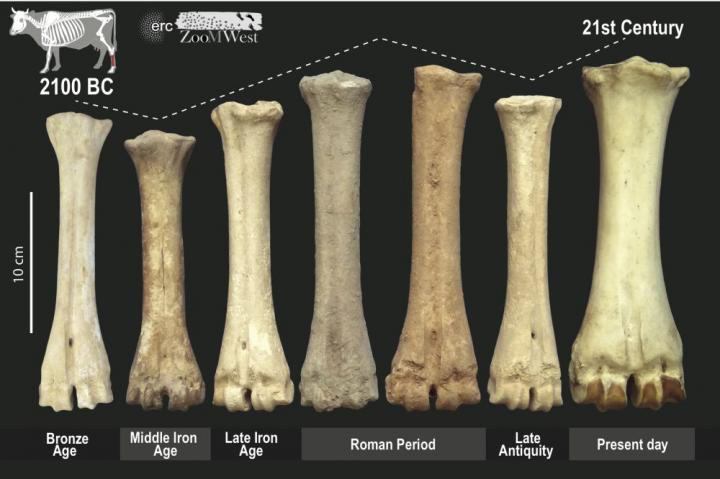 According to a new study, in ancient European settlements, livestock use was likely primarily determined by political structure and market demands.

The study was published on February 17, 2021 in the open-access journal PLOS ONE by Ariadna Nieto-Espinet and colleagues of the Consejo Superior de Investigaciones Científicas, Barcelona, and it shows that livestock use was likely primarily determined by political structure and market demands in ancient European settlements.

In Europe’s past human communities, livestock preferences have changed over time. But how much were these changes influenced by environmental, economic, or political conditions?

To conduct their study, Ariadna Nieto-Espinet and her colleagues gathered data from 101 archaeological sites across the northeastern Iberian Peninsula, spanning from the Late Bronze Age to Late Antiquity, a period during which European cultural and agricultural practices underwent significant changes. At each of these sites, researchers compared livestock remains with data on the local environment and the economic and political conditions of the settlement.

The comparison showed that political and economic conditions were very important factors which influenced the species distribution and body size of ancient livestock. During the Late Bronze Age and Late Antiquity, livestock choice was more dependent upon local environmental conditions. This was a time when political systems were more fragmented and food production was focused more on local markets. Later, during the Iron Age and the time of the Roman Empire, the demands of a pan-Mediterranean market economy favored more changes in livestock use independent of environmental factors.

The study shows that there is great potential in Zooarchaeology to provide information for understanding political and economic changes through time.

“Archaeology reveals the influence of political systems on livestock practices over time”, the authors of the study conclude.