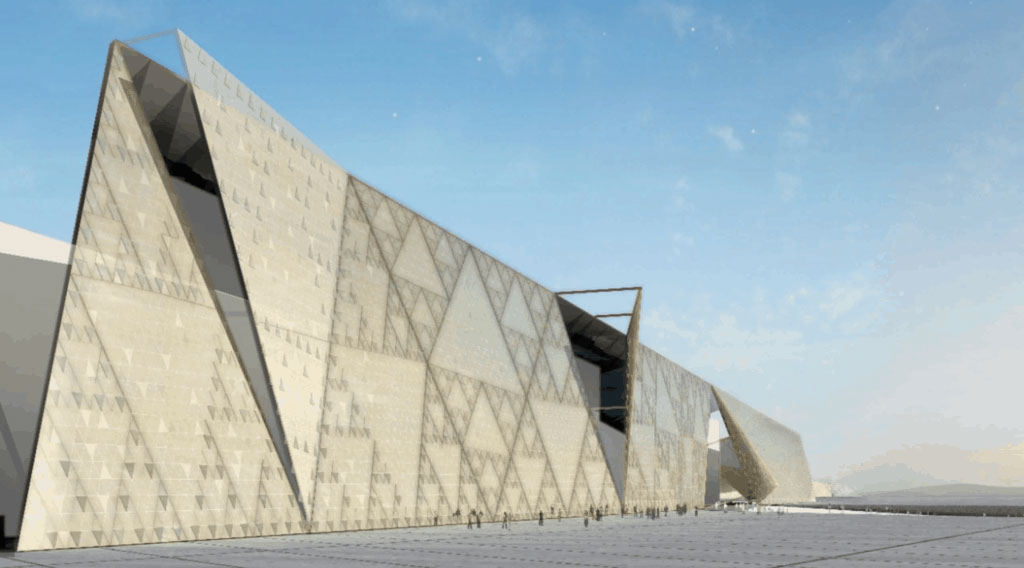 Next to the pyramids of Giza

The new Grand Egyptian Museum next to the Pyramids of Giza is almost ready to receive the millions of its visitors, with 98% of all its works and mechanical installations having been completed. This was announced by Deputy Minister of Tourism and Egyptian Antiquities Dr. Eltayeb Abbas speaking on the Egyptian satellite channel Extra News.

The Egyptian official said that in the coming days several artefacts will be placed in the showcases of the halls dedicated to Pharaoh Tutankhamun. Other rooms are already being prepared, he added, despite obstacles caused by the coronavirus pandemic.

The Egyptian Deputy Minister of Tourism and Antiquities pointed out in fact that a specific schedule has been set up for all works of the Museum to be completed by the end of 2021, suggesting that the Grand Egyptian Museum may be opened in 2022. The Museum has cost over 1 billion dollars and with an area exceeding 500,000 sq.m. will be the largest antiquities’ collection in the world belonging to the heritage of a single culture; the Egyptian. The collection of Tutankhamun alone consists of 5,000 ancient exhibits, 2,000 of which will be presented to the public for the first time.