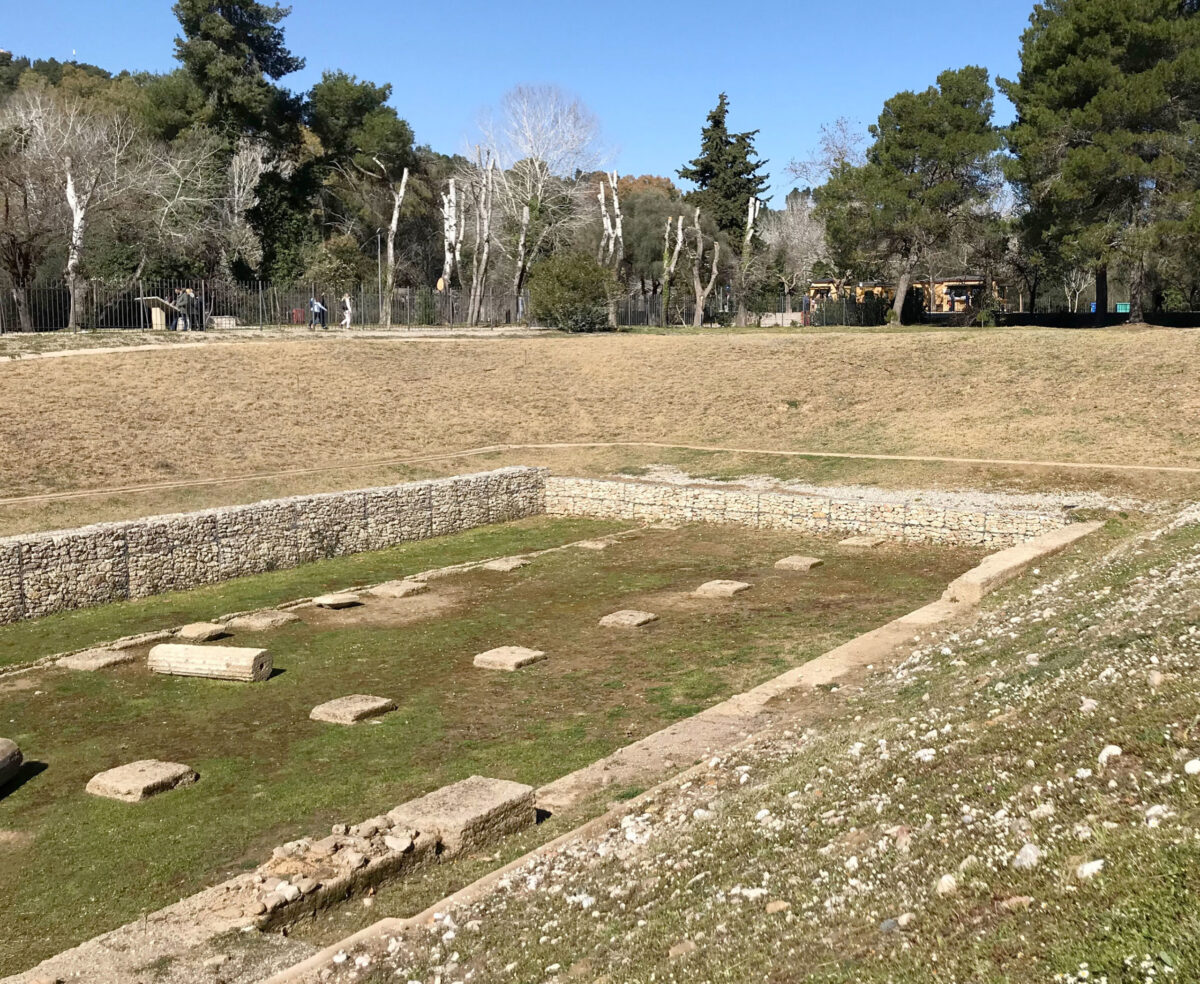 Restoration of the Gymnasium of Ancient Olympia

The second phase of enhancing and restoring the Gymnasium of Ancient Olympia was included in the operational programme of the Region of Western Greece. The project has a budget of €603.573.12 and is jointly financed by the European Regional Development Fund.

The Region announced that “this is one more project that aims to restore the ancient Gymnasium and which also includes two sub-projects”. Specifically, the first sub project concerns the unearthing and enhancement of an additional part of the east portico, as well as a section of the ancient Gymnasium’s inner courtyard. The second sub project regards reconstructing the east portico’s columns and aims to restore and arrange those scattered architectural members discovered during the excavations between 2013 and 2015.

The Region also said that “after completion of the works, 30 additional meters of the ancient Gymnasium will be handed over to the public improving the latter’s interpretation and understanding not only of the ancient Gymnasium, but also of the entire archaeological site of Olympia. This will create conditions for attracting more visitors, developing sustainable and quality tourism and also contribute to the economic empowerment of the greater region”.

Regarding the history of the ancient Gymnasium’s excavation in the archaeological site of Olympia, the Region mentions the following:

“The first phase started with the German Archaeological Institute in the years between 1878 and 1880. During this period the propylon of the Gymnasium was unearthed as were the south portico and part of the east portico. In 1936, additional parts of the east and north portico were discovered. In 1999, during trial trench work on the west bank of the river Kladeos, the German Archaeological Institute brought to light foundations and sections of columns which run parallel to the east portico and should be identified as the Gymnasium’s western boundary. In 2013, the Ministry of Culture approved the continuation of the unearthing and enhancement of the ancient Gymnasium, bringing to light 50 meters of the portico, in addition to the part of the Gymnasium already uncovered”.