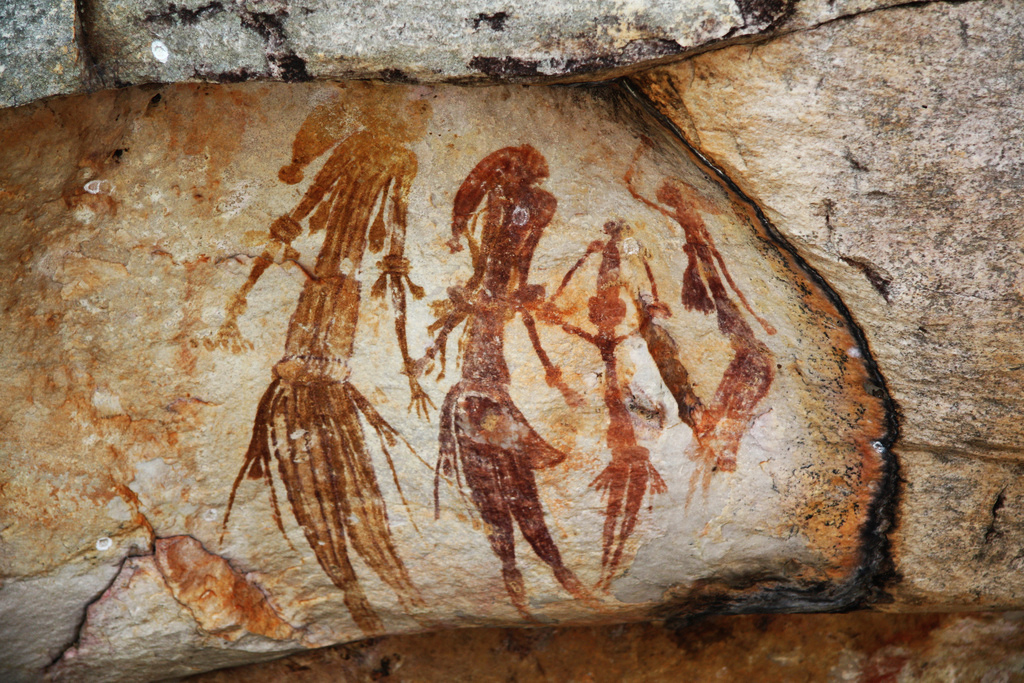 Dated with a new radiocarbon technique

A two-metre-long painting of a kangaroo in a northeast Kimberley rock shelter on Balanggarra Country has been identified as Australia’s oldest intact rock painting.

A University of Melbourne collaboration used the radiocarbon dating of 27 mud wasp nests, collected from over and under 16 similar paintings. The painting itself has been dated to between 17,500 and 17,100 years old.

“This is a significant find as through these initial estimates, we can understand something of the world these ancient artists lived in. We can never know what was in the mind of the artist when he/she painted this piece of work more than 600 generations ago, but we do know that the Naturalistic period extended back into the Last Ice Age, so the environment was cooler and dryer than today,” Dr Finch said.

One of the world’s premier rock art regions, the Kimberley preserves galleries of paintings in rock shelters, for millennia. Many of them many of them were painted over by younger artists.

The Kimberley-based research is part of Australia’s largest rock art dating project, led by Professor Andy Gleadow from the University of Melbourne. It involves the Balanggarra Aboriginal Corporation, the Universities of Western Australia, Wollongong, and Manchester, the Australian National Science and Technology Organisation, and partners Rock Art Australia and Dunkeld Pastoral.

In this paper, Dr Finch and his colleagues detail how they managed to date the kangaroo rock painting as Australia’s oldest known in-situ painting.

The painting of the kangaroo was found on the ceiling of a low, well-protected, rock shelter on the Unghango clan estate in Balanggarra country, above the Drysdale River in the north-eastern Kimberley region of Western Australia.

The researchers’ next aim is to develop a time scale for Aboriginal rock art in the Kimberley by dating further wasp nests.