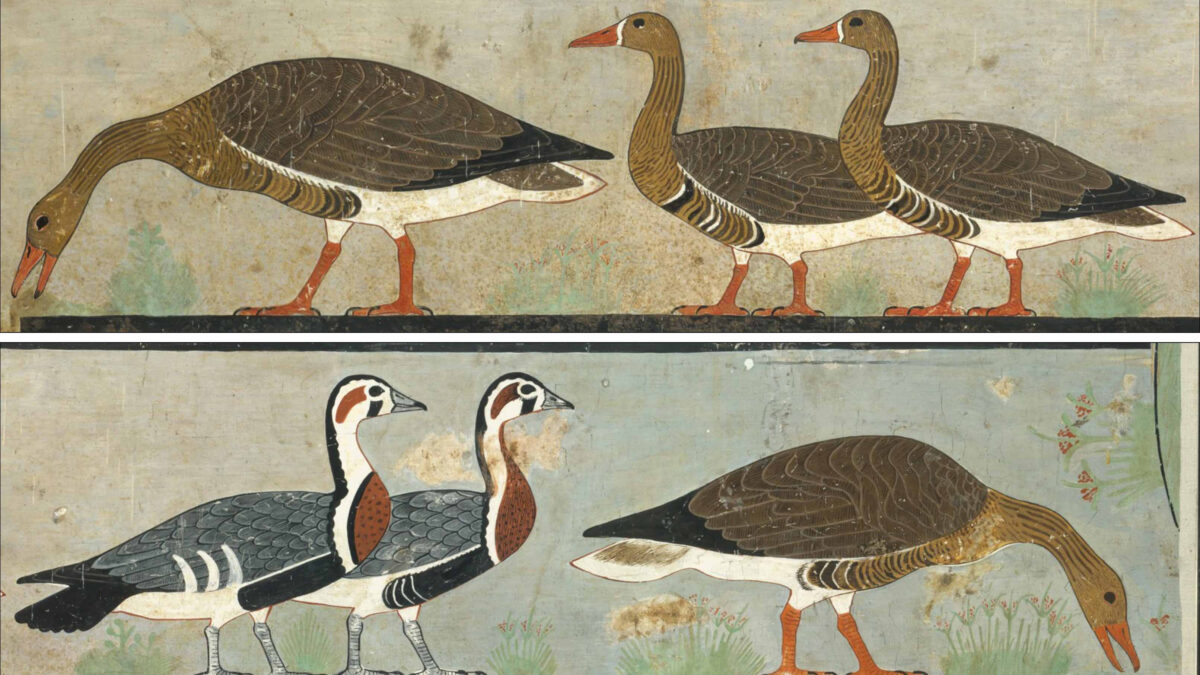 The Meidum geese painting is the only documentation of a distinctively patterned goose, which appears now to be globally extinct.

As a University of Queensland researcher examined a 4600-year-old Egyptian painting last year, a speckled goose caught his eye.

UQ scientist Dr. Anthony Romilio said the strange but beautiful bird was quite unlike modern red-breasted geese (Branta ruficollis), with distinct, bold colors and patterns on its body, face, breast, wings, and legs.

“The painting, Meidum Geese, has been admired since its discovery in the 1800s and described as ‘Egypt’s Mona Lisa’,” he said.

“Artistic license could account for the differences with modern geese, but artworks from this site have extremely realistic depictions of other birds and mammals.”

Dr. Romilio said no bones from modern red-breasted geese (Branta ruficollis) had been found on any Egyptian archaeological site.

“Curiously, bones of a similar but not identical bird have been found on Crete,” he said.

“From a zoological perspective, the Egyptian artwork is the only documentation of this distinctively patterned goose, which appears now to be globally extinct.”

Dr Romilio said extinct animals had been identified previously in ancient art, but not all the species had been scientifically confirmed.

“I applied the Tobias criteria to the goose, along with other types of geese in the fresco,” he said.

“This is a highly effective method in identifying species – using quantitative measurements of key bird features – and greatly strengthens the value of the information to zoological and ecological science.”

Dr Romilio said Egypt was not always predominantly desert and had “a biodiverse history, rich with extinct species”.

“Its ancient culture emerged when the Sahara was green and covered with grasslands, lakes and woodlands, teeming with diverse animals, many of which were depicted in tombs and temples,” he said.

“So far, science has confirmed the identity of relatively few of these species.”

Dr. Romilio said the artwork he examined was from the tomb of Nefermaat and Itet at Meidum and was now in Cairo’s Museum of Egyptian Antiquities.

“These include the predecessor of modern cattle, the auroch (Bos primigenius), and previously unknown forms of gazelle, oryx, antelope and donkey.

“These ancient animal representations help us recognise the biodiversity thousands of years ago that co-existed with humans.

“I see it also as a reminder of humans’ influence over the survival of species that are with us today.”