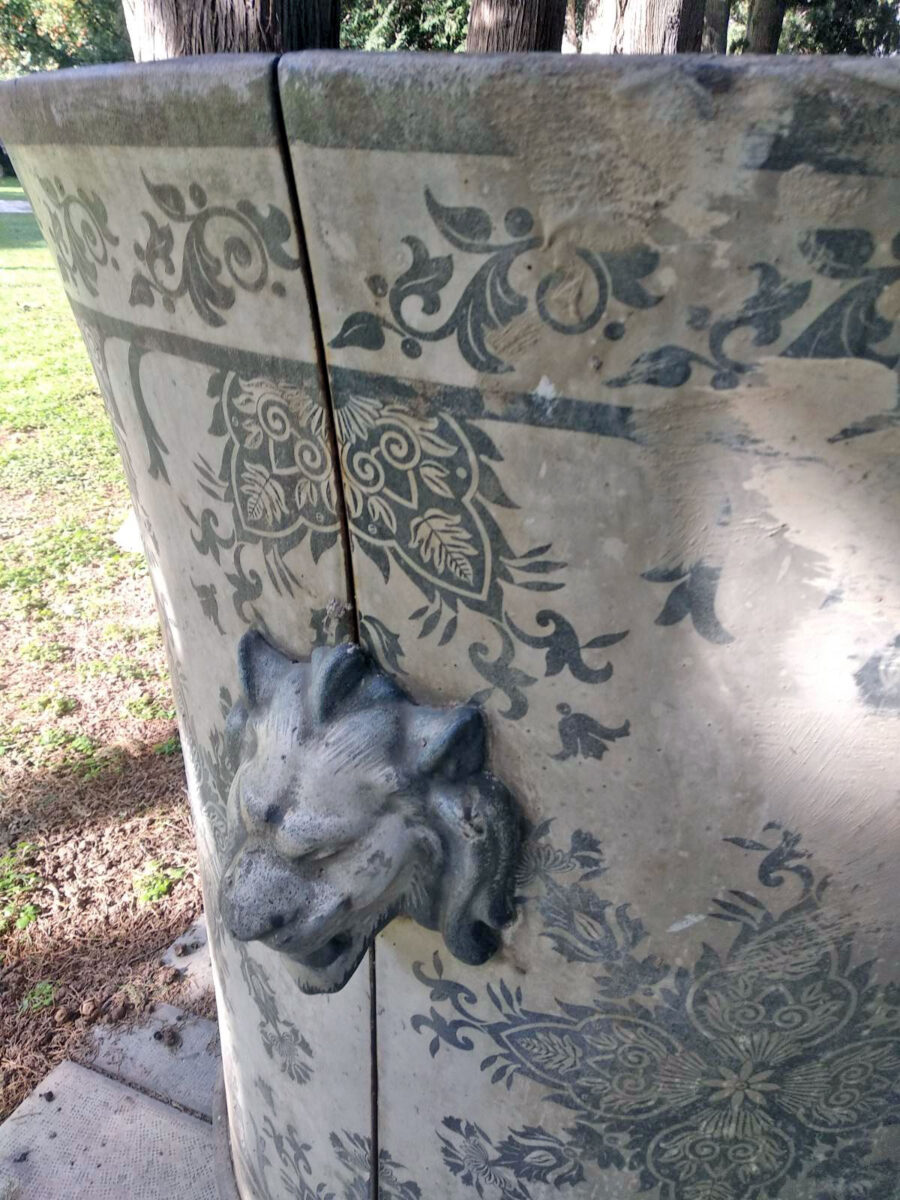 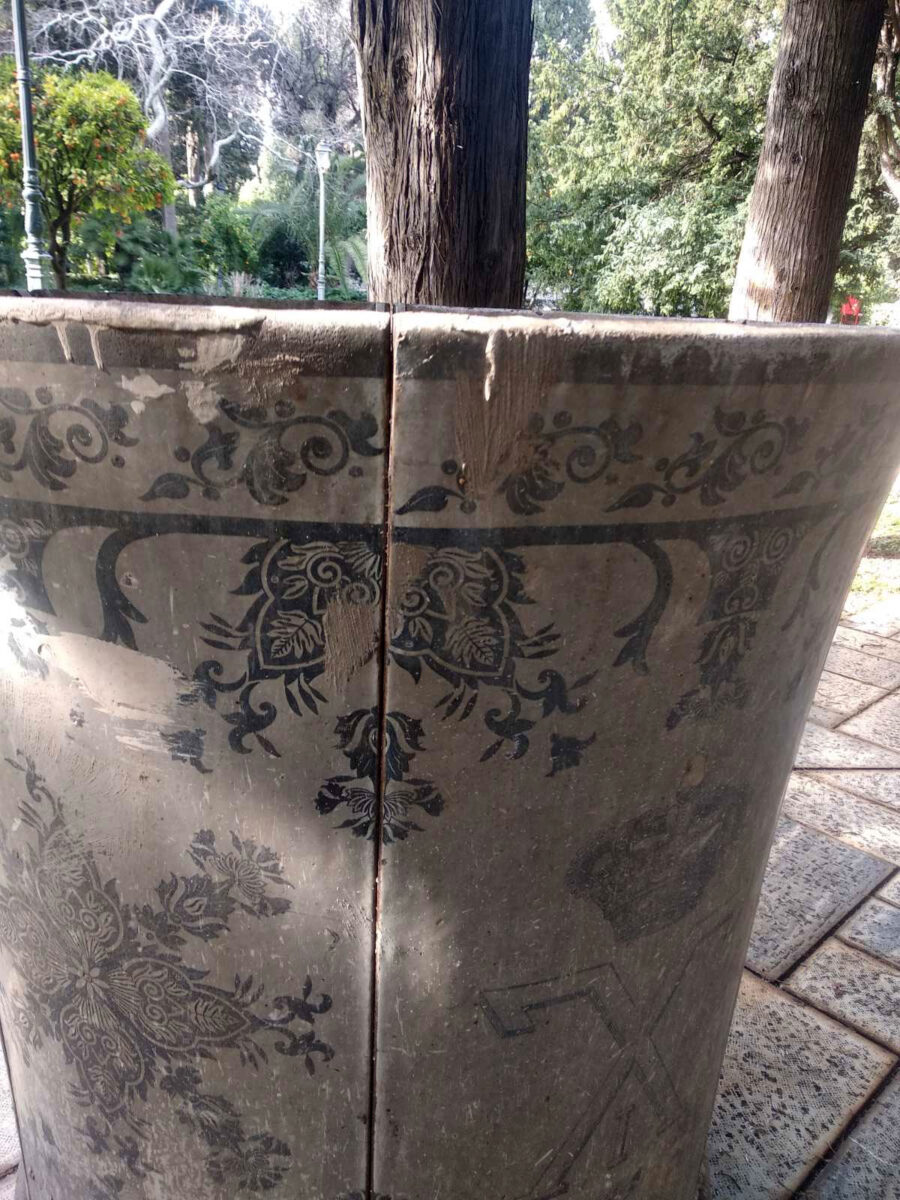 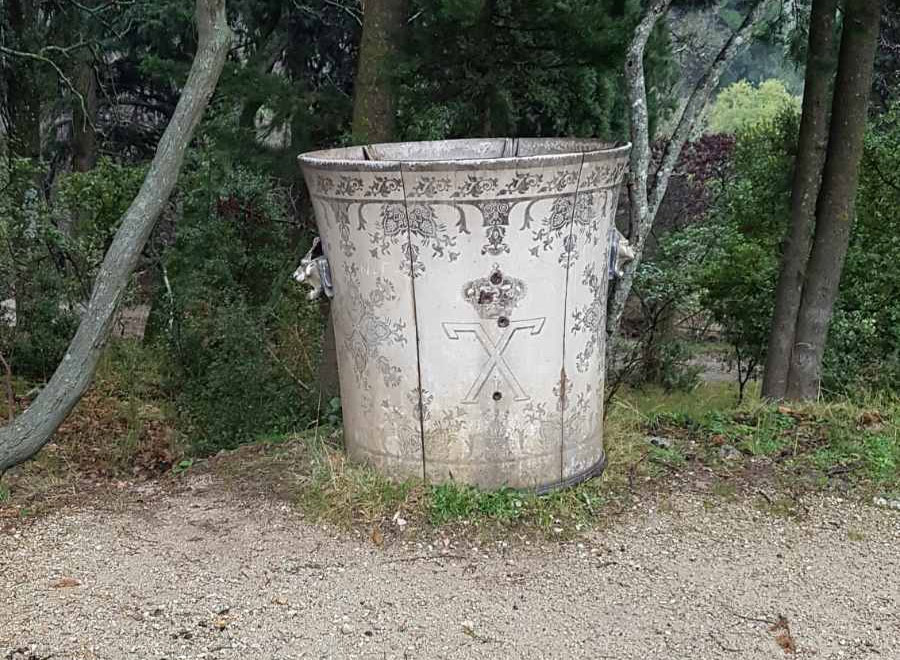 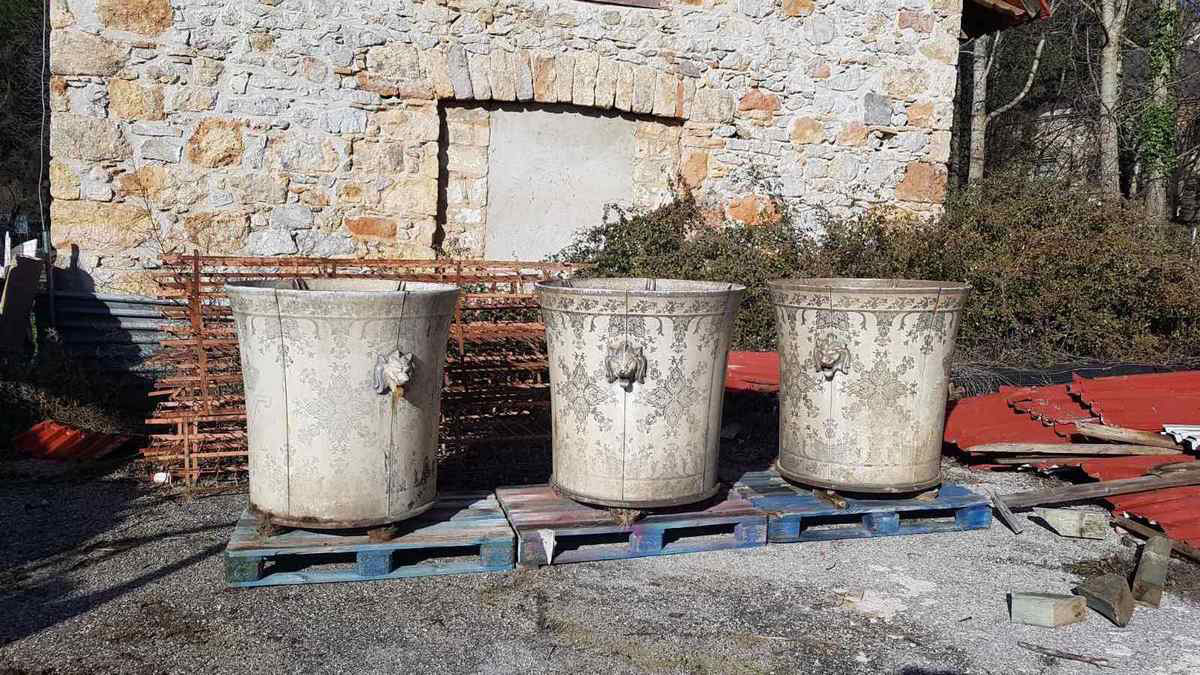 One of the four adorning the Palace gardens

President of the Republic Katerina Sakellaropoulou informed Minister of Culture and Sports Lina Mendoni that one of the four “lost” historic cachepots which adorned the gardens of the former Palace at Tatoi, was found at the Presidential Mansion. It will be taken for conservation to the workshops of the Directorate for the Preservation of Ancient and Modern Monuments of the Ministry of Culture and Sports. It will then be returned to the Presidential Mansion and when work in the gardens of the former summer palace is completed, it will be returned to Tatoi to be put back in its former place.

The three cachepots, situated for years in the surrounding area of the Directorate at Tatoi, have already been taken to a safe place to be conserved by the Directorate of Preservation of Ancient and Modern Monuments.

All the cachepots, made in Paris by special order, bear the emblem of King George I. They consist of 6 iron sections held in place by hoops on the inside, bearing a lion head on each end and an enamel floral decoration. The cachepots adorned part of the palace garden, placed on either side of the staircase now leading to the swimming pool. Later they were replaced by the existing marble ones. One of the three found at Tatoi bears gunshot marks on the emblem.

Two more similar cachepots adorned the Old Palaces of Athens, today’s Parliament. They can now be seen in perfect condition, on the Parliament’s inner front staircase on the second floor, leading to the Eleftherios Venizelos Hall.

According to historian Kostas Stamatopoulos, four more cachepots are being kept in the storerooms of the National Historical Museum, formerly the Old Parliament building.

After being conserved, the other three cachepots will be stored in a safe place. They are to be put back in their original position following the palace’s restoration and the redesigning of its gardens.