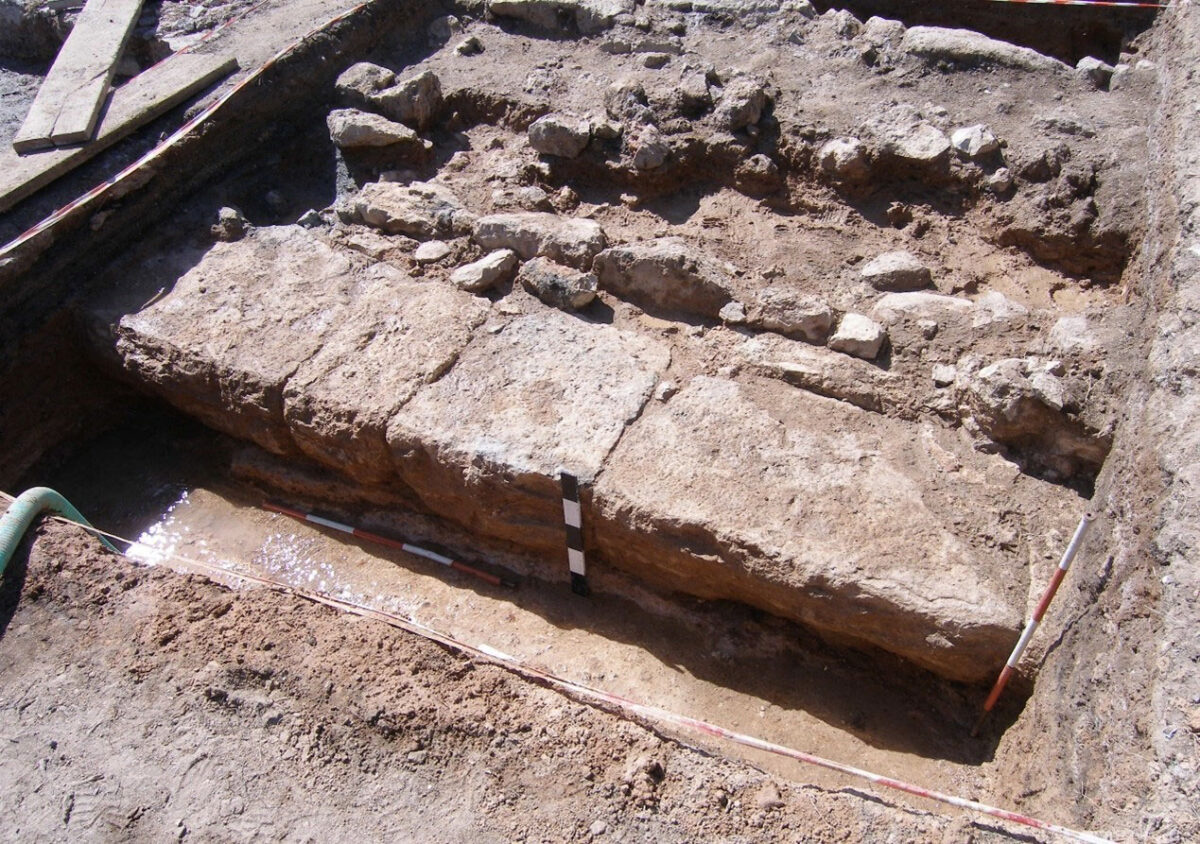 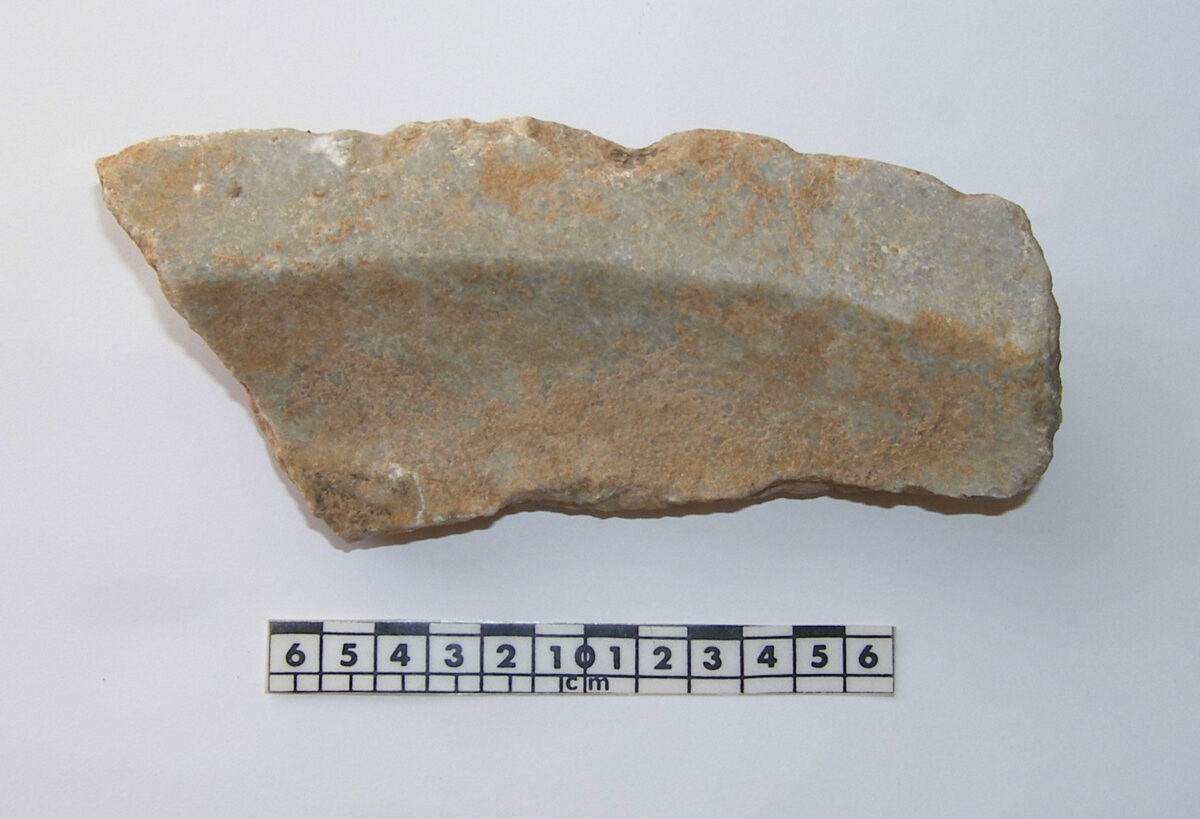 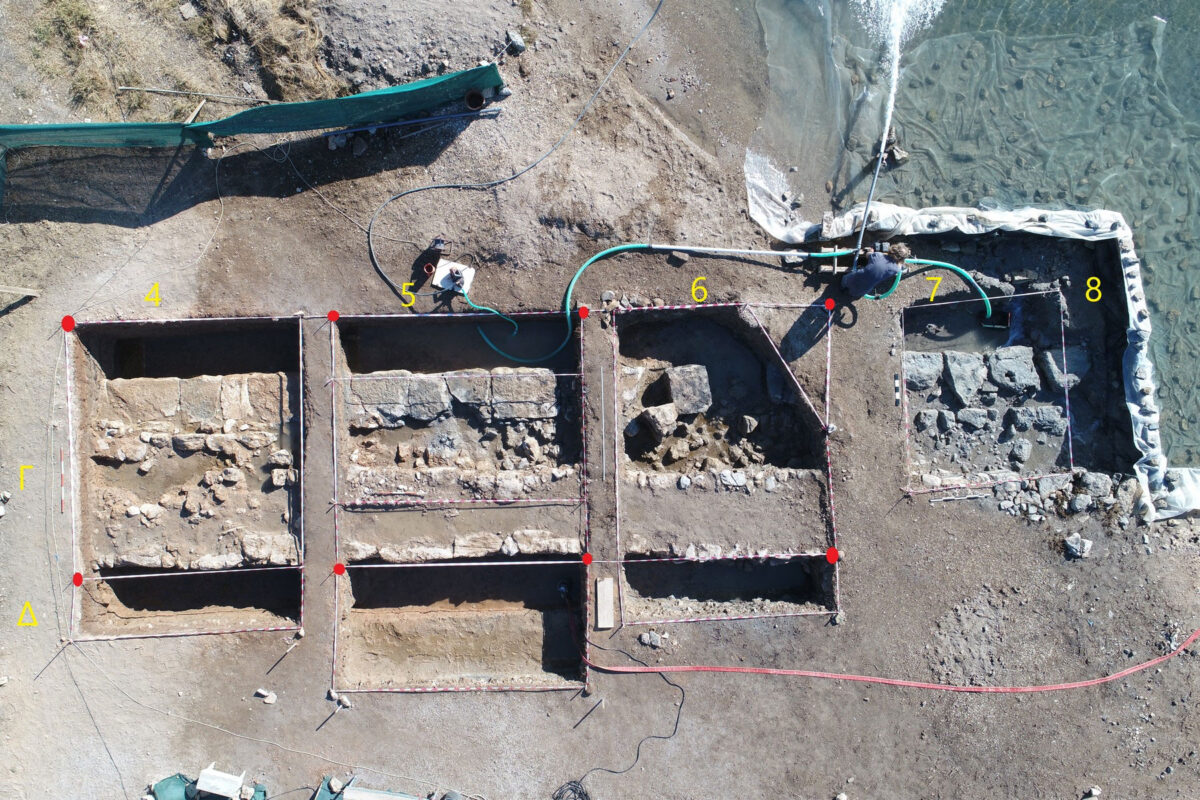 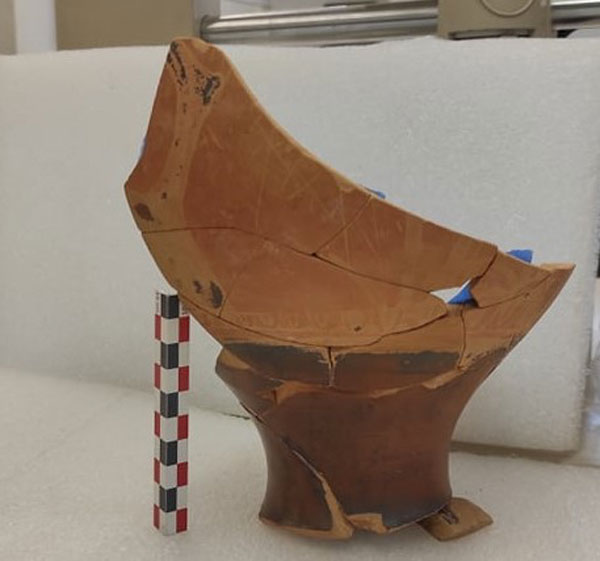 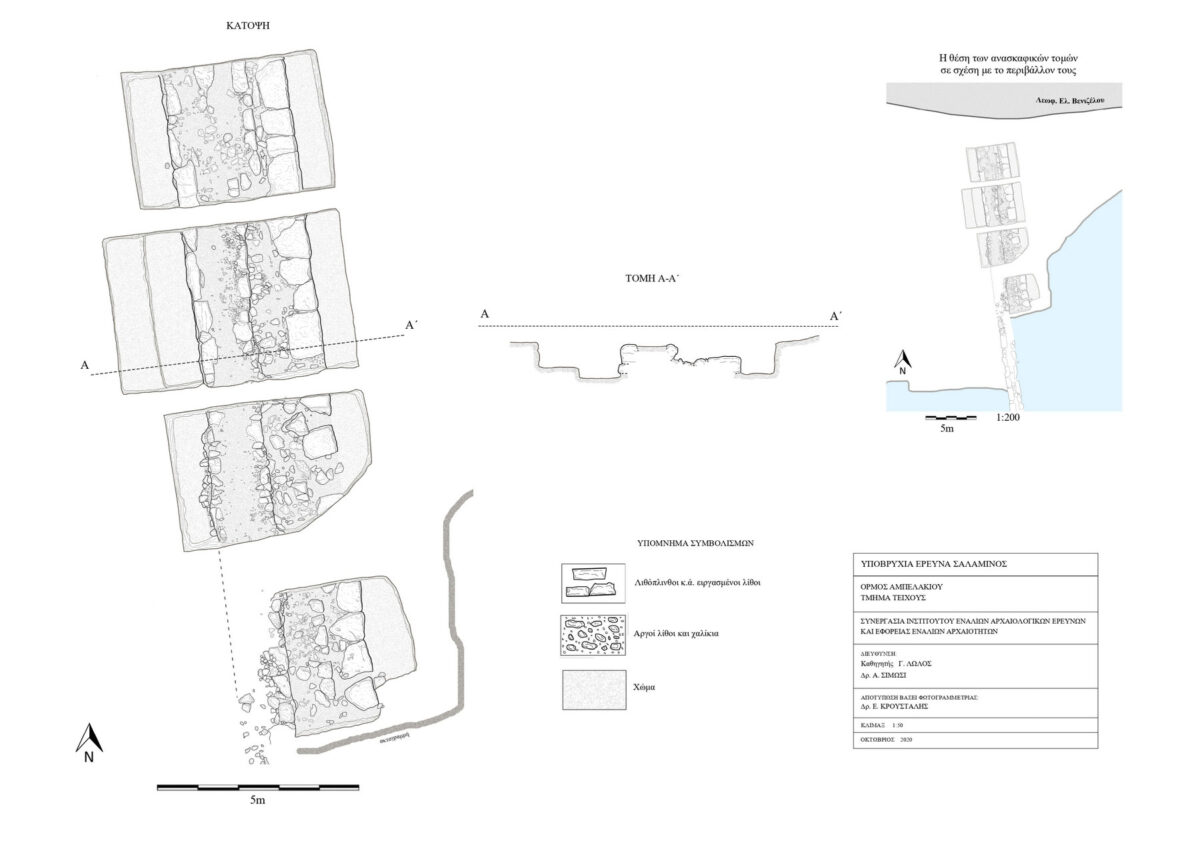 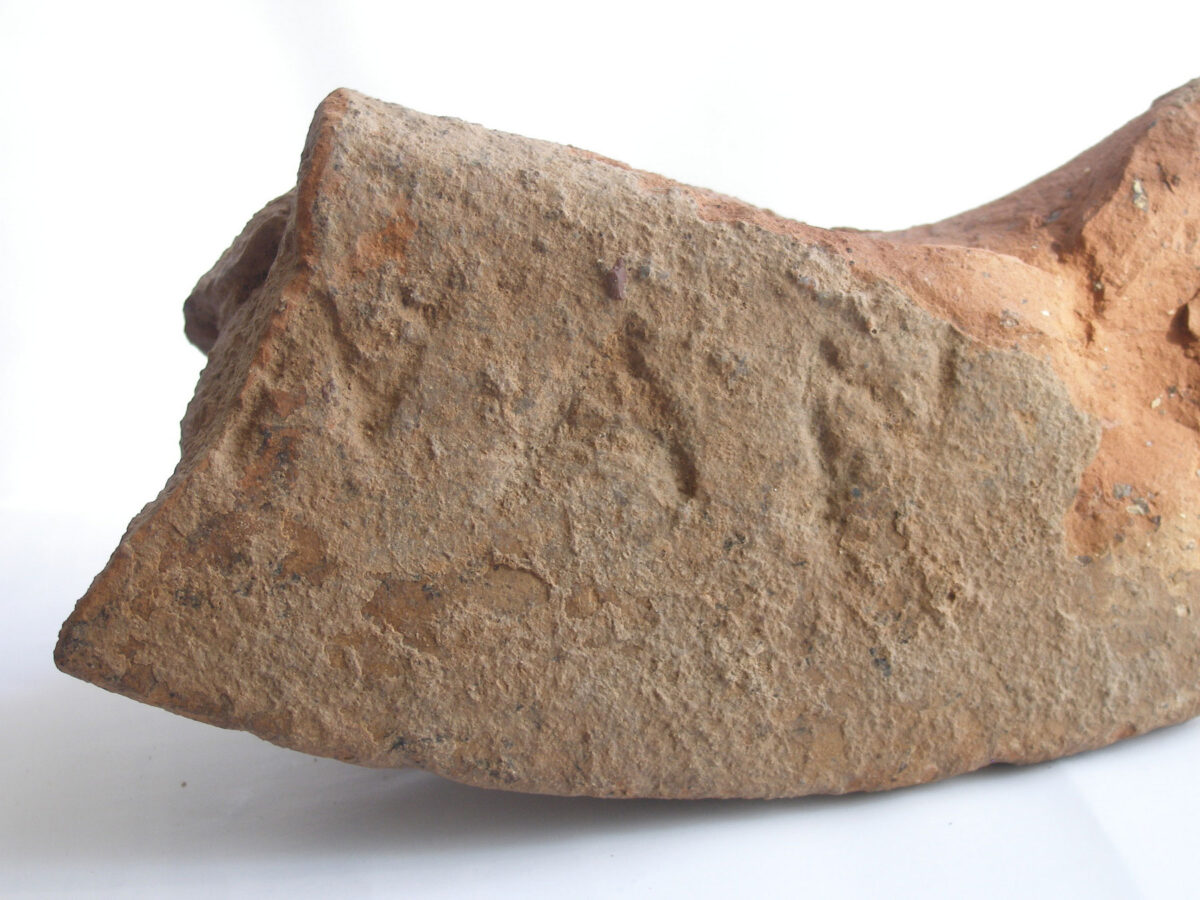 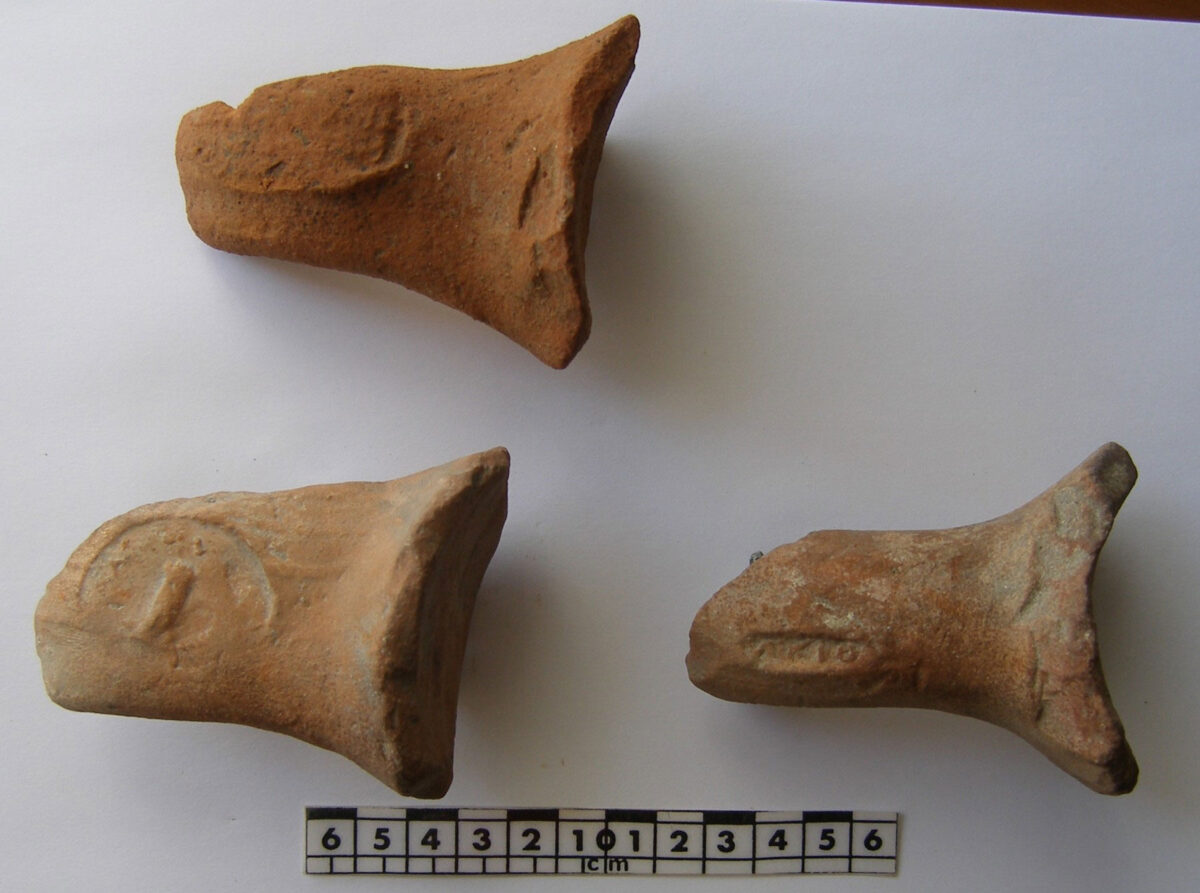 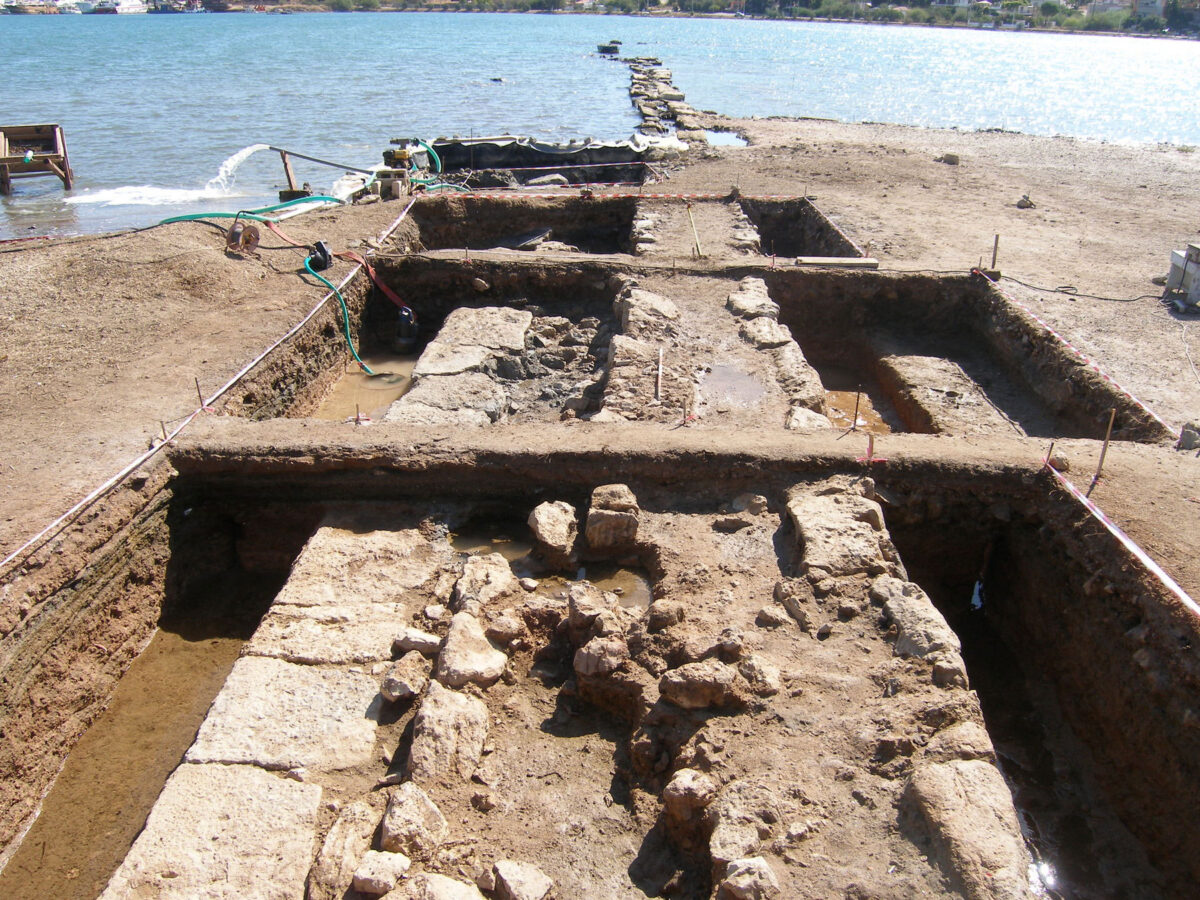 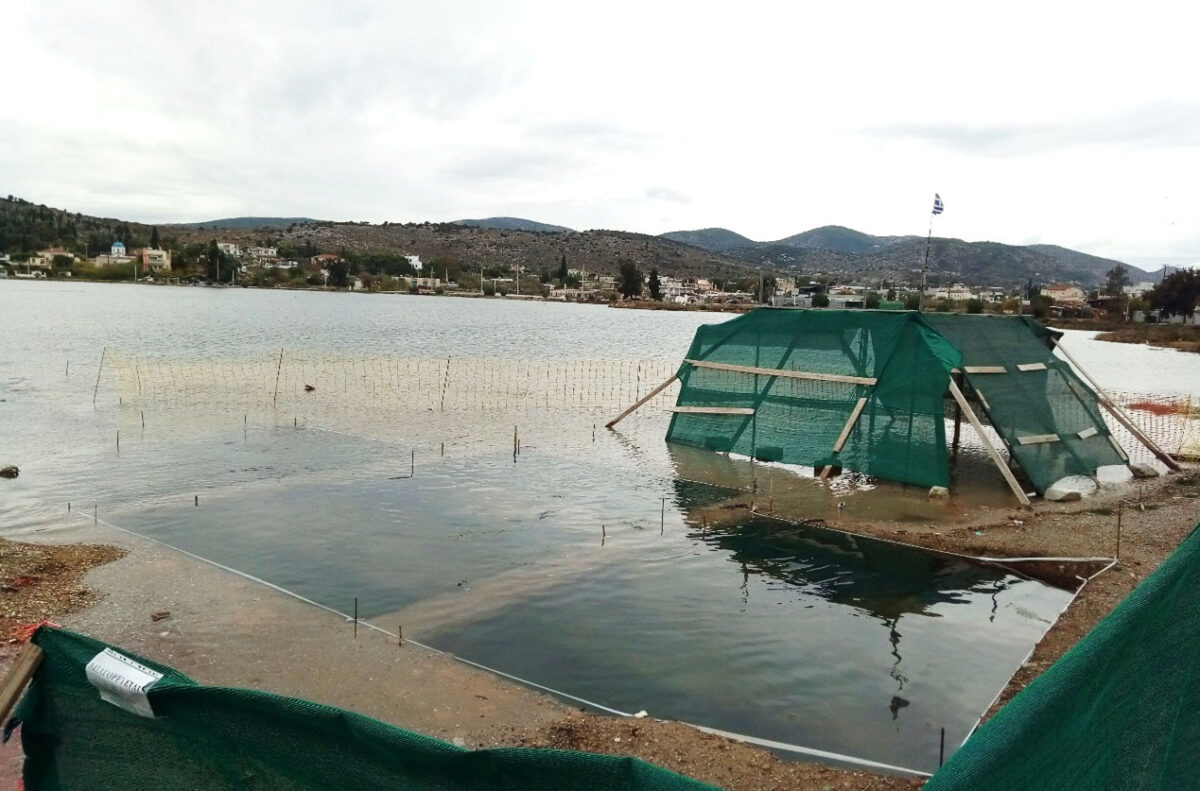 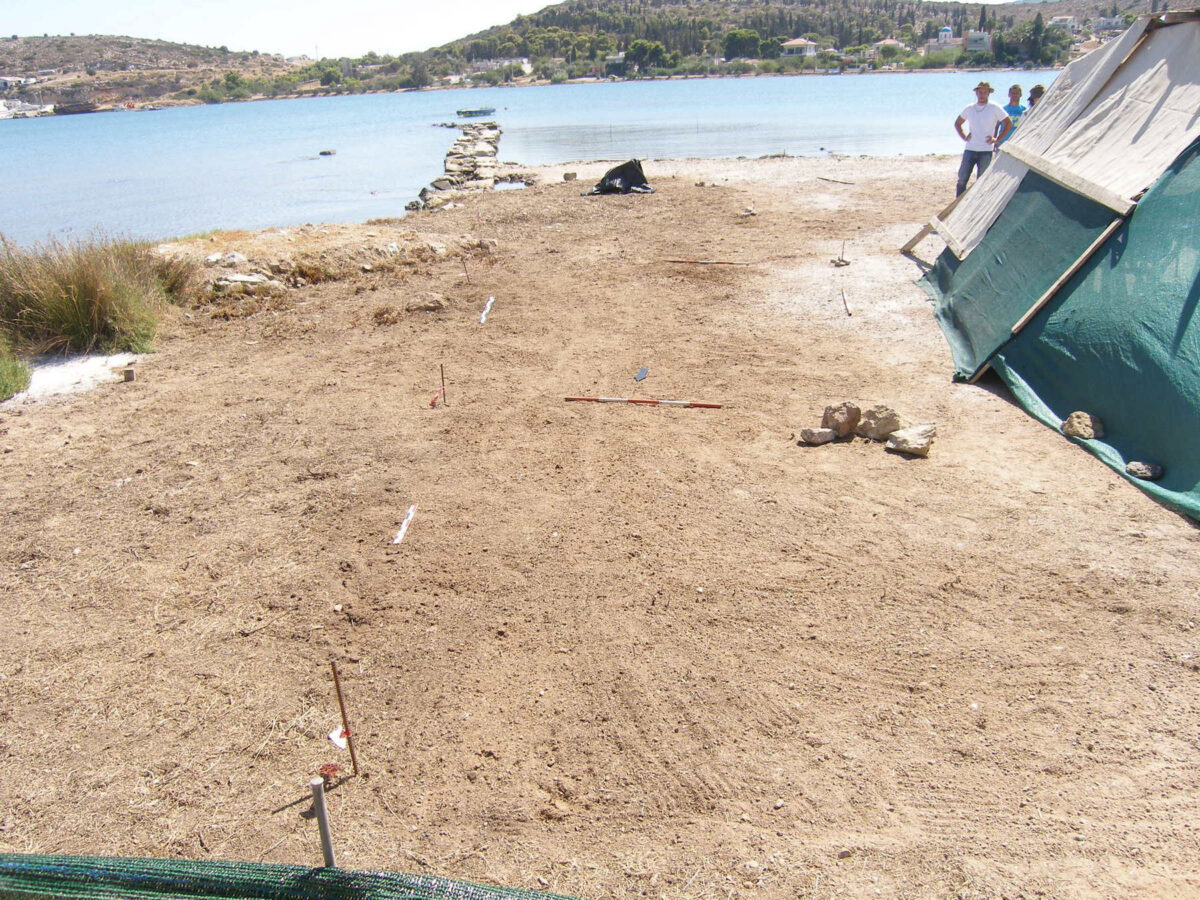 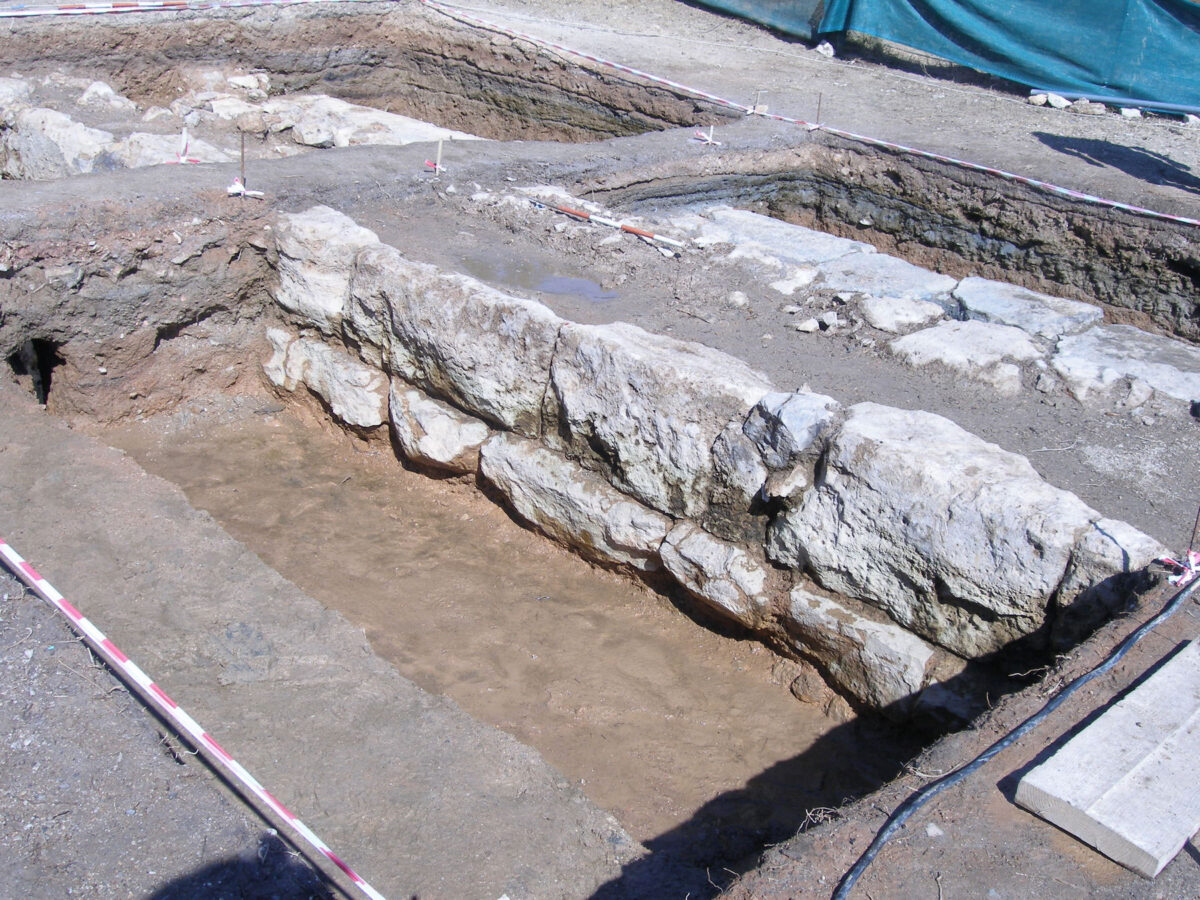 Results of the underwater excavations off Salamina in 2020

The sea wall of the classical city was calibrated

The interdisciplinary underwater research on the east coast of Salamis continued in September and October 2020, for the fifth year in a row, as part of a new three-year programme (2020-2022). It was a collaboration between the Institute of Marine Archaeological Research (IENAE) and the Ephorate Of Underwater Antiquities of the Ministry of Culture, under Head of the Euboea Ephorate of Antiquities Dr. Angeliki G. Simosi and Professor of Prehistoric Archaeology of the University of Ioannina and President of IENAE Giannos G. Lolos.

The research was limited to the northern side of the cove of Ambelaki Bay, where sunken architectural remains of the ancient city of Salamis have been investigated since 2016, with clear evidence of its extending along today’s coastline. The results of the 2020 research are thought to be particularly important since, despite the port, the course of the sea wall of the classical city was conclusively calibrated when a large stretch of it was uncovered.

With the excavation’s progress and roughly on an imaginary straight line to the north of the later pier, a significant stretch of the sea wall was completely uncovered on a N-S axis, as part of the whole (inner) fortification system of the ancient city whose perimeter can now be almost completely restored, based on older and newer data from land and underwater surveys in the area of Ambelaki-Pounta.

Through careful excavation it was possible to identify two construction phases of the wall, definitely within the limits of the Classical period.

Based on the black painted Attic ceramics discovered in the foundation of the western (inner) front, the first phase of the wall can initially be dated to the early 4th c. BC, if not a little earlier.

A large amount of pottery resulted from the 2020 excavation, in fragmentary condition and from different eras, generally covering periods from the Classical to the Medieval and Modern times.

In addition to a large number of fragments of undecorated and black painted vessels, the Classical and Hellenistic ceramics originating mainly from the 4th and 5th Layers include: the lower half of a red figure Attic krater vessel (from the foundation level of the D front of the wall on the most northern block), 3 stamped handles of commercial amphorae and a fragment of a jar’s thick rim, with part of an engraved (or printed) inscription: NAN. Of the other movable finds, the following deserve to be mentioned: a fragment of the rim and sides of a shallow marble basin (perirrhanterion), part of a marble architectural component (either a pedestal or altar), an ancient bronze coin (unidentified) and clay objects (the fragment of relief sculpture, a loom weight and stoppers).