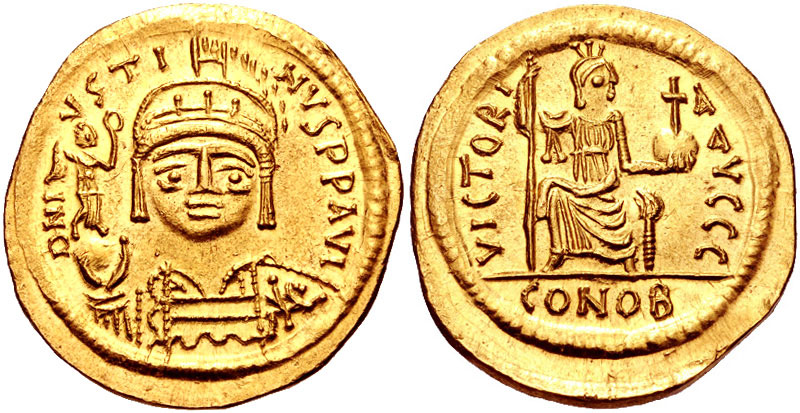 Imperial power in the sixth-century Roman empire could be fragile. ‘Every emperor had to perform a delicate balancing act to remain in power’ by responding to and accommodating the shifting demands of public opinion and various interest groups: senators, bureaucrats, bishops, soldiers and generals, urban factions, and more (Greatrex 2020; Meier 2016; Kaldellis 2015; Bell 2013; Pfeilschifter 2013). Each of these groups have individually assumed increasingly important roles in political narratives of the period, but comparatively little attention has been paid to how those in power – emperors, patriarchs, governors, magistrates, and others – were subjected to pressures and attempted to build power bases across these interest groups.

In particular, modern scholarship has established a boundary between “secular” and “ecclesiastical” politics, creating the impression that these were unrelated fields of thought and action. Yet sixth-century political actors did not experience these separate worlds and did not refrain from crossing this boundary as they tried to secure or challenge power. The emperor Justinian I used both bureaucratic and ecclesiastical networks to distribute and advertise his laws, often simultaneously but with different inflections (e.g. J. Nov. 8). Extant writers are not compartmentalisable either. Procopius is frequently treated as a traditionalist dissident who paid little attention to religious, dogmatic, or ecclesiastical disputes, but he expressed his intention to write an ecclesiastical history to accompany his military history (Wars, 8.25.13). On the other hand, John of Ephesus was a church historian who is often neglected in analyses of the political history of the 570s and 580s, but he had much to say about such “secular” topics as Justin II’s madness, Tiberius’ accession, and Maurice’s wars.

If sixth-century Romans did not experience separate secular and ecclesiastical worlds, sixth-century power must have been constructed, maintained, and contested in ways that crossed these boundaries. The 532 Nika Riot was, depending on the source, an insurrection against a repressive state or a senatorial conspiracy; most scholarly treatments overlook that, in the same year, Justinian attempted in vain to achieve religious union between pro- and anti-Chalcedonians and that Romanos Melodos’ hymn On Earthquakes and Fires was the most immediate vehicle for dealing with the memory of Nika. Already, twenty years earlier, the same factions had rioted in the same place over a change to the Trisagion hymn, threatening to depose Anastasius I. This unrest resulted in the general Vitalian openly challenging the emperor and marching on Constantinople. In 580, persecutions of supposed pagans swept through the empire, claiming many prominent senators as victims, but this was not merely a purge of political opposition; at the same time, Tiberius was criticised for his reconciliatory religious policy and his invitation of the Miaphysite Arab client king al-Mundhir to Constantinople in an attempt to overcome the deepening split in the church. Disputes, unrest, pressures, and power struggles in one area created difficulties and opportunities in other areas. Sixth-century Romans exploited these opportunities much more routinely than modern scholarship recovers them.

The purpose of this workshop is to close the artificial divides, especially between “secular” and “ecclesiastical” politics, imposed on the sixth century by the specialisations of modern scholarship. Instead, the workshop will explore how power was contested and secured “without limits”, because only such an all-encompassing approach can adequately take account of the interconnectedness of the sixth-century world, the flexible array of political pressures to which those in power were subjected, and the sometimes unexpected consequences of responding to these pressures. The goal of this approach is to produce a more holistic, comprehensive understanding of sixth-century power struggles in order to better reflect their multivalent nature. Potential topics, in addition to the examples mentioned above, include:

-“Religious” or “ecclesiastical” means of securing power and legitimacy that was threatened in other ways, such as:

-Patriarchal power struggles from the perspective of church and court, such as the rivalries between:

-Cross-genre approaches to the political literature of the sixth century, such as:

-Imperial tactics for the creation of political constituencies across multiple interest groups.

-The role of bishops in the distribution, application, and enforcement of imperial law.

-The role of bishops in lobbying the emperor or in manoeuvring or influencing other interest groups, like the circus factions.

We invite PhD candidates and early career researchers to submit abstracts of not more than 250 words, together with a short biography, by email to both organisers, Matt Hassall ([email protected]) and Silvio Roggo ([email protected]).

The deadline for submitting abstracts is 31 August 2021; we will announce our decision by mid-September. The workshop will take place online on 7 December 2021 and consist of 30-minute papers followed by 10-15 minutes of discussion.