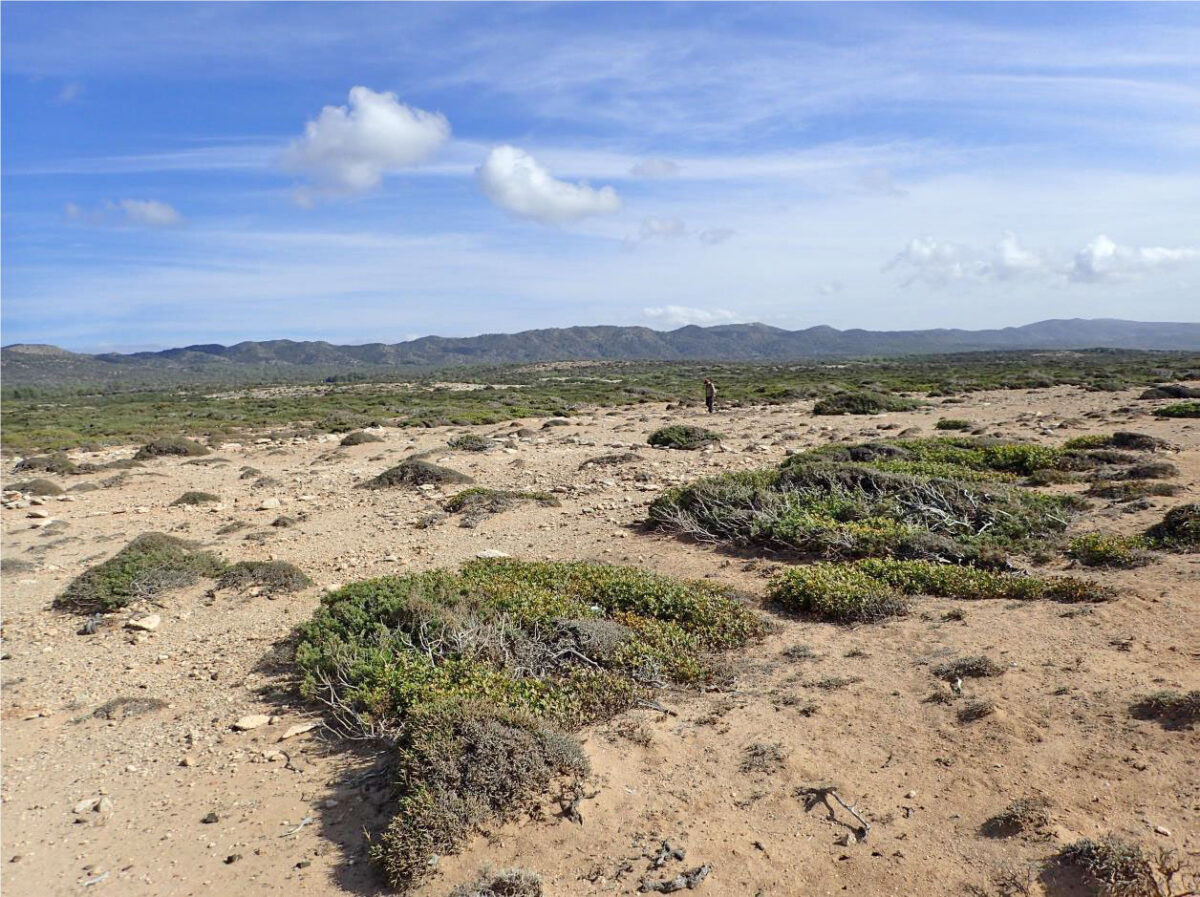 Surveys to locate Pleistocene deposits in the Akamas area

The Department of Antiquities, Ministry of Transport, Communications and Works, announces the completion of archaeological reconnaissance surveys conducted in 2020 to locate Pleistocene deposits with Palaeolithic cultural material in the Akamas area. The research was conducted under the direction of Dr. Theodora Moutsiou, postdoctoral researcher at the Archeology Research Unit of the University of Cyprus, and Dr. Christian Reepmeyer, Senior Lecturer of Archeology at James Cook University, Australia.

The program uses innovative geospatial analytical methods to detect potential early routes and prime exploitation locales in the context of the earliest human visitations to the island. To date, unequivocal material culture of a Palaeolithic age is absent from Cyprus, so particular emphasis is placed on determining the most likely hotspots of Pleistocene activity assuming early Homo sapiens or their predecessors made it to the island.

In the first phase of the project, a geospatial predictive modeling was developed taking into account topographic features from well-known Paleolithic sites in the wider Eastern Mediterranean. Through this model, it was possible to outline an area of particular attraction to pre-Neolithic hunter-gatherers, and therefore of high interest in locating Pleistocene archaeological remains. After a series of targeted reconnaissance surveys in 2019, the area of Akamas was selected as a suitable area for the preservation and location of Paleolithic sites.

Between September and October 2020, the research team conducted surface surveys both on the coastal zone and in the interior of the Akamas Peninsula, focusing on specific topographic features of the environment, such as rock roofs, rivers and Pleistocene deposits. Surface lithic scatters, as well as individual artefacts (isolated finds) were located and recorded in various localities in the broader Akamas region. Based on a preliminary study of their morphological-typological characteristics, these chert stone tools range chronologically from the pre-Neolithic to the Neolithic. The artefacts, mainly flakes and blades, are made from a variety of chert raw material. The absence of strict stratigraphic contexts makes their archaeological interpretation difficult. In areas of high interest, sediment depth was investigated through probing and augering in order to record points for possible future test excavations. At the end of the research, all the new data has been georeferenced and density/distribution maps have been prepared and delivered to the Department of Antiquities. Detailed and systematic research through pilot excavation of the most promising places (lithic scatter findspots) is planned for 2021.

The colonization of islands by humans during the Pleistocene, as well as the ways in which they successfully adapted to the new insular environments is one of the most interesting topics of archaeological research worldwide. Cyprus has the potential to contribute important new data to the study of these phenomena through the systematic investigation of the island’s Pleistocene landscape.