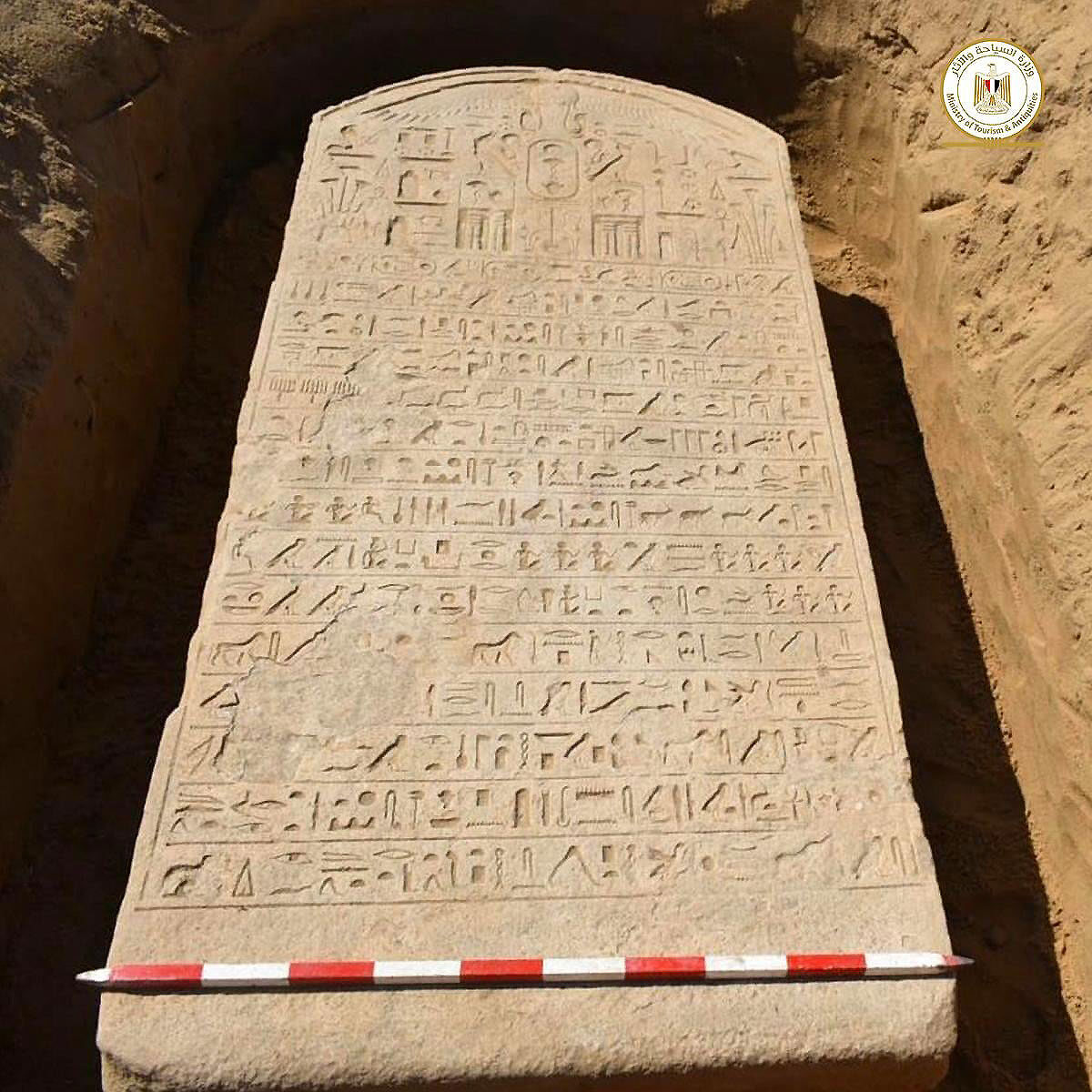 Commissioned by the controversial Pharaoh Apries

A Pharaonic border stela that was recently discovered by chance has been received at the Museum of Ismailia, Egypt.

The stela is made of sandstone and carries an inscription of King Apries (Wahibre), the fifth king of the 26th Dynasty (Saite Dynasty). It was found recently in a field in the area of Ismailia during farming, and the landowner immediately notified the Tourism and Antiquities Police. According to Dr. Mostafa Waziry Secretary-General of the Supreme Council of Antiquities, the stela is identified with one of the border stelae that King Apries erected during his military campaigns towards the east. He added that the round-topped stela bears a winged sun disk on its lunette, and a cartouche recording the king’s name.

Apries is one of the most controversial figures of a part of Egyptian history known as the Late Period. Succeeding Pharaoh Psamtik II, he reigned between 589 and 570 BC. Records of his deeds are preserved in original Egyptian sources but also in Herodotus’ Histories, Manetho, Diodorus Siculus’ Bibliotheca Historica as well as the Bible. Apries is connected with a number of diplomatic and military interventions in the Levant (Israel, Phoenicia) around the time of the fall of Jerusalem to the Babylonians (586 BC), before his army mutinies against him following a failed campaign in Libya. After his dethroning following a civil war that brought Amasis to the throne, he is thought to have led a turbulent life and he was eventually murdered. A palace attributed to him has been excavated in Memphis.