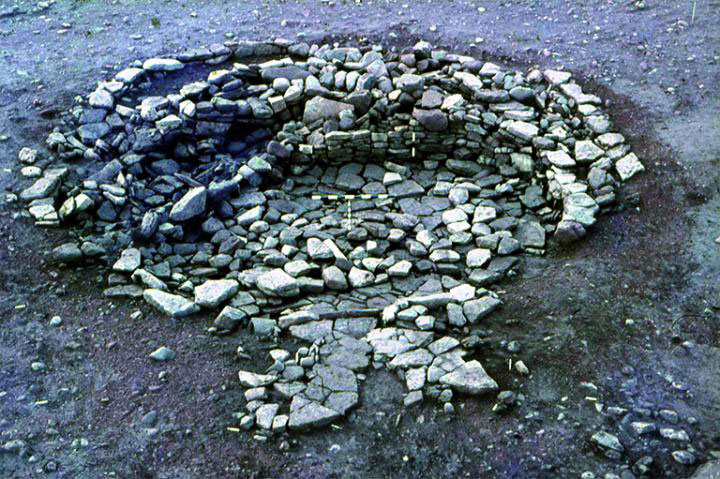 Tradition of keeping mementos dates back at least 2,000 years

The study from the University of York suggests mundane items like spoons and grinding stones were kept by Iron Age people as an emotional reminder and a ‘continuing bond’ with the deceased – a practice which is replicated in societies across the globe today.

The research focused on “problematic stuff”: everyday items used or owned by a deceased person that relatives might not want to reuse but which they are unable to simply throw away.

At the Scottish hillfort settlement of Broxmouth, dating from 640BC to AD210, everyday items like quernstones, used for grinding grain, and bone spoons found between roundhouse walls could have been placed there by loved ones as a means of maintaining a connection with the person who had died.

The study compared this with contemporary examples of similar behaviour, with the retention of relatives’ clothing or worn-out shoes being particularly recurrent themes.

Dr Lindsey Büster from the Department of Archaeology said: “It is important to recognise the raw emotional power that everyday objects can acquire at certain times and places.

“Archaeologists have tended to focus on the high material value or the quantity of objects recovered and have interpreted these as deposited for safe keeping or gifts to the gods.

“My work uses archaeology to open up discussions around death, dying and bereavement in contemporary society, demonstrating that even the most mundane objects can take on special significance if they become tangible reminders of loved ones no longer physically with us.”

The paper demonstrates that in many societies, everyday items might well be included in the grave with the dead. Traditional interpretations of grave goods have often seen them as necessary for accompanying the dead to the afterlife, but the easy disposal of “problematic stuff” – that is objects not needed or desired by living relatives but not appropriate for throwing out onto the rubbish heap – is another possible explanation.

Dr Büster added: “Archaeologists tend to caution against the transplanting of modern emotions onto past societies but I suggest that the universality of certain emotions does allow for the extrapolation of modern experiences onto the past, even if the specifics vary.

“I consider the experience of grief and bereavement to be one such emotion, even if the ways in which this was processed and navigated varies between individuals and societies.  This research helps bring us a little closer to past individuals whose experience of life (and death), was in some ways, not so different from our own.”