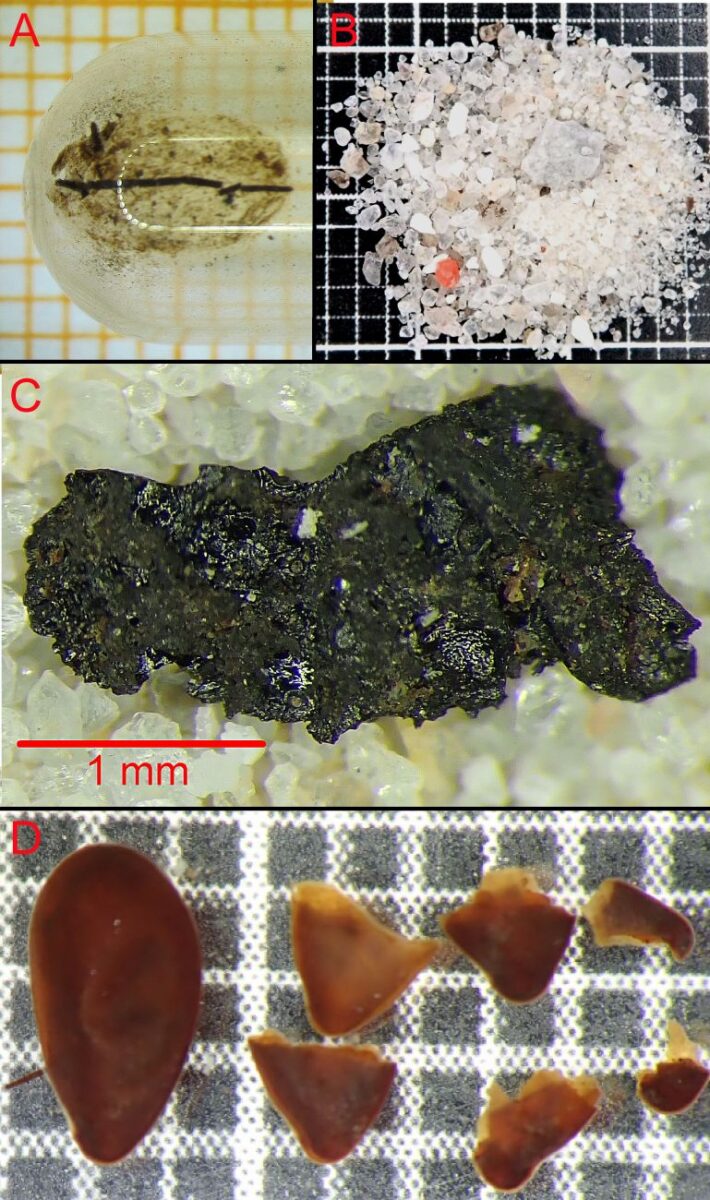 Although it is 2400 years since the Tollund man ate his last meal, Danish researchers – from Museum Silkeborg, the National Museum, Moesgaard Museum and Aarhus University – have now succeeded in analyzing what exactly the meal consisted of.

It is the most detailed study to date of a stomach and intestinal contents of a bog, and the results have just been published in the acclaimed scientific journal Antiquity. https://doi.org/10.15184/aqy.2021.98

“What is absolutely fantastic is that, based on the very degraded material, we have been able to reconstruct the Tollundman’s last meal with such a great degree of detail that we can almost reproduce the recipe,” says Nina Helt Nielsen, head of research at Museum Silkeborg and has spearheaded the research project.

“That way we get really close to the incident that happened 2400 years ago – you can almost imagine how they have been sitting by the fireplace and cooking the porridge.”

The recipe for the Iron Age meal

The analyzes show that the Tollund man ate a porridge that consisted of:

The remaining one percent consisted of plant remains from 20 different species, including very many weed seeds (including more than 1100 asparagus seeds (0.6 g) and 670 seeds from sperm (0.8 g)) and 20,000 (1, 6 g) grains of sand and small pieces of charcoal. This material probably represents impurities that have been added to the porridge along with the other ingredients.

In addition, based on protein analyzes, the researchers can conclude that the Tollund man has eaten fish, either in the porridge or next to it. In 1950, the conclusion was otherwise that no meat had been included in the meal.

Weeds were included in the meal

The many weed seeds of especially pale willowherb in the meal indicate that they are added deliberately. They probably constituted the threshing waste from the sifting of the grain kernels and were subsequently collected, stored and used as an ingredient in the meal.

This is in line with the diet of other mosses, where the proportion of weed seeds is in several cases even higher than in the Tollund man. Analyzes by Grauballemanden in 2007 showed that the porridge that made up his last meal was primarily made from threshing waste, especially seeds from pale willowherb and asparagus. And in the Borremos man’s stomach contents, only weed seeds have been found.

In several Iron Age sites, weed seeds (threshing waste) have been found that have been stored together with threshed and unthreshed grain, for example at Overbygård in North Jutland. However, the weed seeds made up a very small part of the total grain stock. The question, therefore, is what the over-representation of weed seeds in the gastrointestinal contents of bog mosses means.

“Whether the threshing waste has been stored for special occasions such as human sacrifices, or whether it has just been an ingredient that was sometimes added to the meal – perhaps to delay the grain – we can not decide yet. It is clearly something that one also should look for in future studies, ” says Nina Helt Nielsen.

The meal was eaten 12-14 hours before, the Tollund man was hung and laid in a peat grave in Bjældskovdal, 10 km west of Silkeborg, 2400 years ago – probably as part of a human sacrifice.

However, the weeds do not mean that the meal was bad. The energy content of the three most important plant ingredients totals 5380 kJ, which corresponds to almost half of the daily energy intake currently recommended for a man with limited physical activity.

“Nutritionally, the meal has been quite good, also when you look at the distribution of fat, protein and carbohydrates,” says Peter Steen Henriksen, who is museum inspector at the National Museum and has been responsible for the macrofossil analyzes.

The food burned on

The researchers have found food crusts – ie charred food leftovers – which show that the food has been burnt a little. It is the same type that has been found burned on the inside of pottery.

Algae and residues from wetland plants such as peat moss show that water from lakes, bogs or water holes was added to the crop. Or the Tollund man has drunk the water.

Finds of parasite eggs also reveal that the Tollund man had tapeworms, tapeworms and whipworms. The latter two reflect the more primitive sanitary conditions of the Iron Age, as they are due to the ingestion of parasite eggs from excrement, eg through contaminated food or drink. Tapeworms are due to the fact that the Tollund man at one point ate raw or uncooked meat, which was probably relatively common when the food was prepared over fireplaces or in cooking pits.

Facts about the research project

The study was carried out in connection with the research project “Divine meal or everyday diet? New scientific analyzes of the Tollund man’s gastrointestinal contents” and funded by the Ministry of Culture’s Research Pool. The Novo Nordisk Foundation has also financed the protein analyzes.

The most important analysis method in the new study was macrofossil analysis (performed by Peter Steen Henriksen, National Museum), where the various decomposed plant parts in the intestinal contents were sorted, identified, counted and measured, and the total original weight of the various seeds and grains was determined.