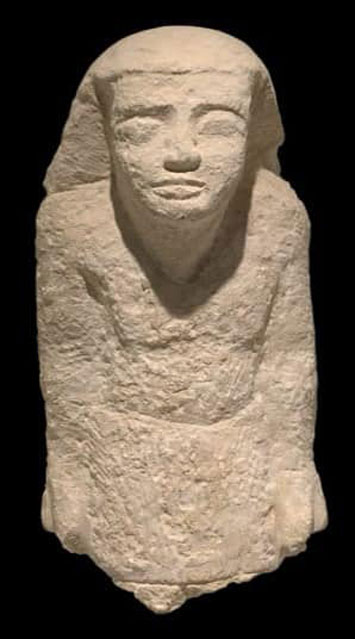 From an art gallery in the Netherlands

Shaaban Abdel-Gawad of Egypt’s Antiquities Repatriation Department said the statue had been illegally excavated and smuggled out of Egypt. The statue was on display at the annual European exhibition of fine arts, Tefaf, in Maastricht, the Netherlands.

Ni Kao Ptah is shown standing and wearing a short skirt, although the statue’s legs are missing. The priest’s name was engraved on the sculpture’s right hand.

The two ministries thanked the Dutch authorities for their distinguished cooperation with the Egyptian embassy.