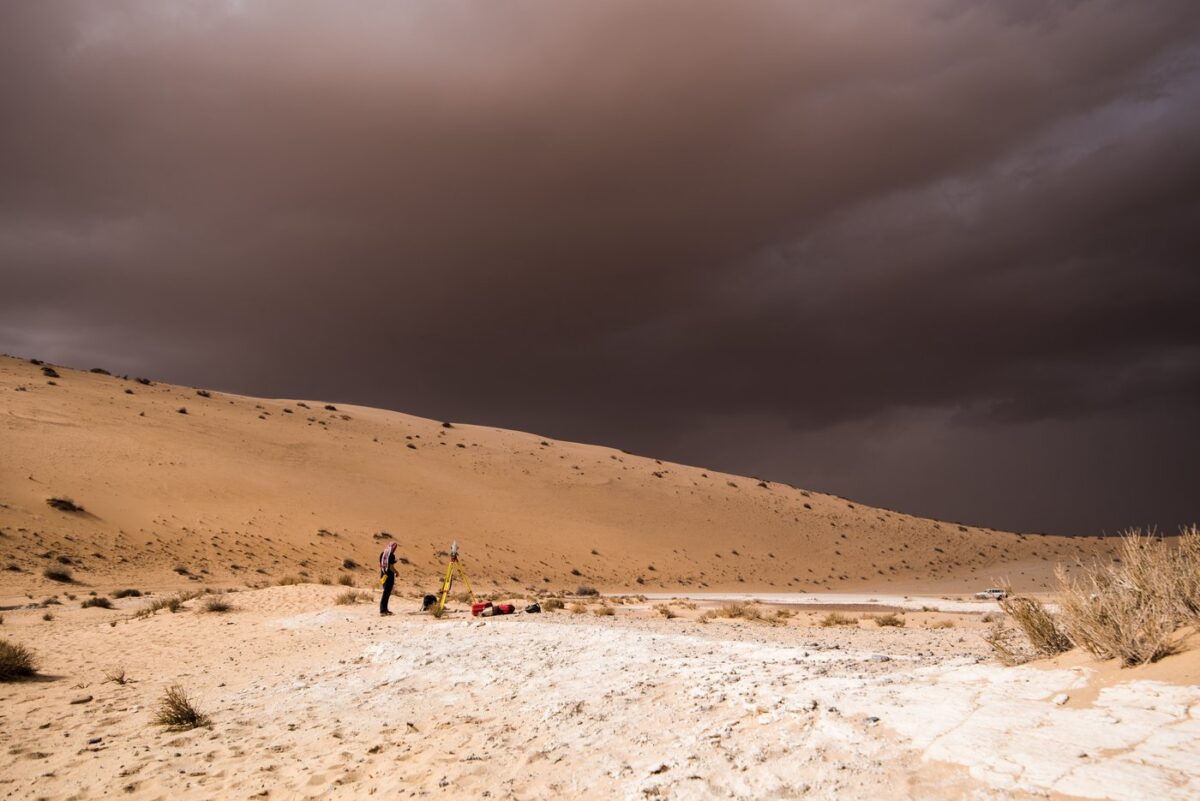 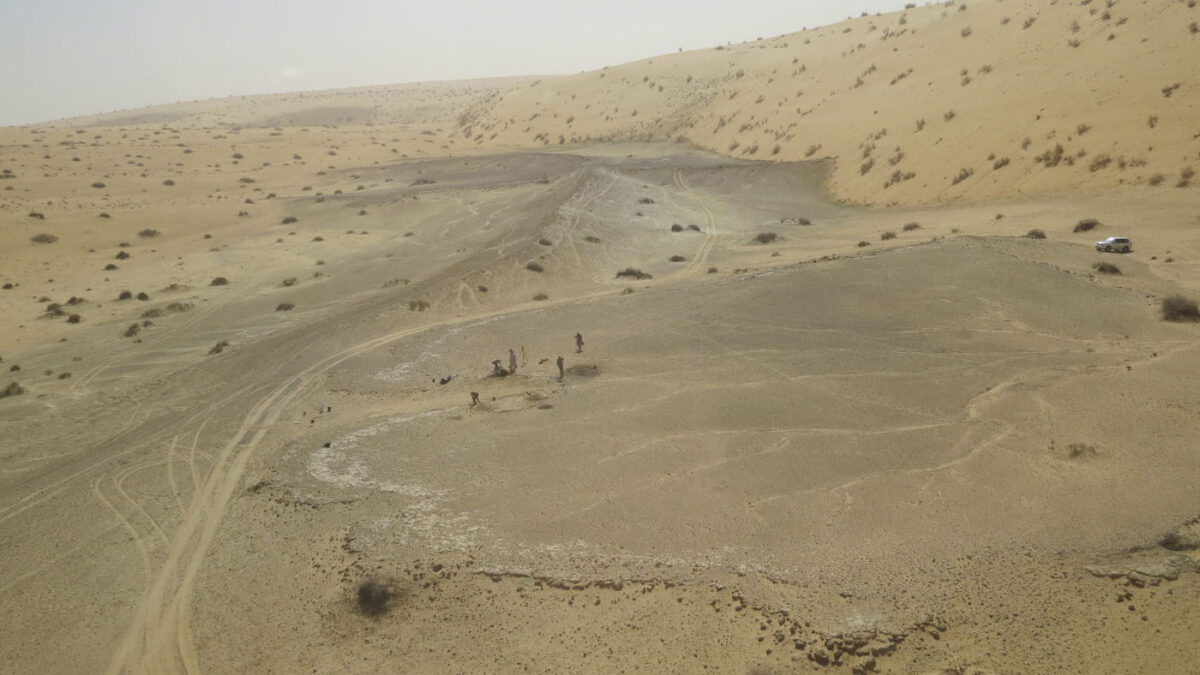 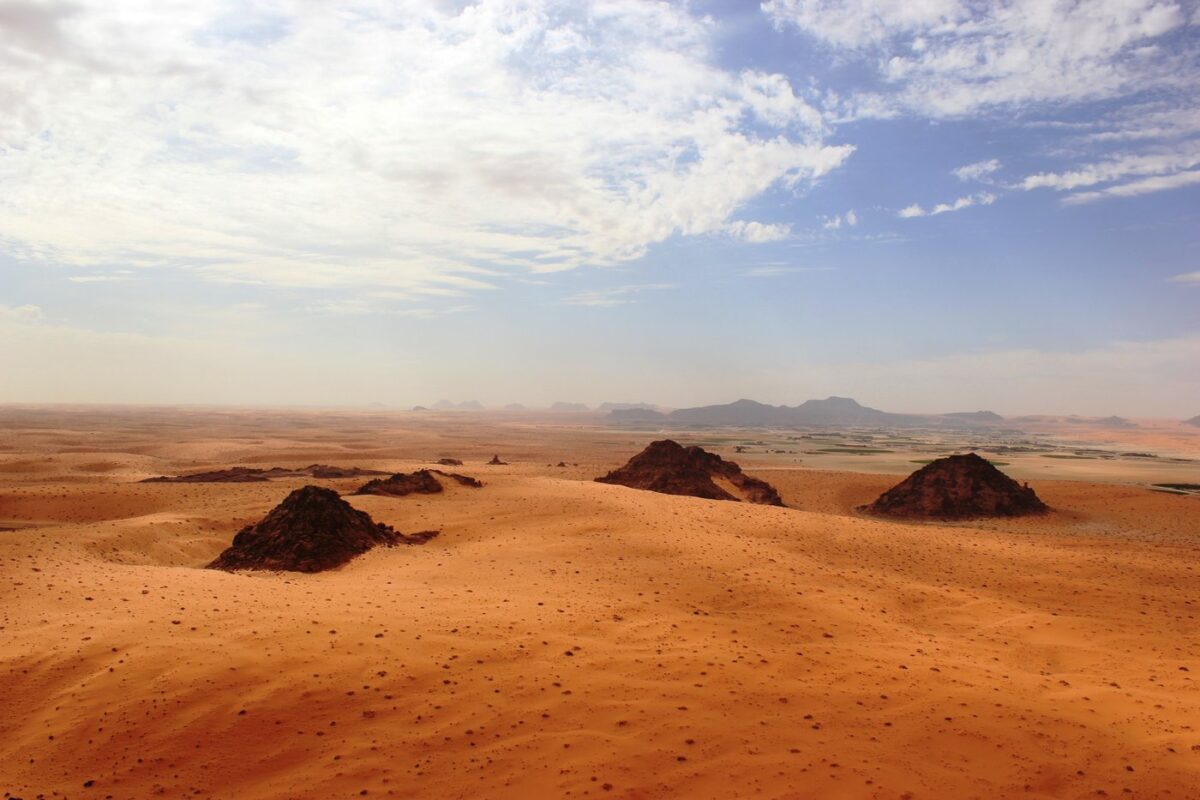 Northern Arabia, a crucial migration route and a crossroads for early humans

International and Saudi researchers have discovered archaeological sites in the Nefud Desert of Saudi Arabia associated with the remains of ancient lakes formed when periods of increased rainfall transformed the region into grassland. The researchers found that early humans spread into the region during each ‘Green Arabia’ phase, each bringing a different kind of material culture. The new research establishes northern Arabia as a crucial migration route and a crossroads for early humans.

Recent research in Arabia – a collaboration between scientists at the Max Planck Institute for the Science of Human History in Jena, Germany, the Heritage Commission of the Saudi Ministry of Culture, and many other Saudi and international researchers – has begun to document the incredibly rich prehistory of Saudi Arabia, the largest country in Southwest Asia. Previous research in the region has focused on the coastal and woodland margins, while human prehistory in the vast interior areas remained poorly understood.

The new findings, including the oldest dated evidence for humans in Arabia at 400,000 years ago, are described as a “breakthrough in Arabian archaeology” by Dr Huw Groucutt, lead author of the study and head of the ‘Extreme Events’ Max Planck Society Research Group in Jena, Germany, based at the Max Planck Institute for Chemical Ecology.

The discovery of thousands of stone tools reveals multiple waves of human occupation and shows changing human culture over time. At the site of Khall Amayshan 4 (KAM 4), nestled in a hollow between large dunes, researchers found evidence for six phases of lake formation, five of them associated with stone tools made by early humans at around 400, 300, 200, 100, and 55 thousand years ago. Each phase of human occupation is characterised by a different kind of material culture, documenting the transition from the Lower Palaeolithic Acheulean ‘handaxe’ culture to different kinds of stone flake-based Middle Palaeolithic technologies. Excavations at the Jubbah Oasis, 150 km to the east, also recovered stone tools, dating to 200 thousand and 75 thousand years ago.

The dating of the archaeological sites – achieved primarily through a technique called luminescence dating, which records the length of time since tiny grains of sediment were last exposed to sunlight – shows that each occupation dates to a time when rainfall is known to have increased in the region. In addition, all of the stone tool assemblages are associated with the distinctive sediments produced by freshwater lakes. The findings therefore show that, within a dominant pattern of aridity, occasional short phases of increased rainfall led to the formation of thousands of lakes, wetlands, and rivers that crossed most of Arabia, forming key migration routes for humans and animals such as hippos.

While today the Nefud desert is a very arid region, deep hollows between the large sand dunes created places for small lakes to form during occasional increases in rainfall. As a result, the Nefud region was periodically transformed from one of the most uninhabitable parts of Southwest Asia into a lush grassland that provided opportunities for repeated population movements.

Unlike bones and other organic materials, stone tools preserve very easily, and their character is largely influenced by learned cultural behaviours. As a result, they illuminate the background of their makers and show how cultures developed along their own unique trajectories in different areas. The Khall Amayshan 4 and Jubbah Oasis findings reflect short-lived pulses of occupation that represent the initial phases of migration waves.

Each phase of human occupation in northern Arabia shows a distinct kind of material culture, suggesting that populations arrived in the area from multiple directions and source areas. This diversity sheds unique light on the extent of cultural differences in Southwest Asia during this timeframe, and indicates strongly sub-divided populations. In some cases the differences in material culture are so great as to indicate the contemporary presence of different hominin species in the region, suggesting that Arabia may also have been an interface zone for different hominin groups originating in Africa and Eurasia. Animal fossils indicate a similar pattern: although the north Arabian fossil record shows a prominent African character, some species came from the north, while others represent long-time residents of Arabia.

The findings highlight the importance of filling in the gaps in the hominin map. “Arabia has long been seen as empty place throughout the past,” says Dr. Groucutt. “Our work shows that we still know so little about human evolution in vast areas of the world and highlights the fact that many surprises are still out there.”

“It’s remarkable; every time it was wet, people were there,” says project leader Prof. Michael Petraglia, from the Max Planck Institute for the Science of Human History. “This work puts Arabia on the global map for human prehistory,” he adds.