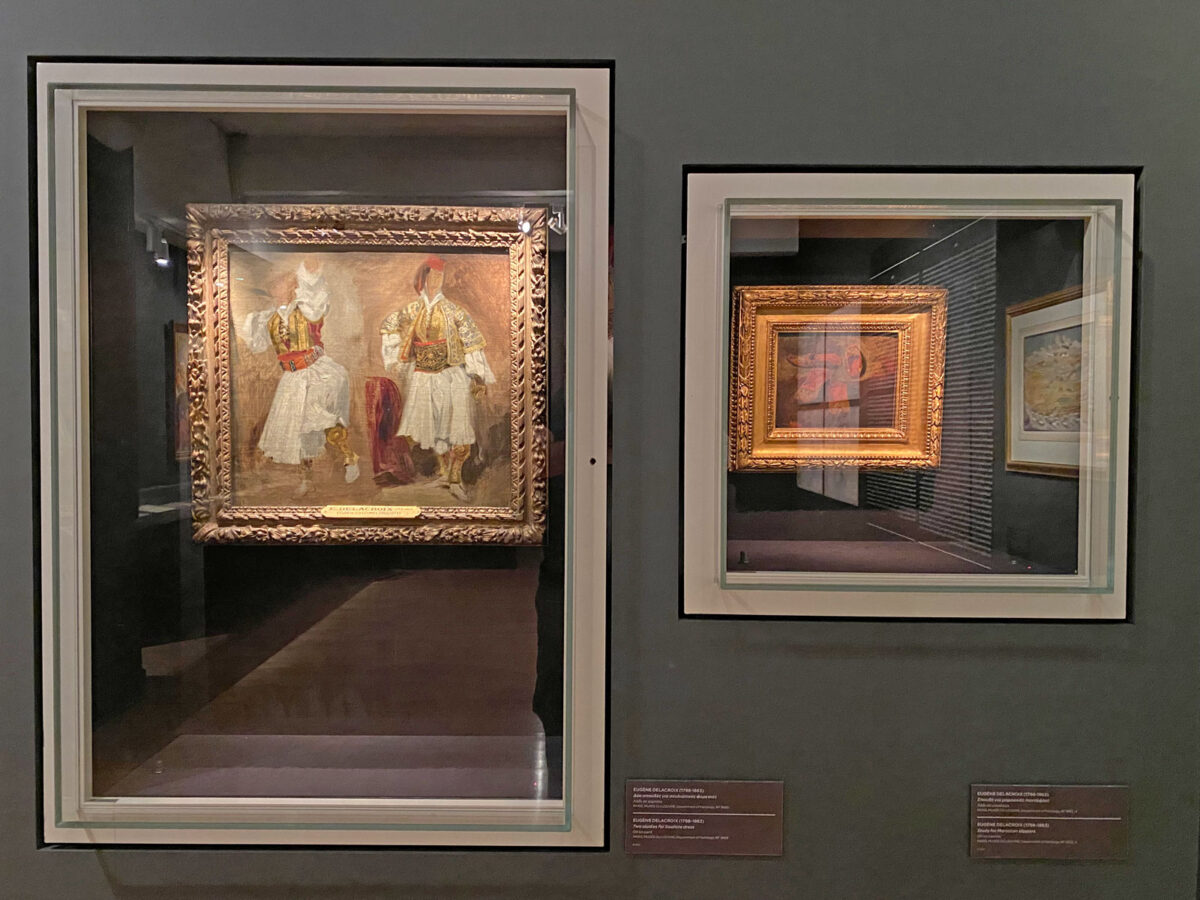 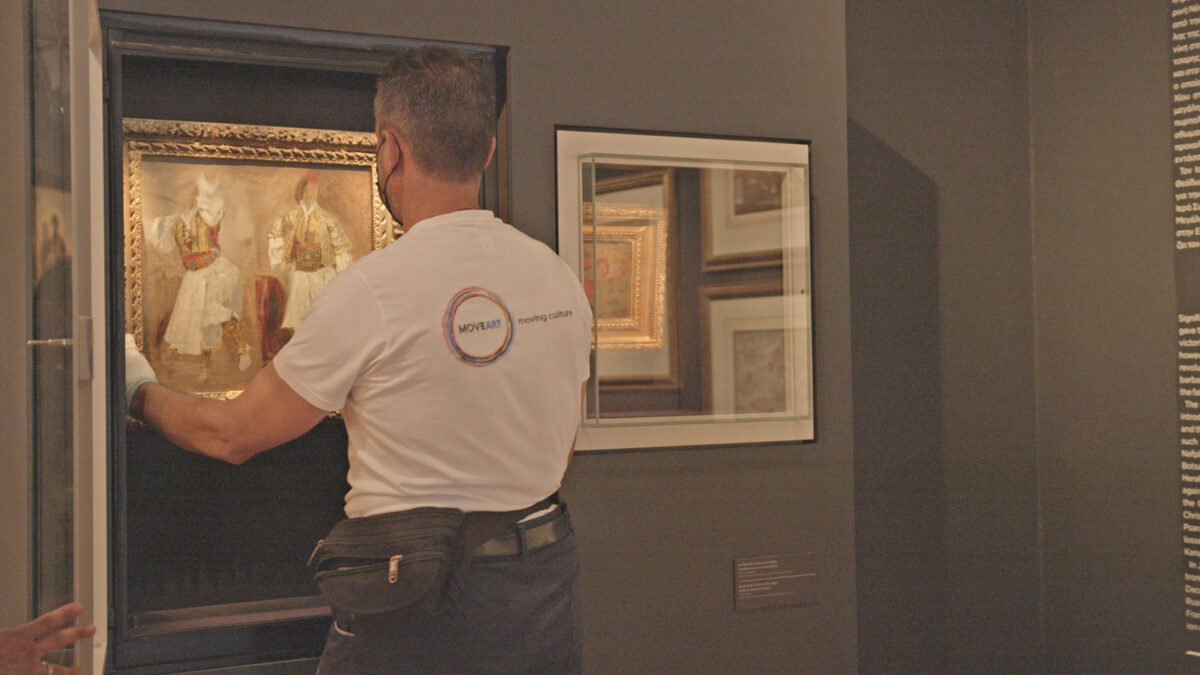 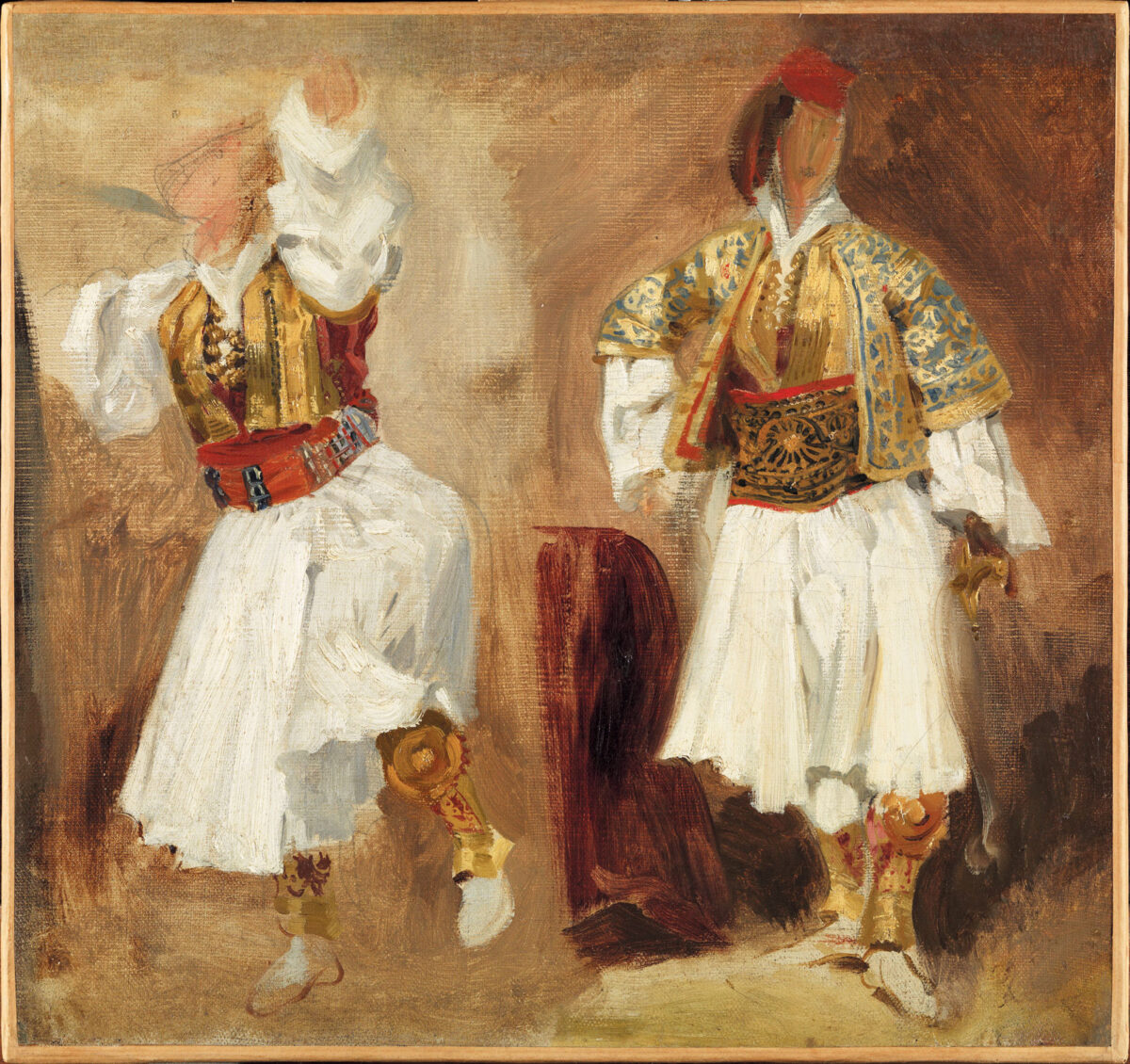 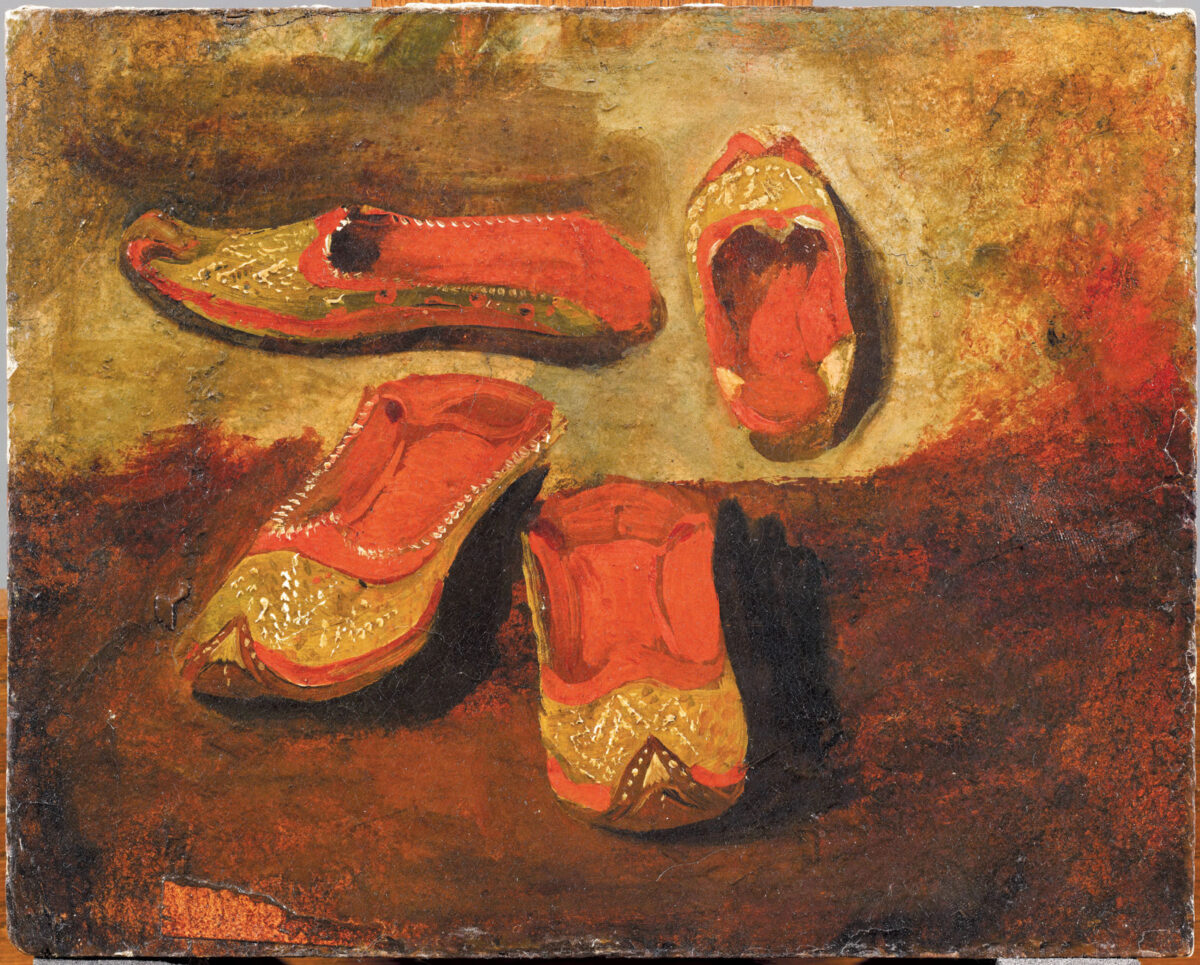 The exhibition “1821 Before and After” mounted by the Benaki Museum jointly with the Bank of Greece, the National Bank and Alpha Bank to celebrate the 200th anniversary of the Revolution of 1821, opened on May 14 when all museums again became available to the public.

Unprecedented travel conditions prevailing till then had made it impossible to timely transfer two works by celebrated French painter Eugene Delacroix (1798-1863) from the Louvre Museum collection to have been included in the exhibition from the beginning.

During the summer and after people and artworks could circulate unrestricted, Delacroix’s works arrived in Greece accompanied by a curator of the Louvre Museum. They took their place among other works of 19th century Philhellene Romantic painters who had been moved by the Greek struggle for liberation, were inspired by it and supported it in many ways.

The following two works are exhibited in the second part of the exhibition which is dedicated to the events and protagonists of the Greek Revolution : “Two studies of Souliote dress” (oil on cardboard, 43 × 46 cm, Louvre Museum RF 3639) and “Study of Moroccan slippers” (oil on canvas, 16.5 × 20.5 cm., Louvre Museum RF 1953_4).

These are works full of life executed with quick bold strokes of the brush. They show the artist’s effort to capture the movement of the costumes and to study the light on the gold embroidered slippers before incorporating them into an ambitious larger composition.

With large-scale works, such as “The Massacre of Chios”, but also smaller ones, such as the two that traveled from Paris to Athens, Eugene Delacroix stirred up European public opinion in favor of the Revolution but at the same time provided “visual evidence” for future generations of the events that took place during the liberation struggle of the Greeks.

The exhibition “1821 Before and After”  with the addition of the two paintings, will remain open to the public until November 7, 2021 at the Benaki Museum on 138 Piraeus Street.