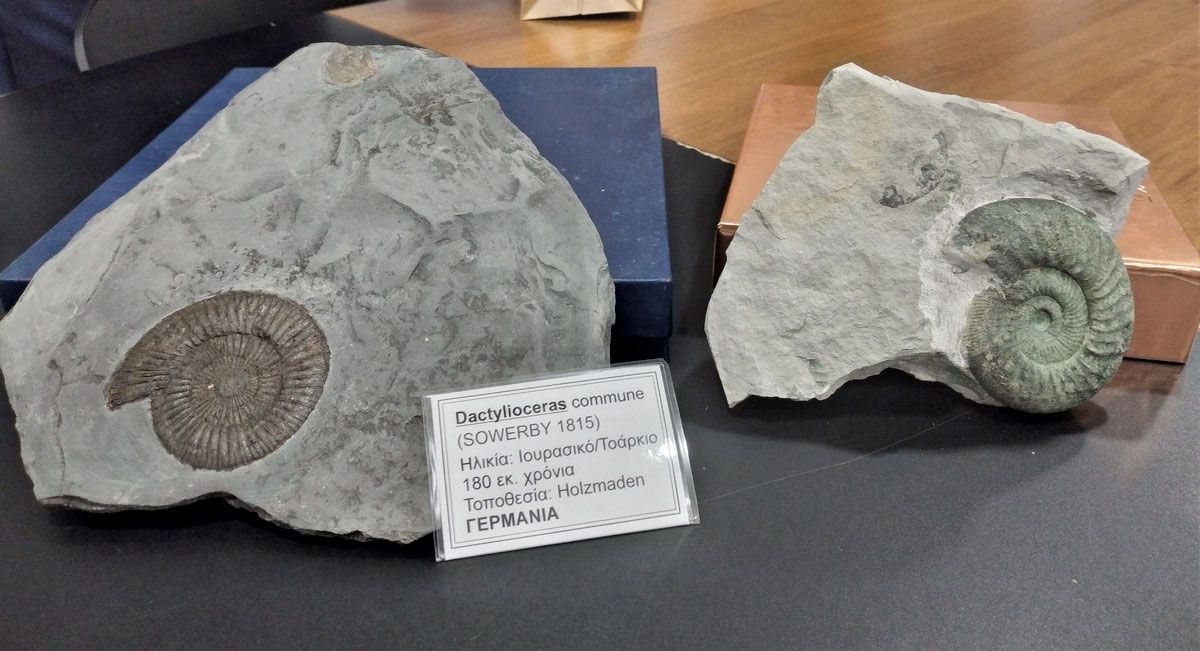 Rethymnon will acquire its Museum of Fossils

To house the collection donated by Paschalis Zisiou

The municipal authorities of Rethymnon are organizing an exhibition of the full collection of fossils donated to the Municipality by the collector Paschalis Zisiou.  A cultural centre is being designed for this purpose that will function as a museum to be visited by locals and visitors from abroad.

Mr Paschalis Zisiou, an expatriate from Frechen in Northern Germany, visited Rethymnon to meet with Mayor George Marinakis and informed him of his cooperation with honorary president of the Hellenic Spelaeological Society of West Crete and pro bono curator of the Goulandris Palaeontological Museum of Rethymnon Vassilis Simitzis, regarding the management and exhibiting of this rare collection.

The municipality hopes that the collection exhibited privately till now by Mr. Zisiou, which includes thousands of invertebrate marine fossils (a significant number of Cretan fossils being among them), will be a useful educational tool for students of all educational levels, whether from the School of Tour Guides, the University (Pedagogical, Biology and Archaeological Departments), the Technical University of Crete ( Departments of Mineral Resources and Environment), as well as Geology Departments of other higher educational institutions across Greece. While in Rethymnon Mr. Zisiou, assisted by Mr. Simitzis, temporarily mounted the exhibition hosting part of the fossil collection in the School of Tour Guides’ conference hall.

According to the mayor of Rethymnon, “we shall honour the terms of the donation, so that the Museum of Fossils becomes an important place of Culture connecting us with the past, providing us with knowledge both on climate change and its effects as well as the origins of life, helping us to draw useful conclusions for the present and the coming future”.