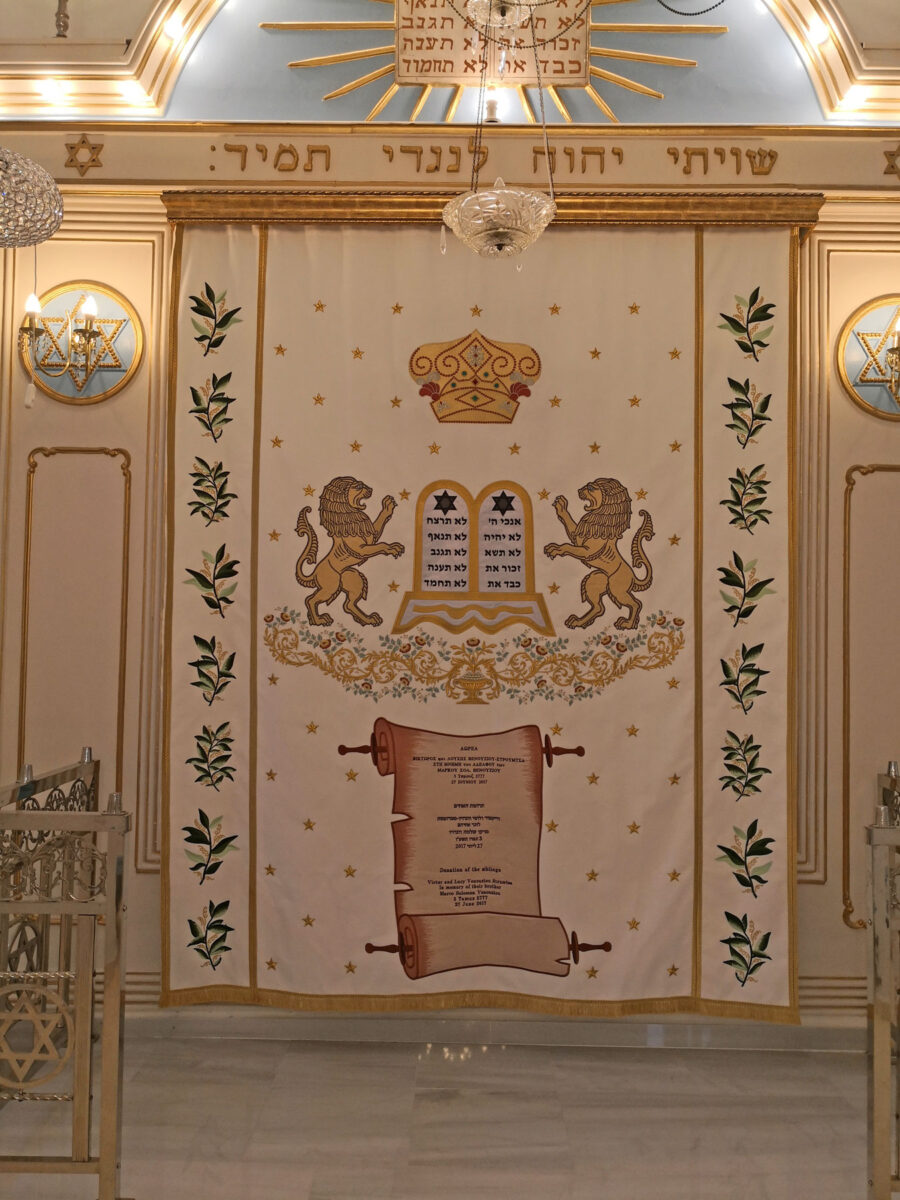 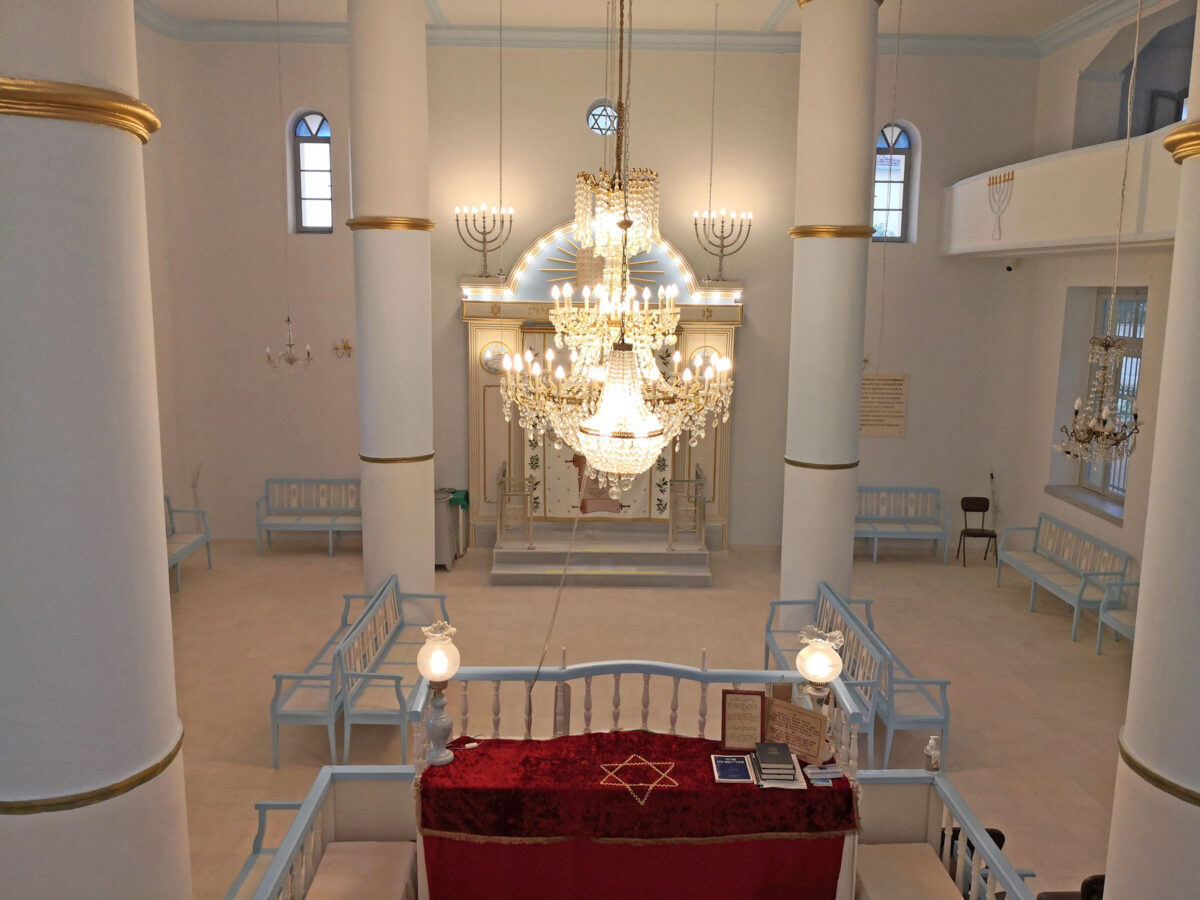 The Jewish Synagogue of Trikala is ready to receive visitors

Works on it have been completed

The renovated Jewish Synagogue of Trikala is ready to receive its first visitors, after the completion of the restoration works with crews demolishing “problematic” parts of the building. The renovation work resulted in the enhancement of the elegant stone Synagogue. Αccording to official data of the Israeli Community, the Synagogue is of Romaniote style and for this reason it is called “Kal Yavanim”, i.e. belonging to the Greek Jews. This is one of the few, rare and valuable examples of Romaniote type architecture and layout.

“The Synagogue is a particular example of architecture and we are expecting the first Jewish tourists from Israel and other countries,” said Jacob Venuzio, president of the Israeli Community of Trikala, to the Athens and Macedonian News Agency/AMNA. The construction of the building, according to data from the Israeli Community of Trikala, began around 1925 and was completed in 1930. The same data informs that the inauguration of the Kal Yavanim Synagogue took place in that year of 1930, in a grand official ceremony attended by the large Israeli community of Trikala, then spread across Trikala-Karditsa-Farsala, the local authorities and many people from Trikala and Karditsa , thus demonstrating the excellent relations of the members of the Jewish Community with their fellow citizens, as reported by the local newspaper “Tharros” at the time. Both municipalities of Trikala and Karditsa contributed financially to the synagogue’s construction in 1930, so all the authorities participated in the inauguration which was attended by the mayors of of the two municipalities, as well as by the then Metropolitan of Trikki and Stagon. An unusual feature of the Synagogue of Trikala is that it has two pulpits (Teva), one in the center -facing the Ehal- and one raised on the west wall.

The Synagogue is one of the most beautiful buildings in the city of Trikala and is mentioned in international tourist guides and albums of Jewish monuments round the world as a synagogue of unique beauty and a monument in the best historical and cultural Greek-Jewish tradition. After careful and well-studied renovation work and funding from donations and the German Consulate in Thessaloniki, the Jewish Synagogue changed its appearance inside and on its exterior and new spaces were added, as Jacob Venuzio says to the AMNA. He adds that president of the Central Jewish Council (KISE) and president of the Israeli Community of Thessaloniki also holding the position of vice-president of the World Jewish Council, David Saltiel, has contributed a great deal to this effort.

He explains that Mr Saltiel took up the cause with great enthusiasm and took the initiative in fundraising while on his instructions the KISE urged the Israeli Communities of Greece to assist them and their members in the project. All Israeli communities and Jews in Greece and abroad contributed financially. Mr Venuzio concluded by saying: ” President David Saltiel also involved all the staff and especially the technical and financial services of the Israeli Community of Thessaloniki in coordinating, supervising and assisting in the project’s satisfactory realization”. The new Museum space and Library should also be added to the list of all the renovations, said Mr Venuzio, where in the latter the whole history of the Jewish Community of Trikala will be housed in documents, books and paintings. Lastly, Costas Michalakis, President of the Association of Philologists of Trikala, told the AMNA that in the recent tour of the Association around the town’s religious, the Synagogue was a special stop. Most of the participants had never been inside a Synagogue let alone that of Trikala. Admittedly, Mr Michalakis concludes, the Synagogue’s beauty came as a pleasant surprise, with many saying it could be a point of reference for the Holocaust and its teaching in school, as well as for historical, religious and social studies on the town of Trikala  and its history.