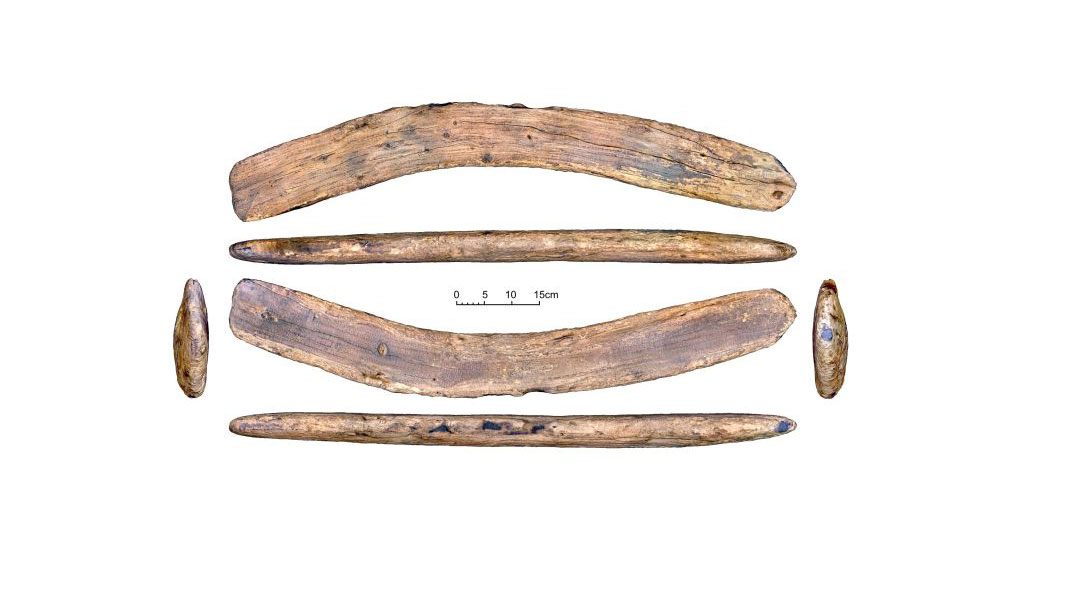 A 3D model of a unique tablet covered with mysterious Easter Island glyphs has revealed symbols previously invisible to the human eye.

Carved into a giant boomerang-shaped piece of wood, the glyphs called ‘rongorongo’ date back several hundred years, but so far no one has been able to interpret them.

Until now, it was believed that only one side of the tablet in the collection of the Ethnological Museum of Berlin was covered with glyphs.

Badly damaged by rot and woodlice after being buried in a cave, it was feared that around 90 percent of the symbols had been lost.

But after researchers carried out a comprehensive examination of the artefact including botanical analysis and radiocarbon dating, they created a 3D model from thousands of photogrammetric images, which revealed many more glyphs.

Dr. Rafał Wieczorek from the University of Warsaw said: “On the other side of the tablet and on its edges we noticed symbols invisible to the naked eye that researchers had previously missed.

“There are also grooves similar to those present on some other rongorongo tablets. They were the limiting lines used to facilitate writing.

“If the tablet was preserved in its entirety, it would be the longest rongorongo text in the world.

“Currently, the most characters are on the so-called Santiago Staff – about 2.3 thousand glyphs.”

He added that the Berlin tablet which is thought to hold around 4,000 symbols probably contains a list of names and a descriptive part.

Wieczorek said: “It was long thought that the glyphs had been made on a piece of washed on the shore of the island. Meanwhile, our analyses show that the wood was local – it was a portia tree (Thespesia populnea).”

However, mystery still surrounds how old the rongorongo are with estimates ranging from the 19th century back to the beginning of the 18th century.

Research is hampered by the fact that all artefacts of this type were removed from the Easter Island by visiting missionaries and ethnographers in the second half of the 19th century.

Currently, they are scattered across private collections and museums around the world.

The results of latest study were published in the Journal of Island and Coastal Archaeology (https://doi.org/10.1080/15564894.2021.1950874). The authors, in addition to working in Russia and Mexico, also include Kamil E. Frankiewicz from the Institute of Evolutionary Biology of the University of Warsaw.