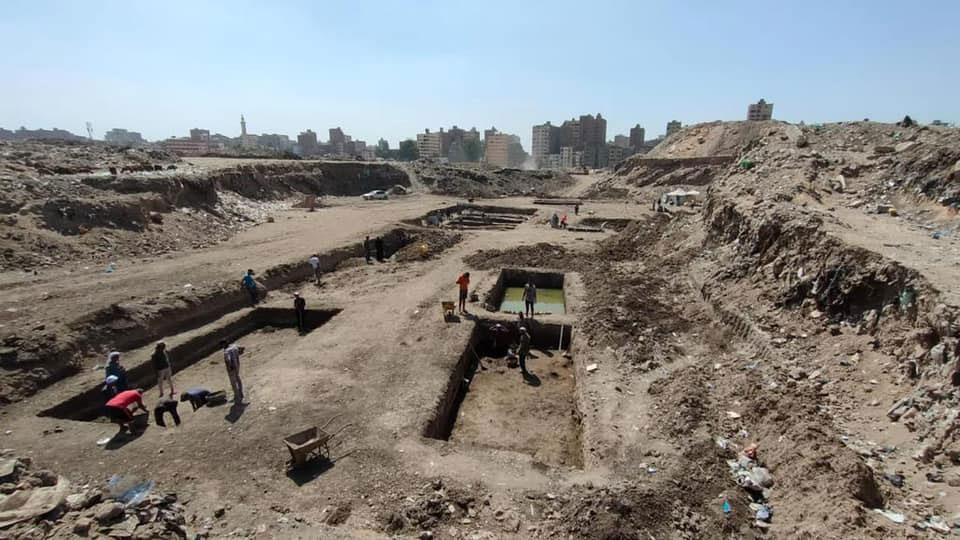 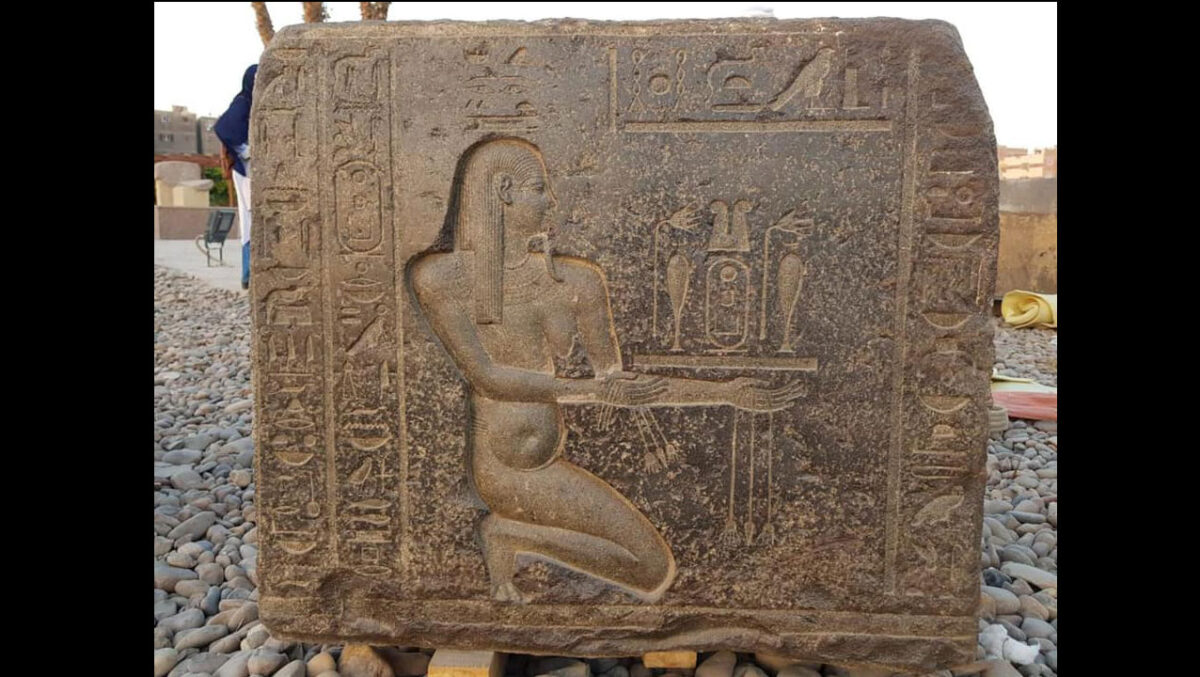 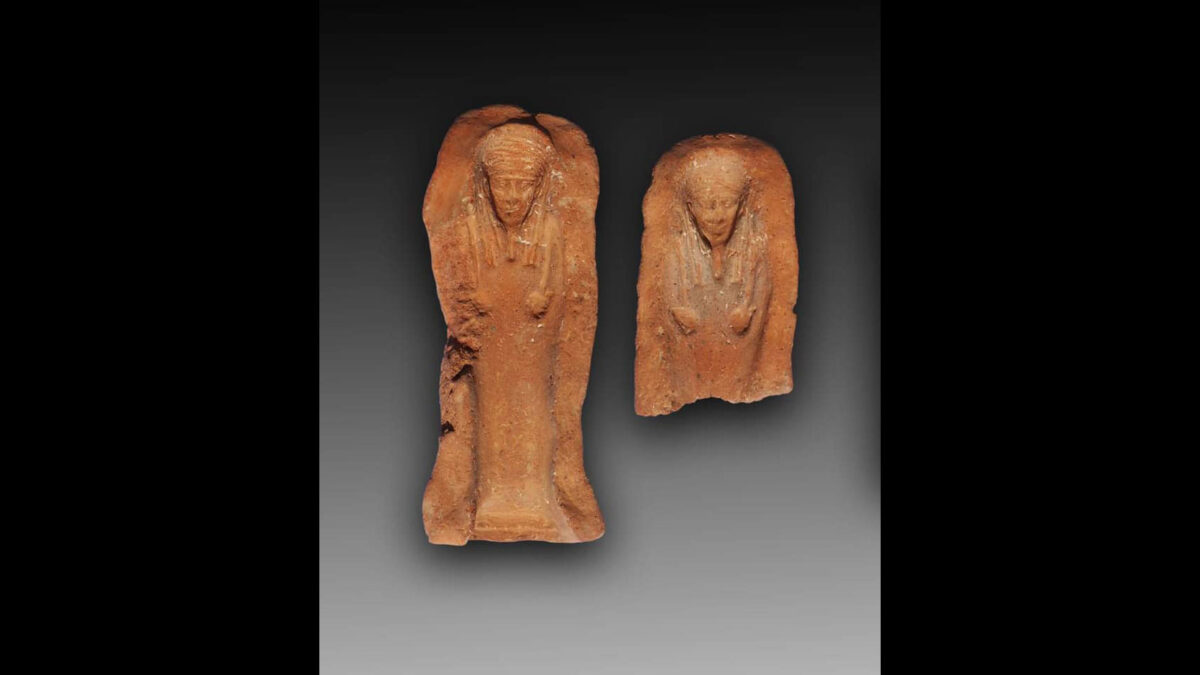 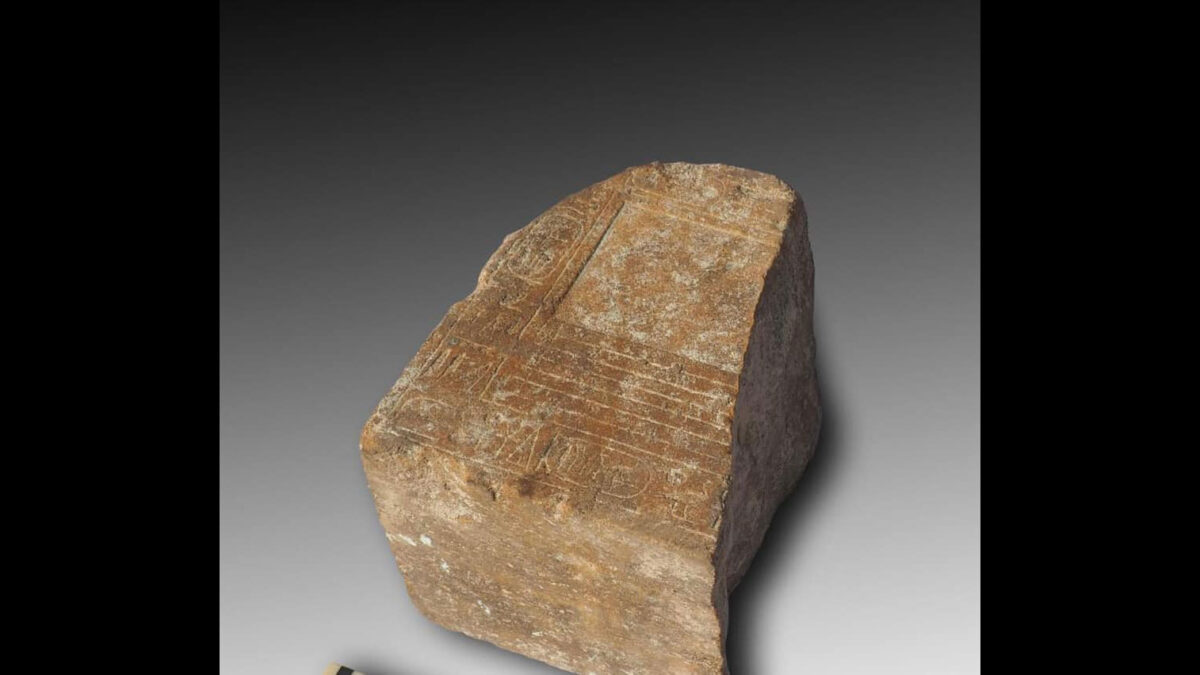 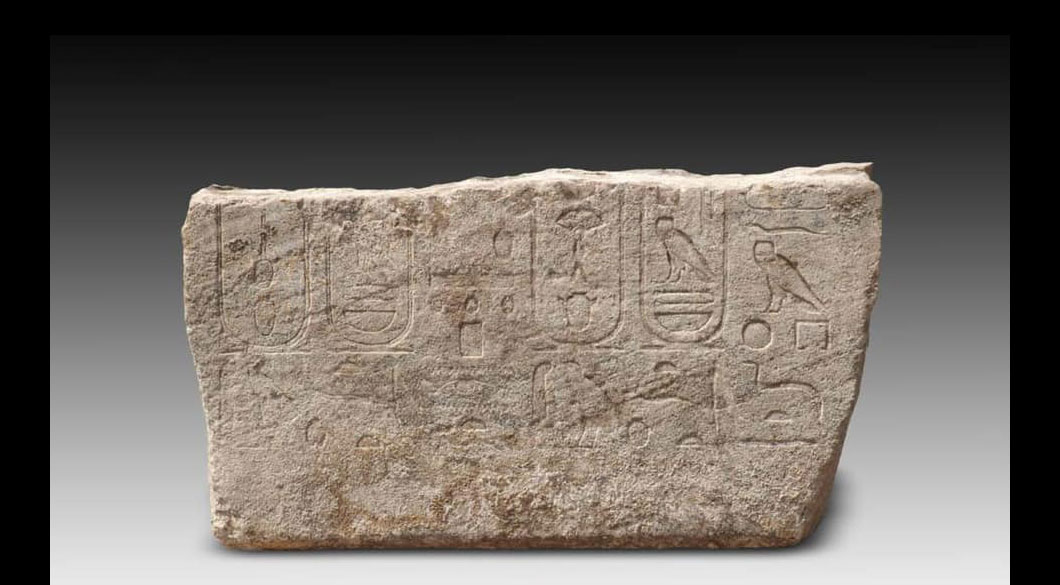 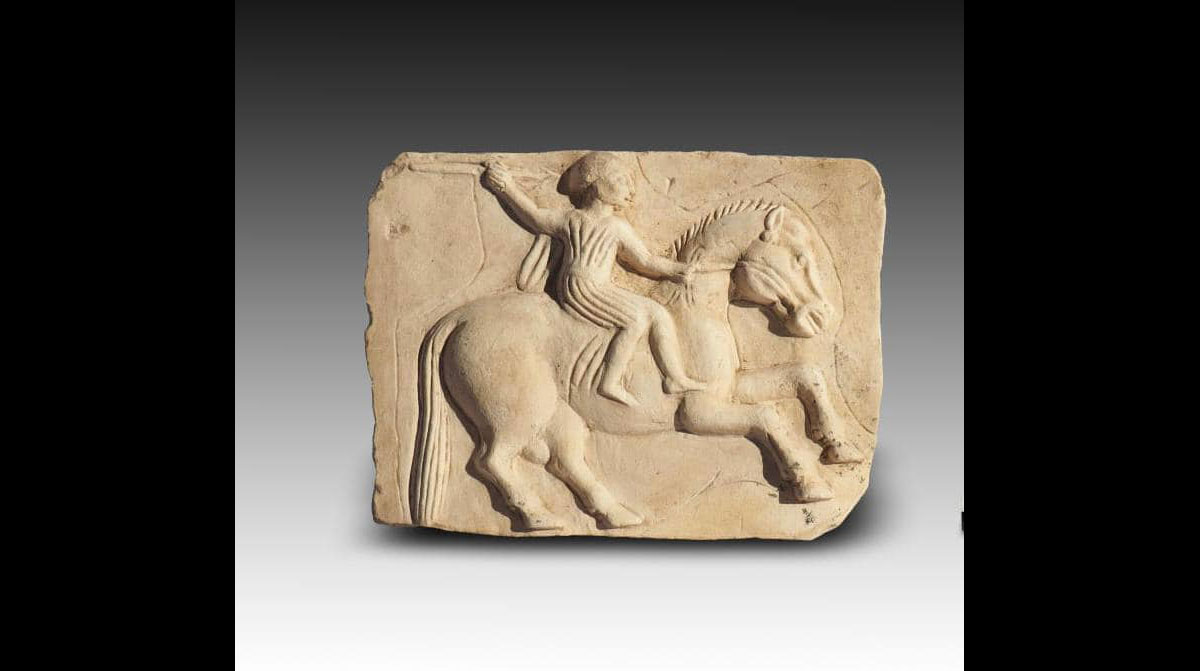 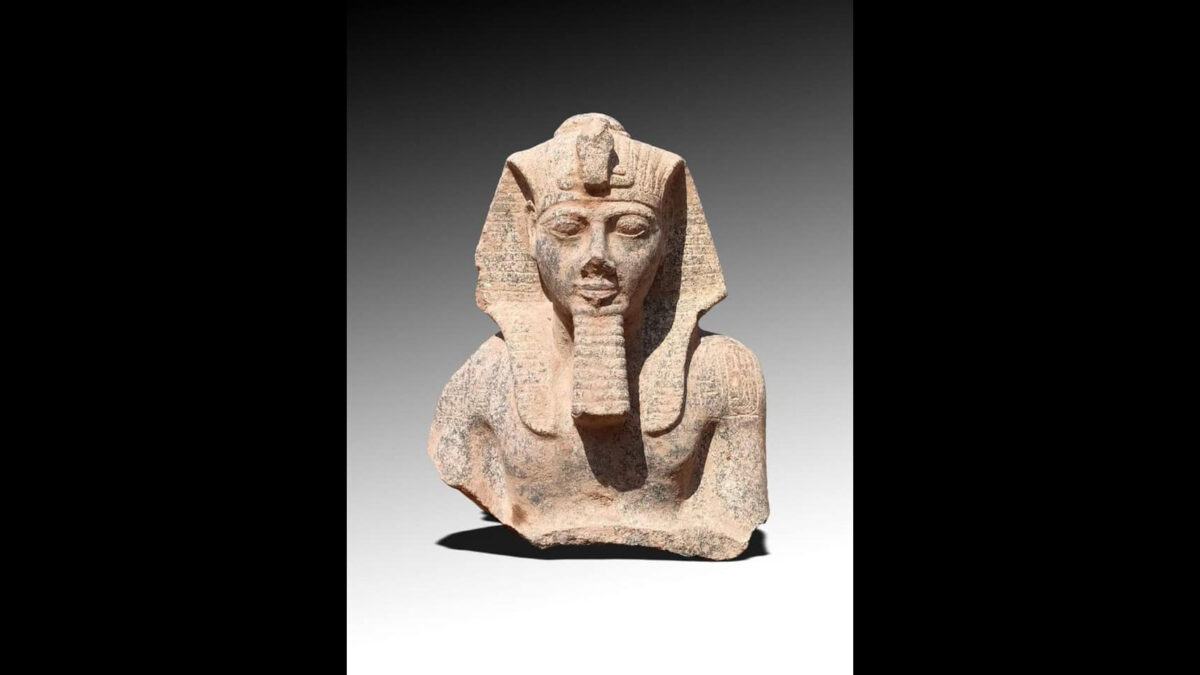 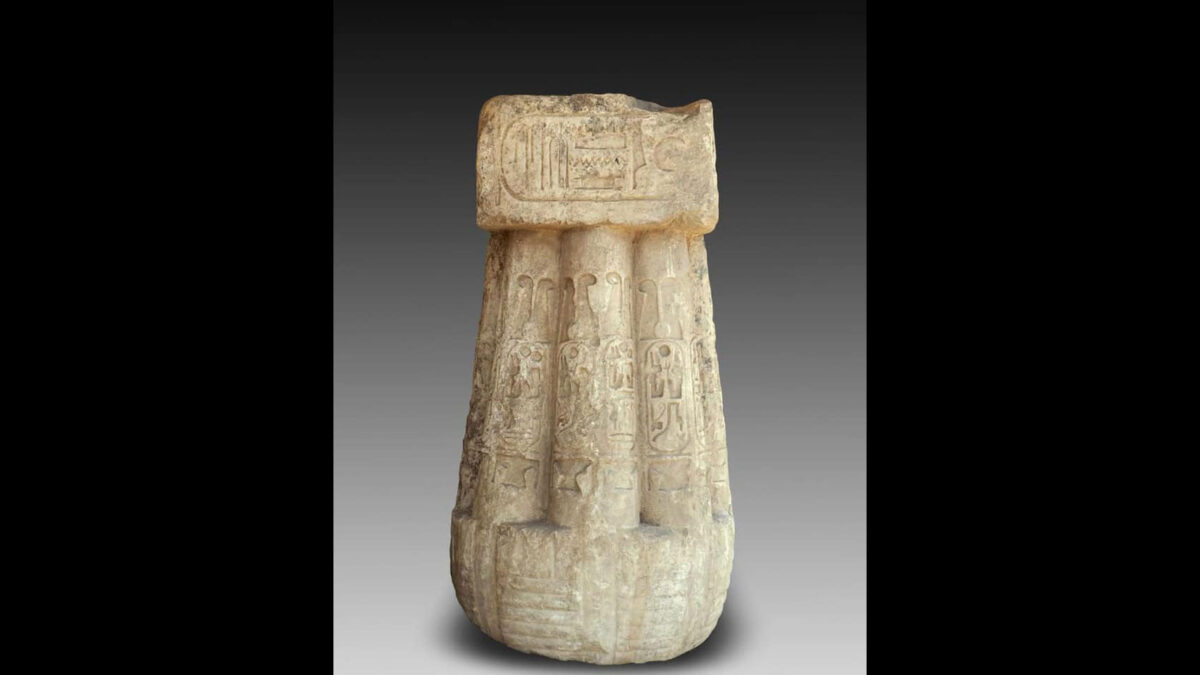 Egypt: New finds at the Great Temple of Heliopolis at Matariya

By the German-Egyptian archaeological mission,

The German-Egyptian archaeological mission, working in the Great Temple of Heliopolis (Matariya, Cairo), uncovered many basalt blocks that represent parts of the western and northern facades of the temple of King Nectanebo I (380-363 BC), in addition to an extension from the northern side, perhaps connected to the Great Temple’s main axis.

This discovery came during excavation at the center of the Great Temple. This was stated by Dr. Mostafa Waziri, Secretary-General of the Supreme Council of Antiquities, noting that the mission also found many blocks that represent the regions of Lower Egypt, including the view that represents the region of Heliopolis, in addition to views of the other regions of Lower Egypt.

Dr. Ayman Ashmawy, head of the Egyptian Antiquities Sector at the Supreme Council of Antiquities and head of the mission on the Egyptian side, explained that the inscriptions on these stones mention the years 13 and 14 (366/365 BC) from the reign of King Nectanebo. He also noted the dimensions and materials used in this temple. There are also several blocks whose inscriptions had been left incomplete, indicating that no decoration work was done for the temple after the death of King Nectanebo I in 363 BC.

Dr. Dietrich Rau, head of the German mission, said that other architectural elements testify to the building projects of Kings Ramses II (1279-1213), Merneptah (1213-1201 BC) and Apries (589-570 BC). Further Ramesside activity is also reflected in pieces of jasper oming from inlays, dating to the early 19th dynasty (about 1300 BC), while a fragment of a statue of Seti II (1204-1198) add to the evidence of the activity of this late 19th dynasty king in Heliopolis.

The axis of the temple towards the west was also studied. Here, sporadic evidence indicates the presence of buildings from the Middle Kingdom, the 22nd dynasty (Osorkon I, 925-890 BC) and a shrine for the god Shu and the goddess Tefnut from the era of King Psamtik II (595-589 BC). From here also come a statue of Ramses II, part of a baboon statue, a pedestal and parts of a quartzite obelisk of Osorkon I and parts of worship facilities such as an offering table for Tuthmosis III (1479-1425 BC).

Dr. Ayman Ashmawi also explained that these discoveries indicate the continued royal support and investment in the Temple of the Sun and the Creator God in Heliopolis.

The excavations also provided additional evidence for the 30th Dynasty and the Ptolemaic period in the region. Dr. Dietrich Rau points out that models of sculpting as well as limestone molds for inscriptions and ushabti statues testify to the activities of the workshop, before all evidence of temple activity seizes during the Roman era.