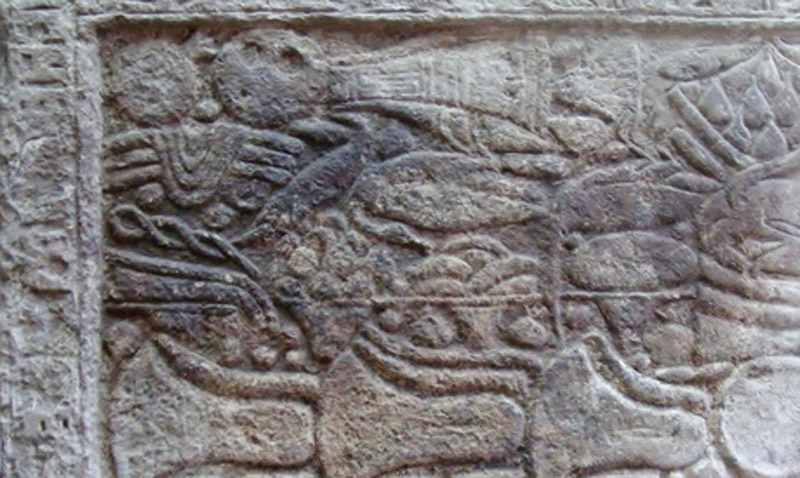 Found by chance in Matariya, Cairo

During construction work carried out by the Ministry of Endowments at the Al-Khamis market area, which is next to the archaeological site of Matariya in northern Cairo, workers stumbled upon a part of an ancient Egyptian stele.

Minister of State for Antiquities Mohamed Ibrahim explained that the newly-discovered stone artefact is the right section of a New Kingdom stele, on which is displayed a complete, illustrated list of various offerings to ancient Egyptian deities. A collection of geese, vegetables, fruits, bread, and cattle is depicted.

Although the cartouche of the owner or the reign when it was engraved has not yet been identified on the stele, Ibrahim said that it would reveal more of the history of this mysterious area, which includes monuments from the early pharaonic to the Ptolemaic era.

Mohamed El-Beyali, head of the ancient Egyptian department at the Ministry of State for Antiquities, said that initial studies on the stele show that it can be dated to the late 18th or the beginning of the 19th dynasty.

He added that Matariya is a very important archaeological site, as it was a centre for the worship of the sun god Aten and it was the capital city of north Egypt. The site includes an obelisk of Senousert I, a collection of ancient Egyptian and Ptolemaic tombs, and the remains of one of the oldest universities ever. A collection of columns from the time of Ramses II has also been found.

All construction work has now been put on hold in order to excavate the area, to reveal more of its heritage.