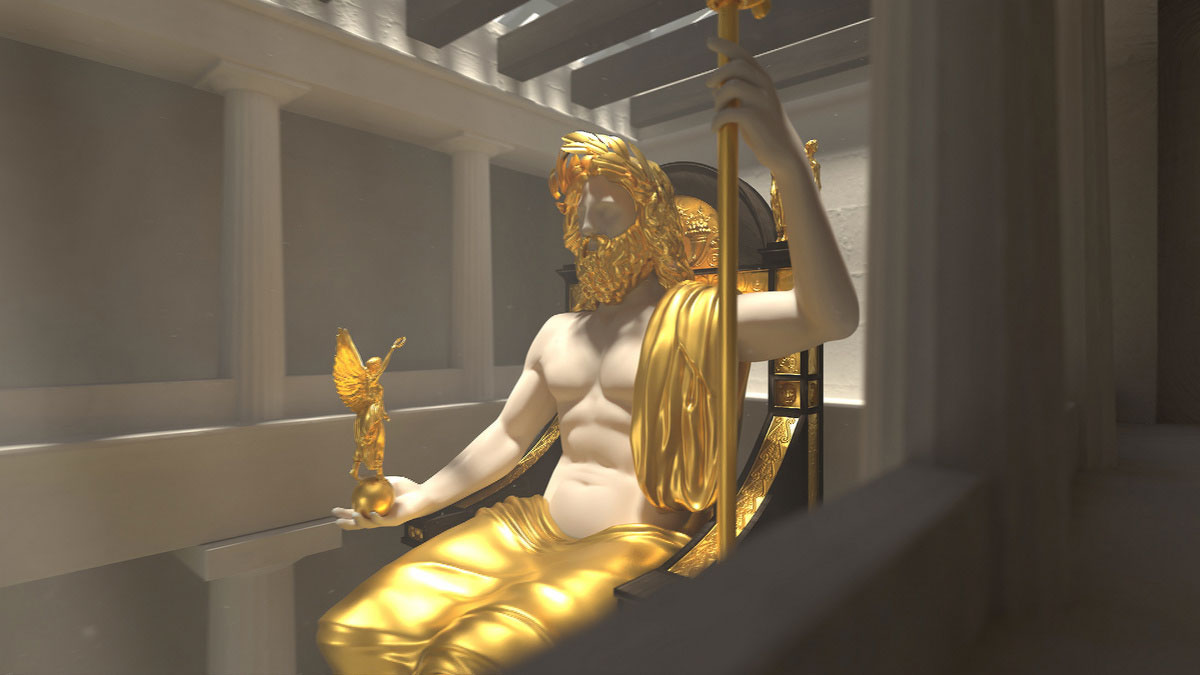 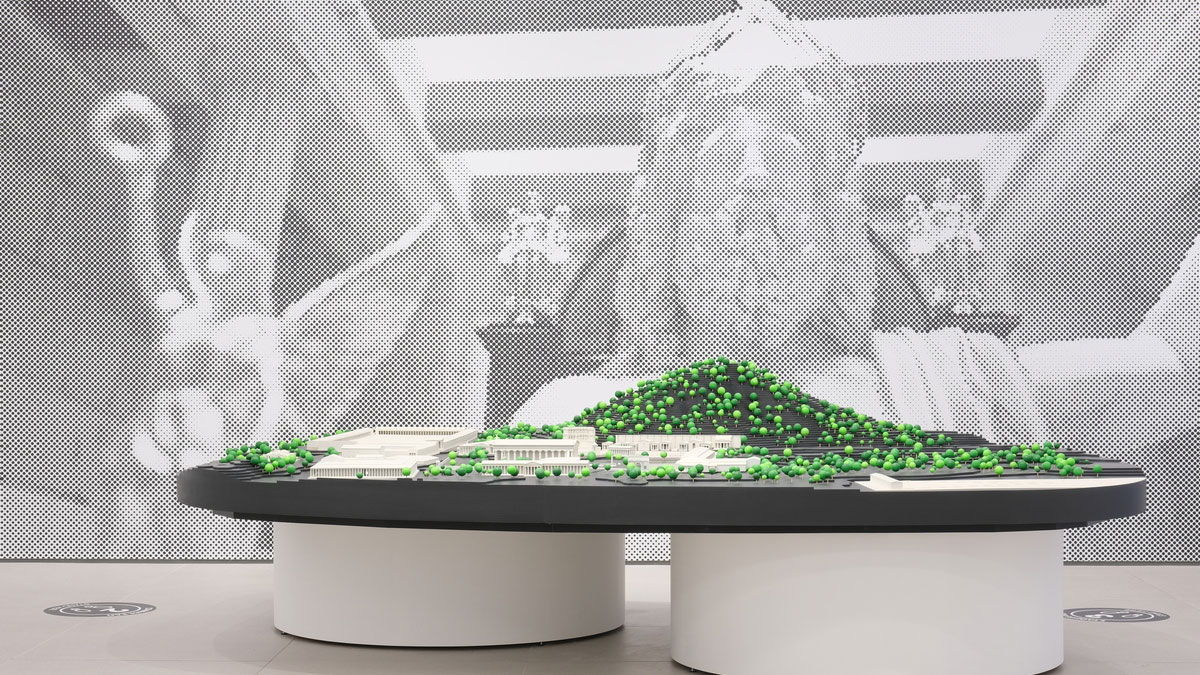 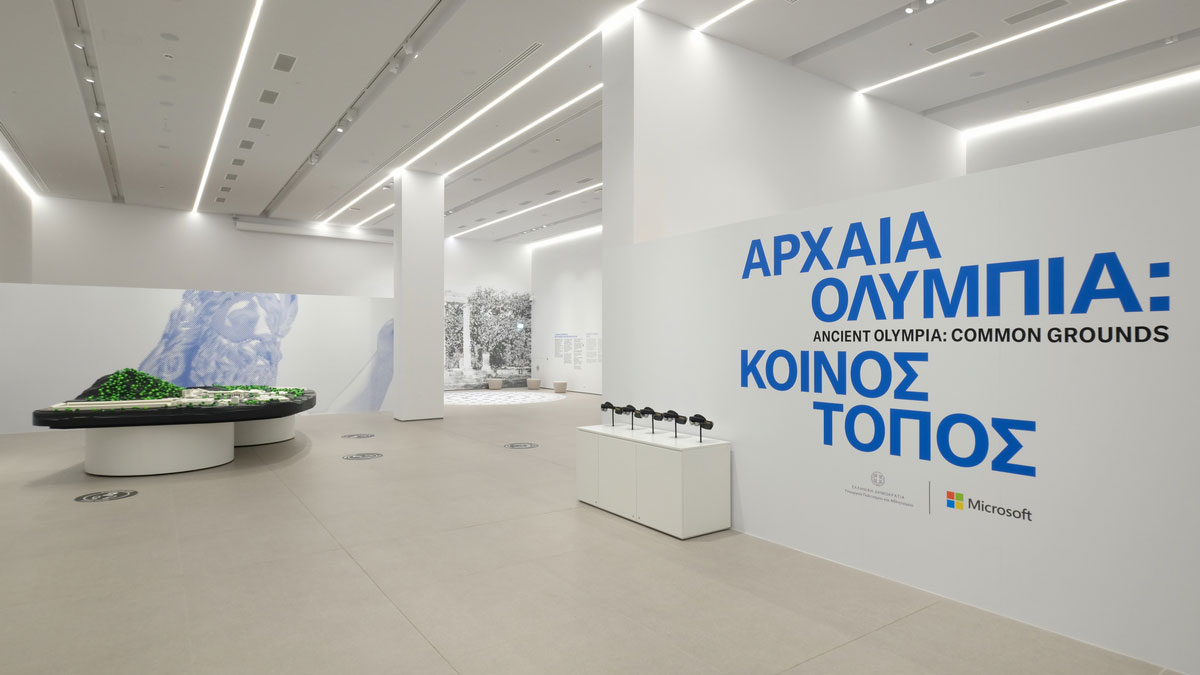 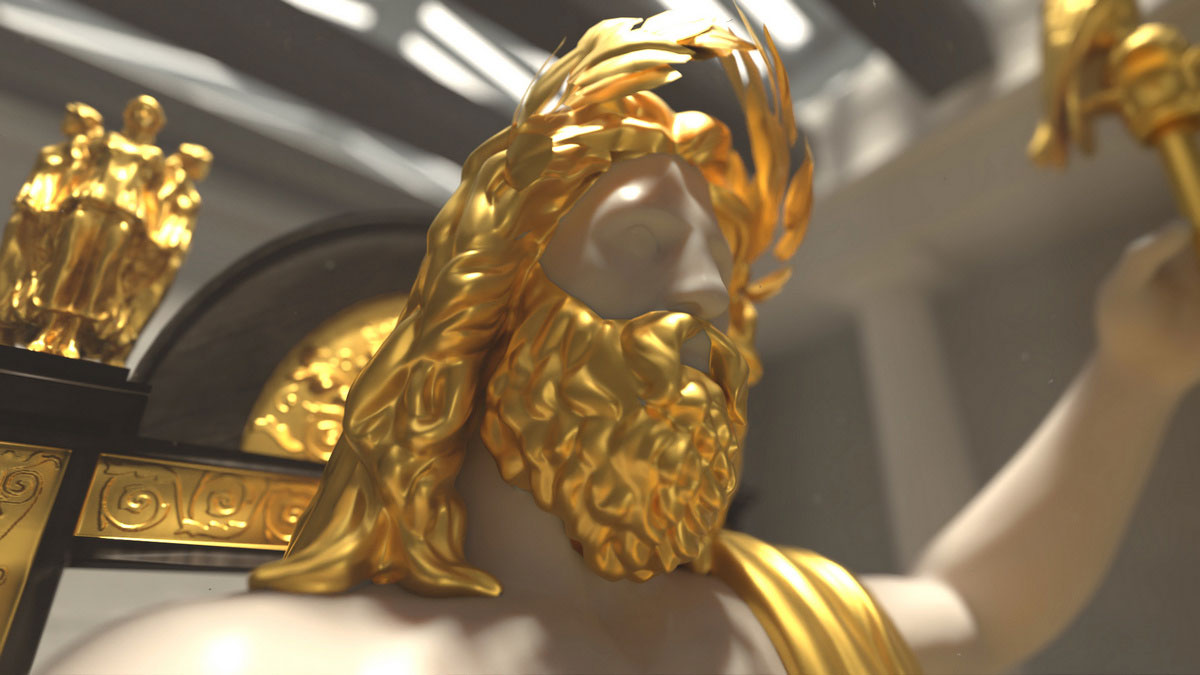 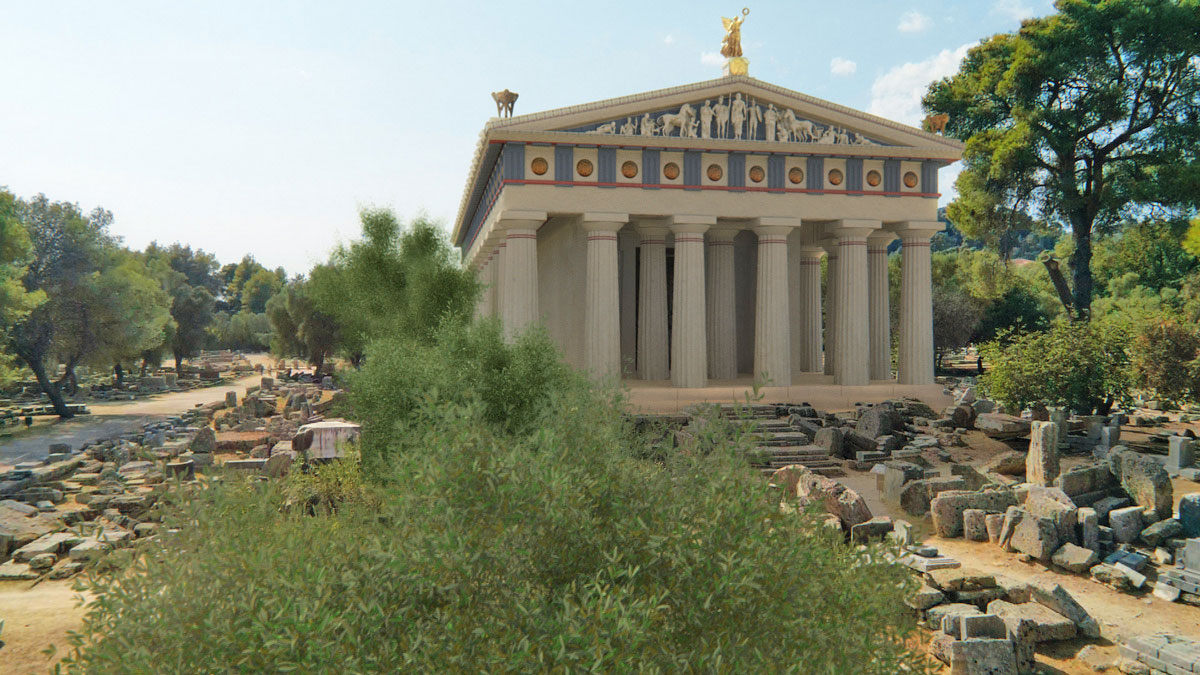 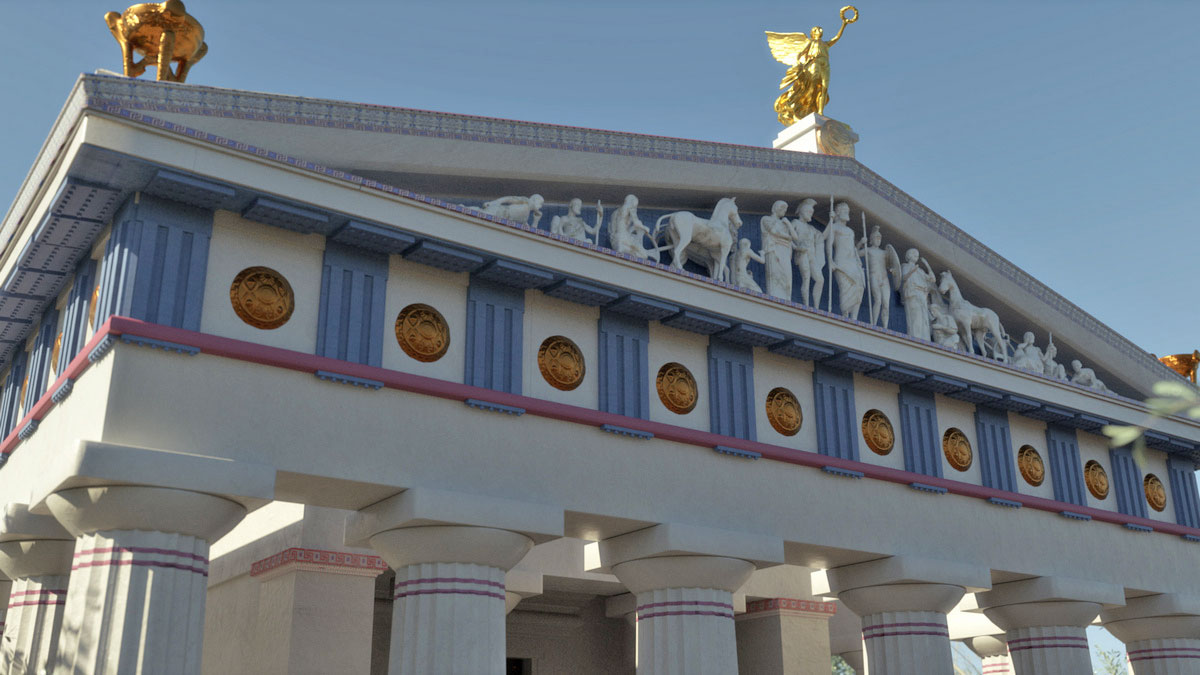 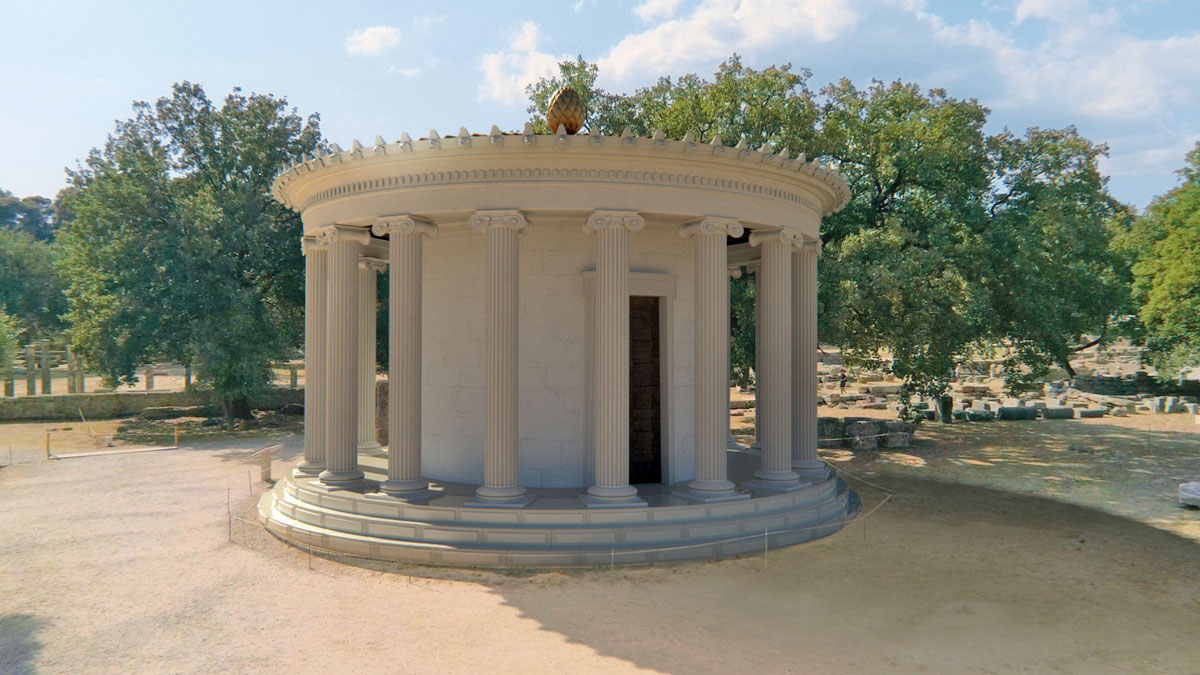 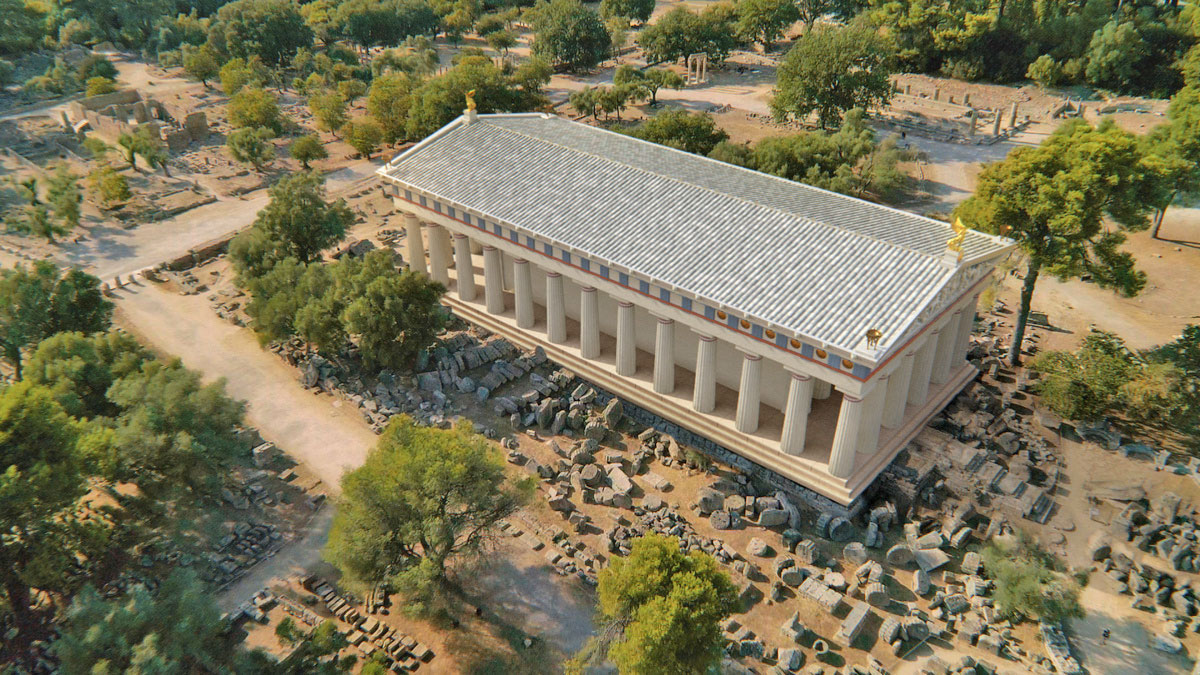 Ancient Olympia as it was 2,000 years ago

Ancient Olympia as it was 2,000 years ago

“Ancient Olympia: Common Grounds” is a project resulting from the collaboration between the Ministry of Culture and Sports and Microsoft and concerns the digital preservation and restoration of Ancient Olympia, the birthplace of the Olympic Games, using artificial intelligence. The project was presented to the public, attended by President of the Republic Katerina Sakellaropoulou and inaugurated by Prime Minister Kyriakos Mitsotakis.

This digitally revived project allows viewers around the world to explore Ancient Olympia as it was more than 2,000 years ago, experienced in an exciting way through an interactive mobile application, a PC experience, and the Microsoft HoloLens 2 exhibition housed in the Athens Olympic Museum.

The digital revival of Ancient Olympia allows the visitor to walk the streets of the archaeological site during one of the most important periods of history, that comes to life in a realistic, fascinating way not possible until now. This new form of digital archiving will continue to provide a “gateway” to another era, helping us to understand what humanity has achieved in the past and reminding us of what we can achieve today, the Ministry of Culture and Sports said in a statement.

“With the digital representation of the panhellenic sanctuary of Ancient Olympia, cultural heritage and the values of Olympism, peace, harmony, excellence and fair play, become accessible to the whole world through use of state-of-the-art technology. The project of digitally preserving the Cultural Heritage of Ancient Olympia through the use of technologies of Artificial Intelligence and Mixed Reality, implemented through the cultural sponsorship of Microsoft, promotes and highlights the unique and emblematic archaeological site of Ancient Olympia, contributes to the monuments’ research and mapping, promotes tourism  and the country becoming visible as a modern, strong democracy with a great historical and cultural past and unquestionable growth dynamics “, said Minister of Culture and Sports Lina Mendoni.

In total, the project digitally restores 27 monuments on the site, including the Stadium, the temples of Zeus and Hera, the workshop of Pheidias. In the 3D experience, these buildings are reconstructed in realistic detail, with painstaking research by an interdisciplinary team from the Ministry of Culture and Sports, to be as faithful as possible to their original appearance. This includes historical timelines of the changes of the place over time and images of artefacts from each period.

Through its AI for Cultural Heritage initiative, Microsoft collaborated with the Iconem technology company which specializes in digitizing historical sites in 3D, to create the model of Ancient Olympia. Using ground-based cameras and drones to capture hundreds of thousands of images of the archaeological site, Microsoft AI then processed them to create models so accurate as to be photorealistic.

The partnership between the Greek Ministry of Culture and Sports and Microsoft brought together people from different backgrounds, archaeologists, architects and programmers from around the world, to work, explore new ways of overcoming challenges and finally find a common ground to bring this project to life; not only to preserve the past using AI technology, but also to guide these principles into the future.

These monuments have survived thousands of years of weather conditions, wars, earthquakes, and changes brought on successively by the passage of time, and they need digital preservation to ensure that all the elements of a rich history and common values that they emanate will be passed on to future generations.

You can have the experience at olympiacommongrounds.gr  and download the application at the iOS application stores and Android from your mobile phone.

The exhibition “Ancient Olympia: Common Grounds”, which includes a virtual tour with HoloLens 2, is accessible in a special space granted to the Ministry of Culture and Sports in the Olympic Museum of Athens,that houses a significant part of our country’s Olympic heritage . The space has been made available by Lamda Development which is the Cultural Sponsor and is also responsible for its operation. Those interested can visit the Ministry of Culture ‘s exhibition at the Olympic Museum of Athens, located on 37A Kifissias Avenue, Maroussi. Visitors will have the opportunity to digitally explore, free of charge, the emblematic monuments of Ancient Olympia and live an exciting experience.

To watch the video of the presentation, click here.