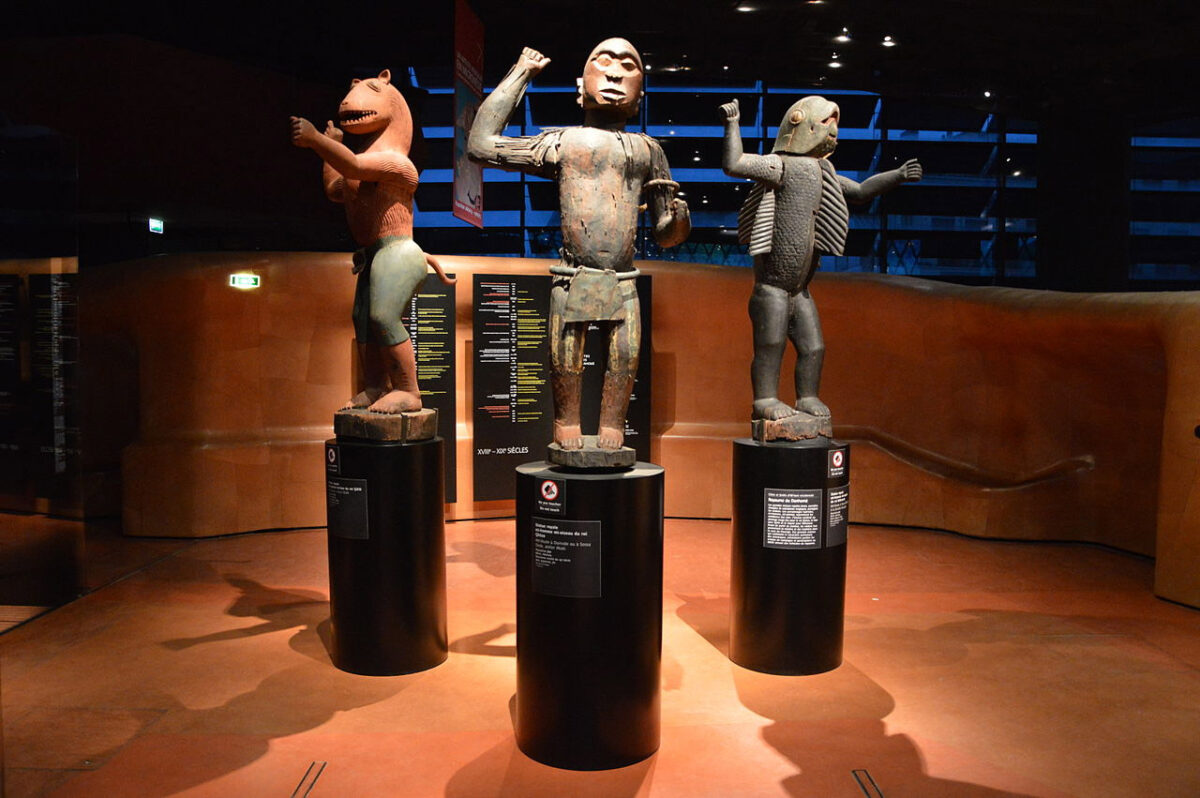 Benin has had looted art works repatriated from France

"A testament to our existence" said the country’s president

Twenty-six works of art stolen in 1892 by soldiers of the French colonial power in Benin have been returned to that country: a landmark repatriation in the long struggle of African countries to recover looted artifacts.

The artworks, which include the gates of Abomey Palace and royal thrones, were returned to the country during an official ceremony in the presence of President Patrice Talon. Talon received the works from the French government in Paris on Tuesday.

The artefacts will initially be housed in a museum in the city of Ouida before being transferred to a new museum being built in Abomey, where the royal palaces of the Kingdom of Dahomey are situated.

This repatriation is the largest in terms of the number of art works that France has conducted in a former colony, but represents only a fraction of the 5,000 works claimed by Benin and the tens of thousands of confiscated African works held in France.

Approximately 90% of Africa’s cultural heritage is now believed to be in Europe. The Musée du Quai Branly alone houses some 70,000 African artefacts. A 2018 report commissioned by the French government stated that around 46,000 of them were eligible for repatriation.

This report by Senegalese economist Felwine Sarr and French art historian Benedicte Savoy recommended  the complete repatriation of all works of art acquired by force or allegedly acquired through unjust terms.

France has returned many other artefacts to former colonies in Africa and stresses that it intends to continue doing so. However, advocates for the return of works of art to their countries of origin, including Talon, said the process was too slow and limited in scope.

Many other European museums and governments have also started returning works of art to Africa at a time when its institutions are struggling with the cultural heritage of colonialism.

The German government announced in April that it intended to begin the return of the so-called “Benin Bronzes”, bas relief copper alloy sculptures from the Kingdom of Benin, to Nigeria next year.