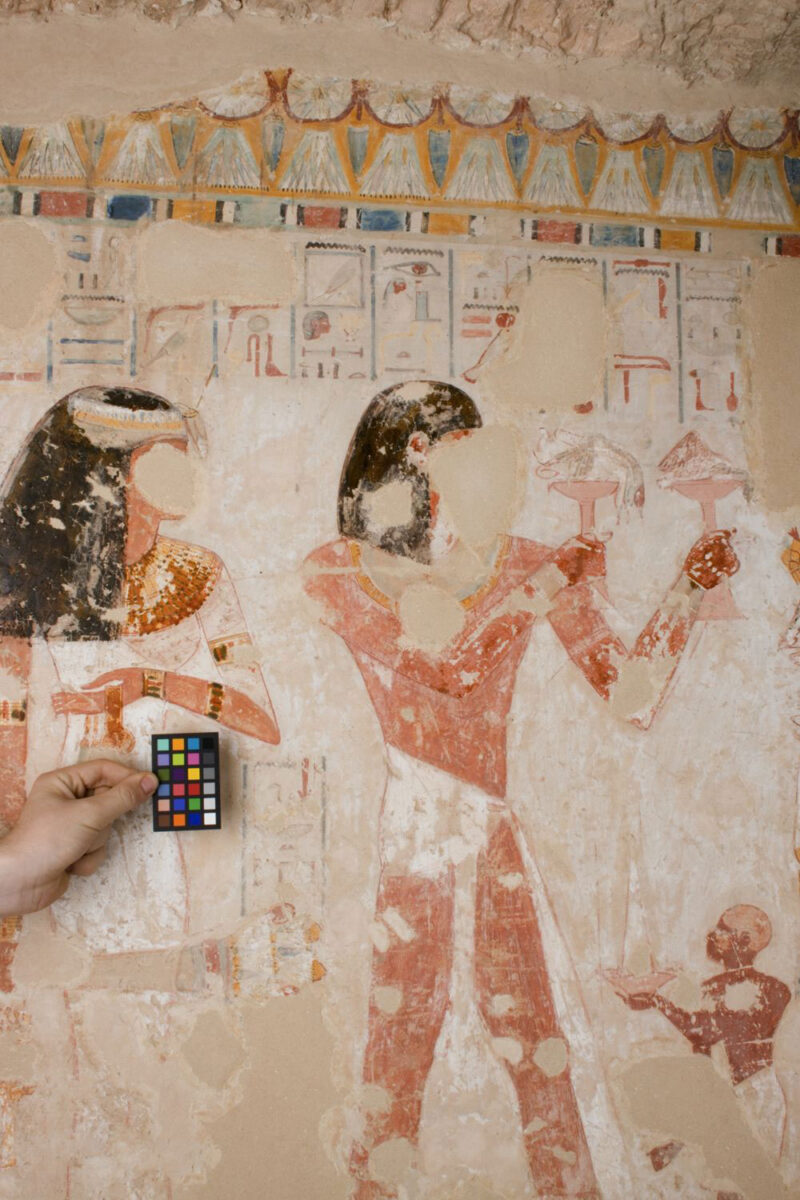 Archival material from the Tomb of Menna and the Akhenaten Talatat Project Conservation has now been launched online on the open access conservation archives website of the American Research Center in Egypt (ARCE). The launch has taken place in partnership with UCLA Library and funding from the U.S Department of Education.

The Akhenaten Talatat Project Conservation boasts 921 records documenting the Amarna-style blocks and conservation efforts led by project director, Dr. Jocelyn Gohary, in the Pennsylvania Magazine in Luxor. Through the documentation project, Egyptologists were able to recreate scenes from dismantled monuments which had been commissioned by ‘the heretic King’ during his first five years on the throne, thus retrieving information on the early stages of his  “religious revolution”.

The Conservation and Documentation of the Tomb Chapel of Menna (TT69), a project led by Dr. Melinda Hartwig, spans 732 records documenting the high-quality painted walls of the Theban tomb in detail, as well as the conservation and documentation efforts carried out by an interdisciplinary team of experts. The Tomb of Menna, at Sheikh abd el Qurna, dates from the era of Thutmose IV. It is a rock-cut typical T-shaped Theban nonroyal elite tomb and and its wall paintings reflect the heights Egyptian art had reached during the mid-18th Dynasty.