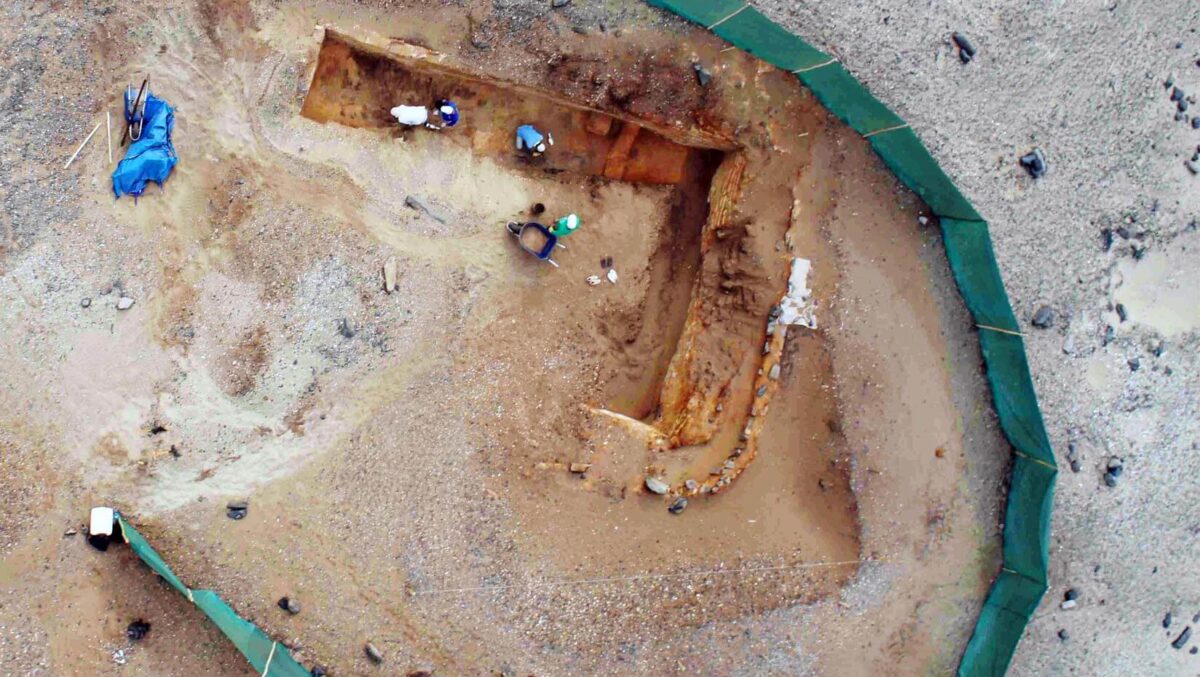 Oldest adobe architecture in the Americas unearthed in northern Peru

In a University of Maine-led research

On the north coast of Peru, researchers have discovered the oldest adobe architecture in the Americas, constructed with ancient mud bricks carved from natural clay deposits created by floods caused by El Nino.

The pre-Hispanic bricks — carved from sedimentary layers versus created by mixing clay, temper and water — date the invention of adobe architecture to more than 5,100 years ago, according to the international research team led by archaeologist Ana Cecilia Mauricio.

In the Andes, early adobe monumental structures are associated with communal ceremonies and the rise of social complexity, the team notes.

The findings were published this month in the Proceedings of the National Academy of Sciences and the journal Nature highlighted the research. Kelley and Sandweiss are co-authors on the paper.

Mauricio, now a professor of archaeology at the Pontifical Catholic University of Peru, has been conducting archaeological and geoarchaeological studies at the site of Los Morteros and the Archaeological Complex of Pampa de las Salinas in the lower Chao Valley since 2012. Los Morteros had been considered a burial mound until a UMaine research team led by Sandweiss and Kelley used georadar in 2006 and 2010 to show evidence of buried architecture.

Mauricio’s research showed that the mound once thought to be a natural phenomenon is the site of monumental architecture. Evidence of human occupation included stone hearths containing small fish bones, charcoal and scallop shells, and rooms made of adobe bricks, with plastered walls and clay floors.

A news release from Pontificia Universidad Católica del Perú is translated below:

With more than 5100 years antiquity, the oldest adobe architecture on the continent was discovered in the Chao valley, La Libertad

An investigation at the Los Morteros site in the Chao Valley – La Libertad has discovered the oldest monumental construction of adobes in America. The adobe structures are 5500-5100 years old and were built almost a thousand years before Caral.

November 2021 — In a study recently published in the prestigious scientific journal PNAS, a multidisciplinary team of researchers from the Pontifical Catholic University of Peru (PUCP) and the University of Maine in the United States, documents the previously unknown technological evolution of the pre-Hispanic Andean adobe, the central component of the ancient architectural tradition of earth in this region.

This geoarchaeological investigation carried out at the Los Morteros site, Chao Valley, has discovered the oldest adobe architecture on the continent dating back more than 5,100 years. These buildings, with monumental characteristics, were made using adobe cut from natural clay deposits, created by floods caused by the El Niño phenomenon. This research has discovered that the beginning of adobe construction technology is related to the use of natural deposits.

With the passage of time, the pre-Hispanic adobe was made more durable by mixing clay with temper and water. This finding proposes that the beginning of adobe architecture in the Andes is associated with the construction of monumental structures for communal ceremonies and the emergence of social complexity.

Ana Cecilia Mauricio, professor of Archaeology at the Pontifical Catholic University of Peru and director of the research, points out that the importance of this site is due to the fact that it contains key information to understand the origin of monumental constructions and adobe construction technology.

The adobe constructions of Los Morteros would have had similar functions to the pyramids of Caral, but they were built almost a thousand years earlier and are of a smaller scale, considering their age.

“In this study we propose that adobe architecture became an important Andean architectural tradition, after a long period of experimentation and technological evolution, both in its form and in its composition”, indicates the professor of Archeology at PUCP.

The adobe structures
The article “The earliest adobe monumental architecture in the Americas”, highlights that adobes or mud bricks are constructive elements that have defined the main architectural traditions of the Andes over thousands of years. From the Moche pyramids and the ancient city of Chan Chan, in pre-Hispanic times, to the Spanish mansions of the colonial period and rural houses in contemporary South America, adobe has been the central component of Andean architecture.

The discovery of remains of an early monumental building constructed primarily of adobe at the Los Morteros site (lower Chao valley, northern coast of Peru), places the invention of adobe architecture more than 5,100 years ago. The unique composition, internal and chronological structure of the Los Morteros adobes can be defined as the construction of the oldest adobe monumental building in America.