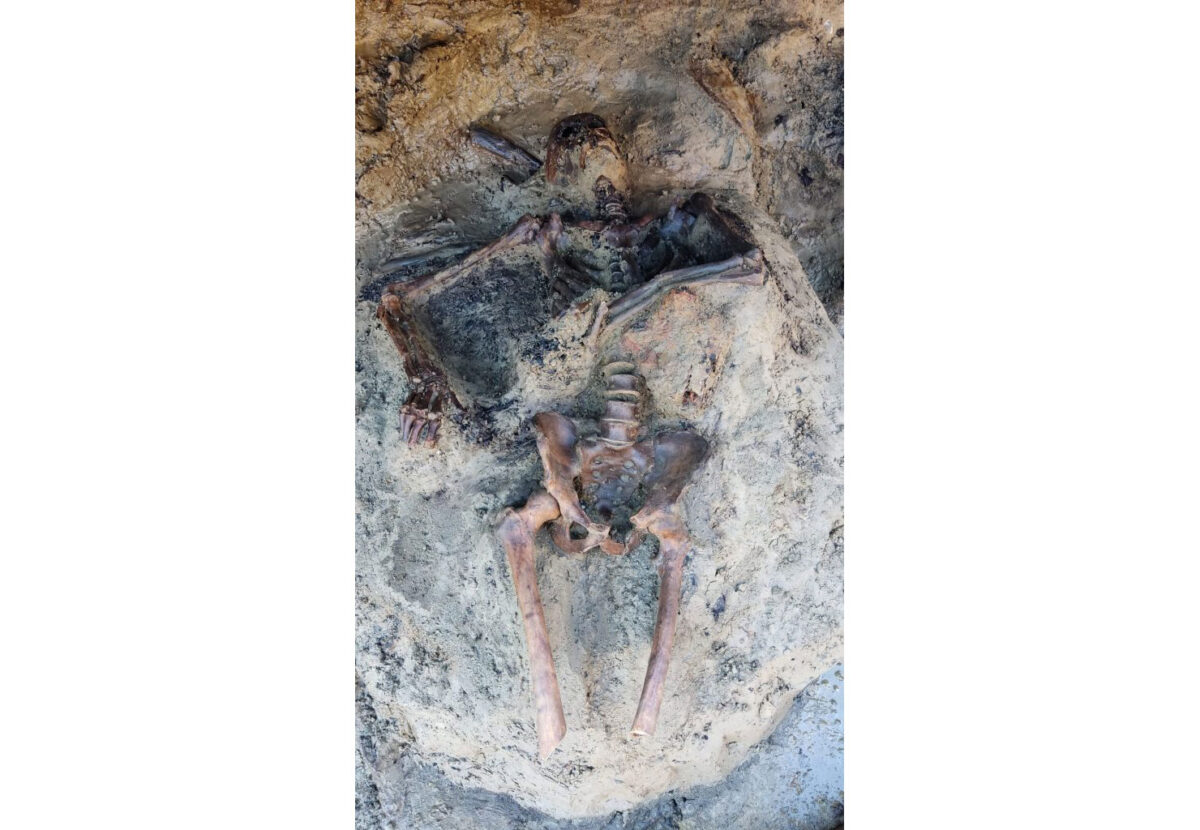 During excavations at the Roman coastal retreat of Herculaneum archaeologists have unearthed the remains of a man described as the “last fugitive”, a victim from the Vesuvius eruption in AD 79.

The man was aged between 40 and 45. Skull and bones are heavily blackened and his body shows indications of numerous heat-induced fractions. A cloth shoulder bag was found under the left arm of the victim. The satchel contained a wooden box with metal objects, pieces of cloth and probable traces of gold finish.

The man was on the seashore at the time of his death or had been dragged there by the force of the eruption, as the evidence suggests. The extremely high temperatures of the pyroclastic flow from the volcano caused the instant evaporation of tissues and internal organs, leaving only the skeleton in a mass of ash, gas and debris.

The skeletal remains along with the contents of the shoulder bag will be transferred to a laboratory on site, in order to be studied.

The director of the Archaeological Park of Herculaneum said that the park resembles “a multidisciplinary open-air laboratory”, in which every step of work is documented and surveyed. The goal is to give a snapshot of what happened on the Herculaneum beach on August 24, 79 AD.