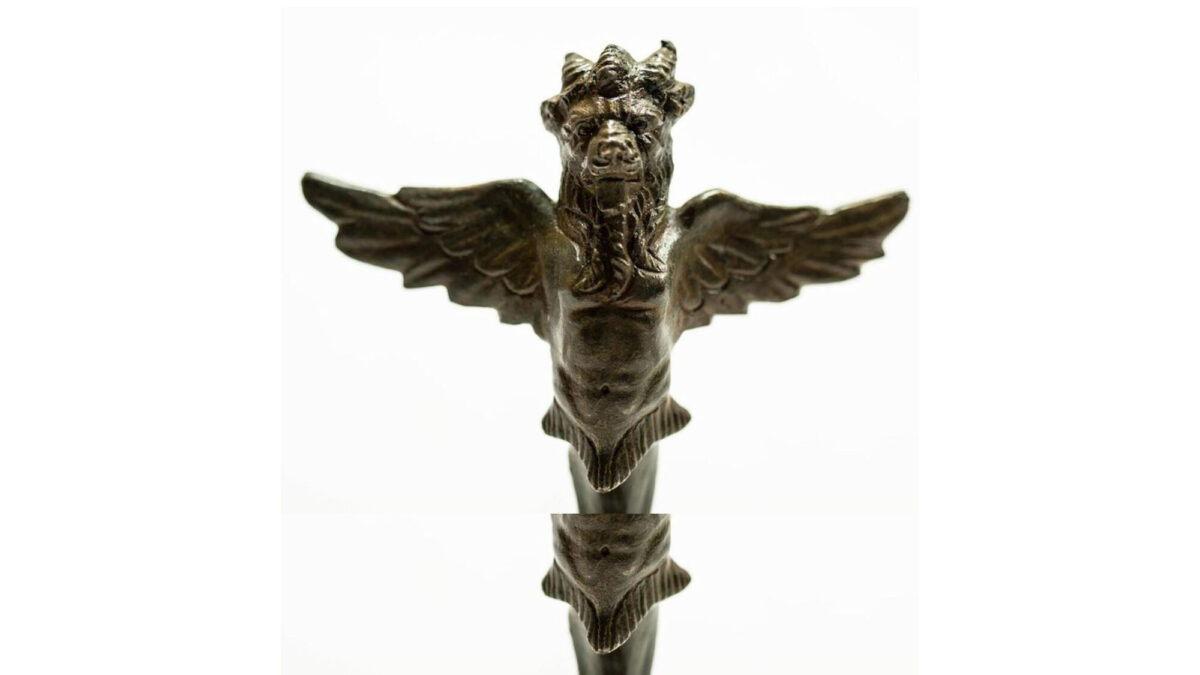 The artifact is a bronze statue of a mythical creature with eagle wings, a lion’s head, and a huge bird’s foot with claws. The statue dates back to the time of the Roman Empire in the first century AD.

Dr. Sabah Aboud Jassim, Director General of the SAA, is beyond grateful for the great and continuous support provided by His Highness Sheikh Dr. Sultan bin Muhammad Al Qasimi, Supreme Council Member and Ruler of Sharjah.

The support of His Highness the Ruler is considered a mainstay in excavating and exploring artifacts and antiques. These discoveries also highlight the important activities carried out by the SAA, and enhance Sharjah’s position on the world’s archaeological map.

He stressed that the discovery indicates the existence of a trading network between Mleiha and ancient empires in the past, pointing out that the shape of this mythical creature was depicted in many Roman artworks in architecture, decorations, wall panels, furniture, and jewelry.

Dr. Sabah explained that the artifact is part of a censer bearing three statues of similar shape and distributed in a symmetrical circular shape, topped by a large and luxurious bowl used for burning incense.